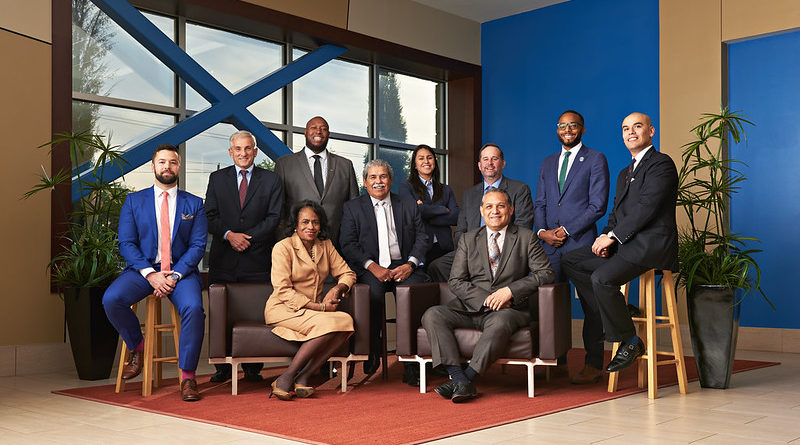 Editor’s Note: See the May issue of Preston Hollow People to find out what two guidance counselors said about preparing for the college admissions process during the COVID-19 pandemic, as well as a look at Dallas ISD’s pivot to online instruction when school buildings were closed.

When education moves off-campus during a pandemic, and you’re a large urban school district where student living situations vary from two college-educated parents who are also at home to homeless families, and everything in between, determining grades becomes a challenge.

It’s a situation Dallas ISD leaders have grappled with, and they’re not alone – two of the country’s largest urban districts were faced with the same issue.

How do you grade fairly but also keep students motivated to continue to log in and learn?

At the beginning of the disruption, Los Angeles told teachers to grade and provide feedback to students and to help them have opportunities if they can’t access online instruction, Education Week reported.

New York City said it would give teachers the ability to adapt lessons and expectations if students don’t have access to the technology to learn online or don’t have the same support as other students at home.

Ultimately the Los Angeles Unified School District adopted a policy that eliminated the “F” grade entirely, and will offer summer school to more students. Schools and colleges are encouraged to work one-on-one with students who may be a credit or two short of graduation because of COVID-19 shutdowns, too.

In Dallas, trustees took up the matter at Thursday’s school board meeting as part of a discussion that would give district staff the ability to make adjustments to grading policies during the pandemic-related shutdown.

What the district did come up with, Dallas ISD leadership explained, was a hybrid of pass/fail that would still provide letter grades, but would not unfairly penalize students, too.

The prevailing mantra, it seemed, was “first, do no harm.”

The district will adopt a hybrid of a pass/fail system that will base grade point averages and class rankings on the first semester’s averages. Grades will come from the district’s comprehensive curriculum rather than from teacher-created assignments to create consistency across the district, and all assignments – whether it’s a project, classwork, homework, or a test – will be weighted the same.

Weekly grades for core subjects like math or English have been reduced to one grade, instead of a minimum of two.

When students return next year, the district will begin assessing students to see if there are areas that need to be shored up academically, so teachers can create a plan to help students who may be a bit behind.

Trustee Dustin Marshall said he had been fielding phone calls and emails from parents and students concerned with grade point averages and class rank. He said several parents had asked about the possibility of allowing students to choose whether they would want a pass/fail or whether they wanted their second-semester grades to count on the GPA. Others asked if the first six weeks of the second semester could count toward the GPA, and the rest of the semester be pass/fail.

“The challenge comes when you have to average for the year, it’s composed of two semesters for almost every single grade level and every single course, with a few exceptions,” Stephanie Elizalde, chief of school leadership, explained. “You must have an average of two semesters in order to determine if the students pass the course.”

The district’s solution, she said, would give a student a grade for the second semester, but wouldn’t make it “high stakes.” The semester grade wouldn’t be incorporated into class rank and GPA decisions, and would only be used to determine if you’ve passed the course and get credit for it. If the district created a system where some students have grades count, and some don’t, the GPA comparisons would be inconsistent.

“I recognize that every parent wants what is best for their child. But everyone isn’t in the same situation.” – Stephanie Elizalde

“I recognize that every parent wants what is best for their child,” Elizalde said. “But everyone isn’t in the same situation.”

Elizalde said giving that choice in pass/fail or regular grades for the semester actually creates inequities, because it’s saying, “those who have access will have the greatest opportunity for a grade” that will be incorporated into GPA or rank.

“It’s only a choice if I have equal access,” she said, saying that some students are working two jobs now to help supplement family income after parents were laid off because of COVID-19 business closures, or are babysitting siblings, or maybe have only just received access to WIFI, and just cannot perform as they did prior to the pandemic.

Justin Henry pointed out that many students lost access not only to school, but to libraries, after school programs, and recreation centers, too, where they may have received support or access to technology or research.

As for factoring in the work from the first six weeks of the semester, Elizalde said that it could also unfairly penalize students because one bad six weeks in a semester isn’t always reflective of how the student would perform the rest of the semester.

“Education is cumulative,” she explained, adding that a student might struggle with a new principle in the first semester, and then “a light bulb goes off” and they are able to apply the principle and demonstrate they understand it in subsequent grading periods.

Tough, new concepts are often introduced in the first six weeks, and then teachers expand on those concepts through the next grading periods, but in a COVID-19 crisis world, students might have more difficulty demonstrating they’ve grasped the concept like they would in a classroom setting.

“Not all six weeks are created equal,” trustee Ben Mackey, who has been a principal, agreed.

Another wrinkle was how certain collegiate bodies would weigh grades, staff told the board.

“When we researched this, we found that the NCAA was giving students with a pass grade the lowest possible grade – we would be penalizing athletes if we did this,” district chief academic officer Ivonne Durant explained, adding that the organization was still not explaining the weight they would give grades, even now.

Marshall said that some of the feedback he received from parents was centered around the college admissions process, and pointed out that many universities had gone to an optional pass/fail system – including SMU.

“First of all, we’re not a college or a university,” Elizalde replied, adding that while GPA is important in college, it’s vastly different from the stakes for high school, where it can determine college admission.

“I would add that high school is compulsory, college is voluntary,” superintendent Michael Hinojosa added.

Durant explained that they had looked at what many other school districts had done – which was use the first semester in determining class rank. “We wanted to try to be uniform,” she said.

The University of Texas, she said, indicated that admissions would recognize grades from students whether it was a pass/fail or letter grade, but that the district’s aim was to “give the students as much runway as we could.”

Elizalde said research done by staffers seemed to indicate that most colleges and universities in Texas would only be looking at second-semester grades if it helped students – not if it harmed their chances.

“I was pleasantly surprised,” she said, adding that the district’s plan to put number grades on transcripts, but not factor them in to GPA and rank, was felt to be helpful to college admissions offices they talked to.

Trustee Joyce Foreman said she had been hearing from parents about students who haven’t received their hot spots yet, and haven’t been able to log in.

“How do we deal with that situation and assess them?” she asked

“There has been a tiered approach with those students who are getting assistance one-on-one,” she said, and students with accessibility issues are being given more time to complete lessons, too.

“We’ve made sure that we’ve instructed teachers to tell us if they’re not making contact,” Elizalde said. If that’s the case, district staff will reach out to see if there are student needs that should be addressed.

Incomplete grades – not fail grades – will be doled out “if necessary,” and students will be able to lobby for grade corrections if they were able to complete an assignment, but perhaps not in the timeframe given.

Short of outright refusal to do the work, Elizalde said it would be a rarity for a student to get a 60.

Special needs students, Durant said, are also getting assistance. The district has begun weekly sessions to help guide parents on doing distance learning with their children, and have started the process of sending any manipulatives and learning aids directly to the student’s home. Students are also being contacted directly by their teachers on a daily or weekly basis.

District staff is also checking in with parents to make sure they have the technology to access lessons and those online sessions. If they don’t, the district is providing tablets and laptops to those families – Durant said the district passed out 170 devices this week alone.