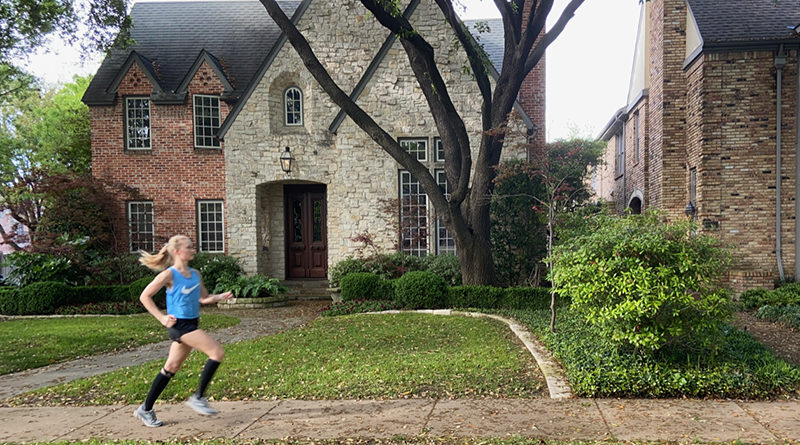 Keely Brown began running as a college freshman, finding it gave her the solace she sought during a transitional period in her life. Now she’s harnessing its power for a run across the U.S. dedicated to cancer patients. 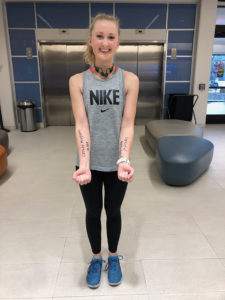 “Running has made an incredible difference in my life,” said Brown, now a graduate of Davidson College in North Carolina. “I truly believe in the power of running for coping, for healing.”

The cause is close to Brown’s heart. Her mother, Annette, was diagnosed with breast cancer when Brown was only 8.

“It’s really scary, and it can be merciless,” Brown said. “Nobody ever wants to hear that diagnosis for themselves or anybody they know.”

At the time, Brown knew nothing about cancer, except that it could be fatal. “I just remember sitting at recess afraid by myself, praying that she would be alright,” Brown said.

Aspiring to help other families touched by cancer, Brown serendipitously came across an Instagram advertisement for the Ulman Foundation, a Baltimore nonprofit supporting 15-to 39 year-old cancer patients facing such challenges as social isolation, fertility preservation, financial concerns, and survivorship.

The runner joined Ulman’s 4k for Cancer program, a 49-day journey beginning June 21 in Baltimore and ending Aug. 8 in San Francisco. Brown and 33 teammates in ‘Team Tetons’ will run 6 to 16 miles daily, volunteering at hospitals and cancer centers, and listening to survivors’ stories. She hopes to “give somebody who’s struggling with cancer a wave of love or a spark of hope.”

“I truly believe in the power of running for coping, for healing.” -Keely Brown

Brown also is eager to explore other states and foster connections with teammates. “The bonds you make in this kind of journey, just kind of stick you together for life,” she said.

Brown is dedicating her trek not only to her mother but also to others, including her Uncle Rick, and Ed Neigh, her late bagpipe instructor and inspirational mentor from North Carolina, making them “honorary teammates.”

She moved to the Park Cities in high school. “You may recognize me as the pipe major of the bagpipe corps or drum major of the marching band from 5 years ago,” Brown said.

Most challenging, Brown said, will be having the perseverance to keep going when the novelty of the experience wears off and physical and mental exhaustion sets in. Brown has been training since January with a routine of running four days a week and three days of cross training and strength exercises. 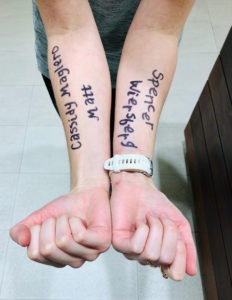 Working towards a $4,500 fundraising goal, Brown has organized virtual races, in which participants run from any location and compete to earn medals. Proceeds fund services including exercise programs, patient navigators, housing, and scholarships.

Now that her mother has been in remission for many years, Brown has learned to be comfortable confronting painful topics and having uncomfortable conversations. “If you keep silent, that usually makes it worse. It makes it a lot harder and you feel so much more alone.” Along her journey, Brown says “I hope that I’ll have the courage to ask tough questions.”

You Can Help: Visit give.ulmanfoundation.org/4k-2020/keelybrown to donate.