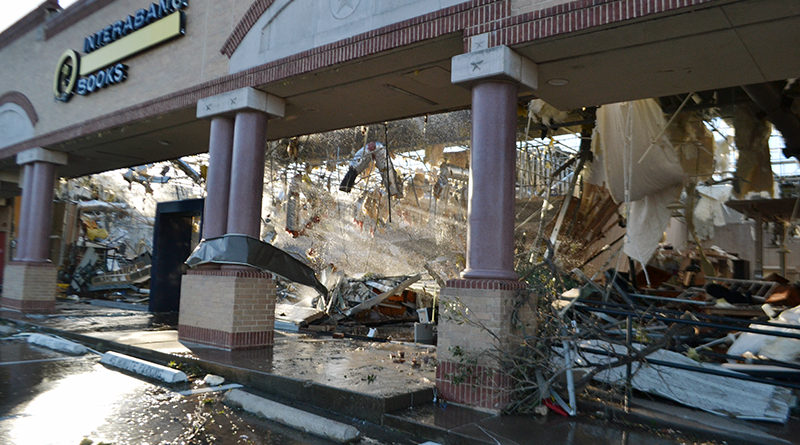 With tornado coverage that started from the time the sirens sounded, the staff at People Newspapers took on the task of covering a tornado that hit Preston Hollow hard – and now that coverage has garnered the team accolades.

In an announcement May 21, the Local Media Association named the winners of its Local Media Digital Innovation Awards. Our coverage of the EF3 tornado that hit Dallas won third place in the Best Digital News Project category, among news sites with 750,000 or fewer unique visitors.

“… this entry was hyperlocal reporting at its best, presented well online. Strong reporting in a crisis situation.”

“People Newspaper’s tornado coverage began Sunday night, Oct. 20, from the deputy editor’s linen closet as an EF3 twister hit. For two weeks solid, they provided hourly and then daily and then weekly updates on things their readers cared about – when the electricity would come back on, when schools would reopen, and road closures,” the announcement said. “Judges noted this entry was hyperlocal reporting at its best, presented well online. Strong reporting in a crisis situation.”

“Getting recognized for our work is exciting, almost as exciting as covering a big story such as a tornado,” said People Newspapers Editor William Taylor. “The storm hit shortly after new deputy editors Bethany Erickson and Rachel Snyder came on board and allowed them to prove immediately what great additions they were to the People Newspapers team.”

“I’m so proud of the work our small but mighty editorial team does,” said publisher Pat Martin. “Their coverage in the early hours and days following the tornado was extraordinary, and rivaled that of the metro daily paper.”

The contest recognizes the best in local digital media in 11 categories and is designed to recognize both large and small media companies. Instructors and graduate students from the Medill School of Journalism at Northwestern University judged the contest.

The full announcement is here. To see our ongoing tornado coverage, click here.

One thought on “People Newspapers Picks Up Award for Tornado Coverage”