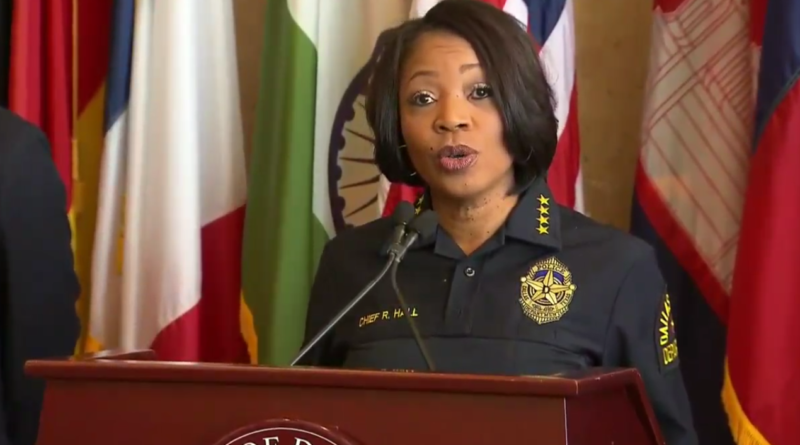 UPDATED AT 6:11 p.m. to include Plaza at Preston Center, and updated again at 9:45 to include information about Sunday closures.

After a night of unrest and looting downtown, some local shopping centers have opted to close early for the day.

Peaceful protests in Dallas that were part of a nation-wide chain of protests regarding the death of George Floyd in Minneapolis and Breonna Taylor in Kentucky ended late Friday and early Saturday morning with fire and destruction downtown. By all accounts, the protest itself ended at nightfall and was peaceful, and the rioting began after the crowd began to disperse.

In a press conference, Dallas Police Chief Renee Hall said she recognized the hurt and anger over the deaths of Floyd and Taylor, who each died in what would normally be innocuous encounters with police. One officer at the center of Floyd’s death has been charged with third-degree murder.

She also, she said, was supportive of the protesters’ efforts to bring attention to police brutality.

“We love this community. We trust this community. And we’re going to continue to work alongside of everyone – those who we’ve offended in the past – we acknowledge, we fix, we move forward,” she continued. “We work together to build a stronger Dallas, a stronger Texas, a stronger United States of America. But it does not happen by tearing up property and hurting people.”

NorthPark Center closed early Saturday, as did Highland Park Village, and the Plaza at Preston Center. According to Dallas City Council member Cara Mendelsohn, the Galleria has closed as well.

“Out of an abundance of caution, please note that NorthPark will be closing ‪for the remainder of the day,” NorthPark Center stated on Facebook. “Thank you for your understanding.”

Social media chatter regarding a second day of potential violence targeting the Uptown area, Highland Park, and NorthPark Center may have partially prompted the decision, which a NorthPark Center spokesperson said was upon the advice of the Dallas Police Department.

“Tonight we have two separate protests scheduled,” Hall said. “We will be out in full force and we will enforce the laws of this city. We hope and pray that everyone who shows up has the same mindset we all  do – that it’s time for change. It is truly time for change in law enforcement in this country.”

The city later said that protests were planned at 4:30 p.m. at both NorthPark and the Galleria.

By 9 p.m, NorthPark announced on Facebook that it would remain shuttered Sunday as well. Highland Park Village and the Galleria also followed suit, according to a report from the Dallas Morning News.

Hall said that things like new policing methods and good city leadership that recognizes there is a problem indicates that “that change is coming.”

Not long after Hall spoke, Gov. Greg Abbott said that the state would be making available additional resources to cities that have experienced the biggest incidents of destruction – Dallas, Austin, San Antonio, and Houston.

“Texas and America mourn the senseless loss of George Floyd and the actions that led to his death are reprehensible and should be condemned in the strongest terms possible,” said Abbott. “As Texans exercise their 1st Amendment rights, it is imperative that order is maintained and private property is protected.”

Abbott said that, after conferring with law enforcement and mayors in those cities, the Texas Department of Public Safety has sent more than 1,500 officers to assist local police departments.

The peaceful protest of about 700 protesters is moving Southbound on N Field St. at Federal St. please find alternative routes if traveling in the area.

However, as the day wore on, police used tear gas to disperse the crowd as groups of people apparently peeled off and began once again throwing objects at police, according to scanner traffic. As of 9 p.m. there had been no protests at any properties in Preston Hollow and the Park Cities, but there was a brief report of looting at the Whole Foods in Uptown.

At about 7 p.m., Abbott announced that he was activating the Texas National Guard as well.

Governor Greg Abbott has activated the Texas National Guard in response to  protest violence throughout the state.

“Texans have every right to exercise their first amendment rights, but violence and looting will not be tolerated,” he said.

2 thoughts on “After Night of Riots and Vandalism Downtown, NorthPark Closes Early”