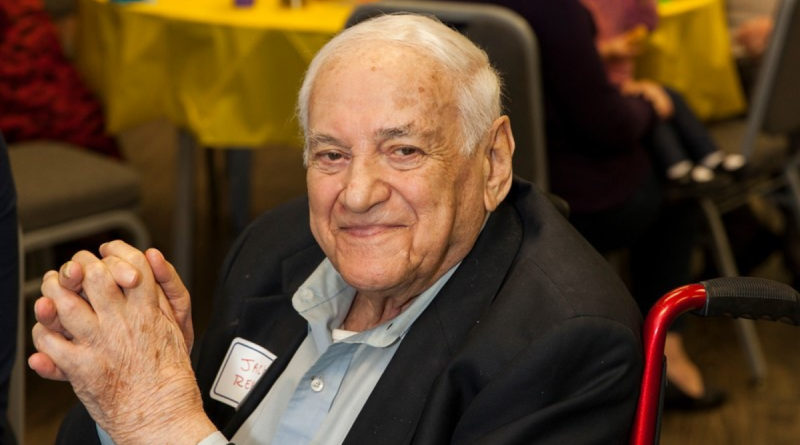 The late Jack Repp, a longtime Preston Hollow resident, was by any measure a remarkable man – surviving the Holocaust, making a life for himself and his family in Dallas, and spending years sharing his life story so that new generations could learn from a dark time in history.

Repp was born in 1923 in Radom, Poland, and – according to his obituary – had a happy home life until the German army arrived in 1939. First forced to a ghetto, then to several concentration camps (including Auschwitz and Dachau), when he was liberated he worked with the U.S. military to help track down his Nazi captors.

But he also endured the loss of his parents and most of his siblings, too.

After four more years in Europe – where he married his wife, Edna (also a holocaust survivor), he moved to the U.S. in 1949, eventually setting up his own clothing store in Dallas, and raised his children with her at their home in Park Lane. Edna passed away in 1995, and eventually Repp married Sarah Yarrin, who he met at Temple Emanu-El.

It was Sarah that convinced him to speak out about his experiences.

“For decades, Jack kept quiet about his past as a Holocaust survivor,” his obituary said. “With Sarah’s urging, he began to share his life story as a speaker at the Dallas Holocaust Museum. For 20 years he has lectured to students at the museum, public and private schools, universities and military bases.”

He later wrote a book with Rabbi Dan Lewin to tell his story, too.

“I am profoundly grateful that Jack had the strength and courage to share his testimony with tens of thousands of students and adults alike over the past two decades,” said Mary Pat Higgins, Dallas Holocaust and Human Rights Museum president and CEO.

“Jack Repp’s life is one of inspiration, perseverance and moral courage,” said Allred. “Out of the darkness, he found light. We are so proud that he called Dallas his home for so many years, and was brave enough to share his story with so many people over the course of his life. I am honored to lead this resolution along with my fellow Texans to celebrate the life of Mr. Jack Repp, and enshrine his memory.”