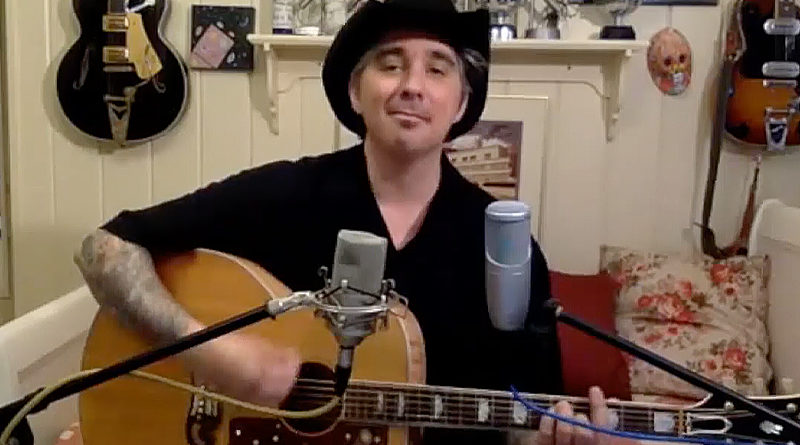 As the days stretch on and everyone is making decisions about how much sheltering in place they want to do – and let’s face it, the fact that case numbers are increasing again is concerning – neighbors are becoming, well, more neighborly.

We’ve written about it a lot – how neighbors and communities have worked together to create masks, face shields, meals, and more for fellow neighbors.

But one neighbor went further – and enlisted a whole lot of neighbors and members of the arts and music communities to contribute as well. 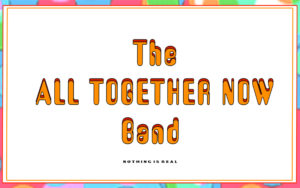 Danny Hurley is a photographer by trade, but also knows quite a few musicians that call the Dallas area home.  When the pandemic hit, many of the venues those musicians were regularly booked to perform in were forced to close – leaving them without work.

And Hurley had seen work dry up a bit, too. But a conversation with neighbor Matt Hillyer of the country group 1100 Springs about the lack of gigs ended up getting the creative juices flowing for an awful lot of people.

“I had wanted to make a video to cheer people up, and keep them and myself busy. This seemed like a perfect opportunity, so I asked him if he was interested in doing a Zoom-like music video with me,” Hurley recalled. “‘Yes! It should be a Beatles song, everyone knows Beatles songs,’ he said.”

The two decided on All Together Now, and began approaching friends to take part in the video.

“It made sense, we are all together in this fight against the ‘rona,” Hurley said. “It’s also the only Beatles song written for children.”

The two asked friends for short cell phone videos of them performing the song, and soon had videos from Dallas, Fort Worth, New York, Los Angeles, and even New Zealand.

What resulted was a joyful cacophony of neighbors that showcased talent that even surprised Hurley.

Hillyer recorded a track for musicians to follow, but some opted to sing their own song – pulling from the catalogs from the Ramones, Modern English, Willie Nelson, and even Spinal Tap. The finished product includes Hillyer, Carl Finch of Brave Combo, Milo Deering and his family, Sarah Hickman, Ashley Leer from Def Rain, Angus Wynne, and even Robert Wilonsky. It also includes the work of visual artists like Greg Metz, Dwayne Carter, and Ashling Han.

We sat down (virtually) for a conversation with Hurley about the video.

PN: We’ve heard a lot about how hard it’s been for local restaurants and retailers during the shelter-in-place orders, but a lot less about how it impacted the entertainment industry. Do you think participating in this project was probably also a little cathartic, given all that uncertainty?

Hurley: “Yes, it was cathartic. I heard from many Artists friends that they were out of work and they were bummed about not able to practice their craft, and get paid on top of that. I wanted to help, I wanted make something that was uplifting something that would keep us busy and take our minds off the ‘rona. I wanted to accentuate the positive.”

PN: Describe the process of getting the project off the ground.

Hurley: “I had all my bookings canceled and realized I would go nuts without something to do. I couldn’t photograph people because of the quarantine, so I decided to do a music video. I worked on a ton of music videos during the MTV heyday and still make ‘art videos’ today. I wanted to make this a group project, the timing was perfect as everyone makes selfies nowadays.

I did not want it to be sarcastic or sad, I asked that no one reference politics or religion. I talked to several musicians about it. It was Matt Hillyer of 1100 Springs that expressed the most interest. I polled friends for song choices and gave Matt a list of songs that I thought were uplifting, but he rejected them, said it should be a song everybody knows, a Beatles song perhaps.

One he suggested was All Together Now. I researched the song and immediately saw the genius in it. It was the Beatles’ only children’s song, easy to learn, the message fit our current predicament. Matt recorded a master with vocals and guitar separate so people could follow along and record their voices or instruments over Matt’s.

I have lived in Dallas for over 50 years, I’ve been shooting the DFW entertainment industry for 30 years, so I have met artists of all walks. I invited over a couple hundred folks, pro and amateur, via Facebook, and about 60 replied. I got videos from musicians, photographers, painters, animators, writers, dancers, firemen, lawyers, accountants, and students.

It took me about a month to produce, millions of phone calls, and about two solid weeks of editing over a hundred hours of video into 10 minutes of song.”

PN: What surprised you about the project?

Hurley: I was surprised how funny some folks could be. The song is at the end of the Yellow Submarine movie.
My friends who are now in New Zealand recreated the Beatles opening for the scene, in bathrobes. Then there was the Smith family who performed with water glasses.

I was surprised how many people who are white-collar professionals were also terrific musicians. Rudy Bush, an editor for the Dallas Morning News, asked if I wanted him to play the guitar, I thought, ‘Sure why not, how bad could it be?’ He played acoustic while his children sang, it was beautiful, I wanted to cry.

Some folks did not like the song, so I asked them to give me their favorite and I would mash it in. I was not only blown away by Milo Deerings’ Duo acoustic version of Eleanor Rigby, I was surprised to hear he played both parts as different characters. His daughter Savanna Deering, also an accomplished musician, played acoustic with red cups. Angus Wynne gave us a great woo-wop.

I was blown away by the visual artists’ contribution. Dwayne Carter’s animation with the COVID was way cool. I was also surprised that a couple of folks cried, sad and happy with emotion while singing, they were just so overwhelmed.

PN: What is one piece of advice you’d give people about coping with this whole pandemic?

Hurley: “One? have you met me?
A) Keep yourself busy, occupy your mind. Stay busy by helping others. talk or email or FaceTime them. Sing, play, dance.
B) Create something–make art, plant a garden, make a video. Document these times.
C) Clean, concentrate on the mundane.”

PN: What do you miss?

Hurley: “I teach photography and have two kids in school. I miss seeing my students, and I miss volunteering at my son’s school. My son, Sam, was to graduate from W.T White High School (my alma mater). I miss seeing him enjoy his last year performances and his graduation. I miss outdoor concerts. I miss art openings. I miss shooting people and getting paid for it.”

PN: What is something that has developed out of the COVID-19 response that you hope sticks around permanently?

Hurley: “I hope we go back into the classroom soon, but I really enjoy teaching with Zoom. The students can record the lecture and watch it over and over. It frees up time so I can devote personalized attention to those in need.”