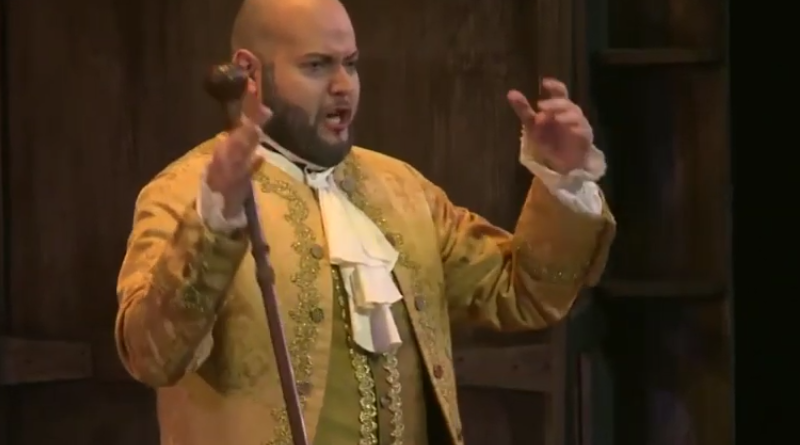 While they may not take the stage at the Margot and Bill Winspear Opera House this year, the participants of the 2020 Dallas Opera Guild Biennial Lone Star Vocal Competition will still get to sound off – online.

Originally, scheduled to take place in the Margot and Bill Winspear Opera House in May, this year’s virtual competition will enable opera lovers to discover their favorites and cast their votes online, June 1 – 7.

Singers, age 18 through 30, who are Texas residents or Texans pursuing vocal studies out-of-state were encouraged to apply by the March deadline.

“The Dallas Opera Guild is extremely proud of the many professional voices in development that we have fostered for more than three decades,” 2020 Competition Chair Dr. Susan Fleming said. “We are eager to hear those selected to compete this year and encourage YOU to watch, listen, and cast your vote online during the first week of June.”

Videos submitted by the finalists have been posted on The Dallas Opera’s website for viewing from now through 11:59 p.m. June 7, 2020. The option to vote is located on the same page. The competition only allows one vote per person. The winner will be announced Monday, June 8, on the DSO social media channels.

The winner will receive $1,000 and will qualify for a spot in next year’s national vocal competition in the semi-finals round with a chance to advance to the finals, where they would be accompanied by the Dallas Opera Orchestra.

“The Dallas Opera Guild has always had a special affection for homegrown talent. It’s easy to understand why the membership wished to return to that proud tradition,” The Kern Wildenthal General Director and CEO Ian Derrer observes. “Today’s technology has made it possible for us to keep that dream alive for ten aspiring opera singers, even in the midst of a global pandemic.”

The competition’s 2020 honorary chair is longtime Dallas Opera supporter and Dallas Opera Guild Member Martha Allday, a subscriber, and donor since 2005. Now in her sixth year as a member of The Dallas Opera Board, Allday supports The Dallas Opera Hart Institute for Women Conductors, as well as the annual vocal competition. With her husband, Dr. Robert Allday, Martha served as Guild Co-President during our second season in the Winspear Opera House (2010-2011). Beginning with the 2010 world premiere of Heggie and Scheer’s Moby-Dick, the Alldays hosted numerous visiting artists (and, at times, their families) during extended stays in Dallas.

Today,  Allday describes The Dallas Opera as “another family.”