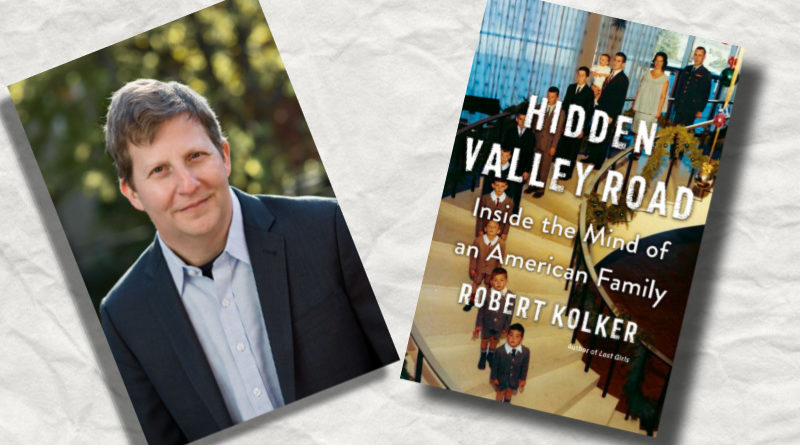 As part of its “Live in Your Living Room” series, JCC Dallas will host author Robert Kolker Wednesday at 7:30 p.m. – via Zoom.

The author will be on hand to talk about his latest book, the best-seller Hidden Valley Road, which is also an Oprah’s Book Club pick.

The book tells the story of the Galvin family, a midcentury American family with 12 children – six diagnosed with schizophrenia. Those children became part of science’s quest to understand the disease, as the Galvins became one of the first families to be studied by the National Institute of Mental Health.

Robert Kolker is the New York Times bestselling author of Lost Girls, named one of the New York Times’ 100 Notable Books and one of Publisher’s Weekly’s Top Ten Books of 2013. As a journalist, his work has appeared in New York magazine, Bloomberg Businessweek, The New York Times Magazine, Wired, GQ, Oprah, and Men’s Journal. He is a National Magazine Award finalist and a recipient of the Harry Frank Guggenheim 2011 Excellence in Criminal Justice Reporting Award from the John Jay College of Criminal Justice in New York.