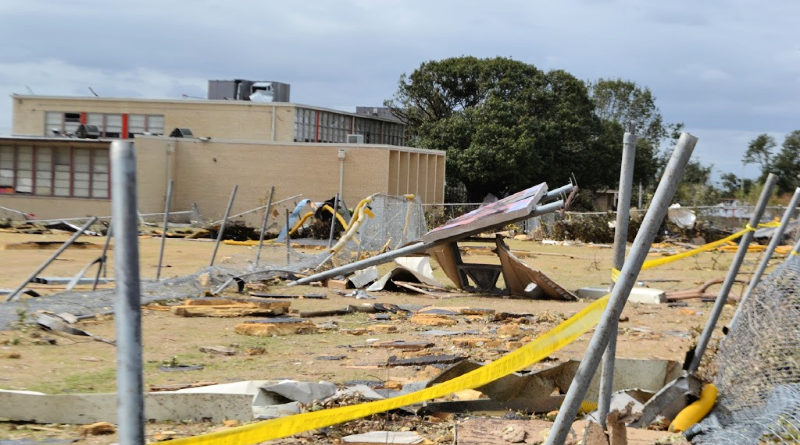 Despite adding damage costs from the destruction to three Dallas ISD campuses, the Federal Emergency Management Agency denied the state’s appeal for a major disaster declaration that would have paved the way for additional money for Dallas County entities to help rebuild and recoup money spent after an EF3 tornado struck North Dallas in October.

The city initially submitted damages that were well over the $38.4 million threshold set by FEMA, but the Dallas Office of Emergency Management indicated FEMA validated only $32.6 million. Major damage to Thomas Jefferson High School, Cary Middle School, and Walnut Hill Elementary, as well as additional damage to several Dallas ISD campuses, was expected to push the claim over the FEMA threshold.

“Based on our review of all the information available, it has been determined that the damage from this event was not of such severity and magnitude as to be beyond the capabilities of the state and affected local governments,” FEMA said it its March 31 letter to Gov. Greg Abbott. “Accordingly, we have determined that supplemental federal assistance is not necessary.”

U.S. Rep. Colin Allred, whose district includes much of the damaged areas in Dallas, was among the members of the Texas Congressional Delegation that sent a letter to FEMA supporting the appeal.

FEMA administrator Pete Gaynor’s latest letter to Abbott reiterated the federal government’s stance, saying, “… we reaffirm our original findings that the impact from this event is not of the severity and magnitude that warrants a major disaster declaration.”

“I am stunned by FEMA’s decision and extremely disappointed that our request for assistance became a bureaucratic game at the federal level — one that leaves Dallas taxpayers on the hook for tens of millions of dollars in damage while we are still contending with a pandemic,” Johnson said in a statement. “The EF-3 tornado that struck North Dallas on October 20, 2019, was clearly a major disaster. Anyone who saw the wreckage the morning of October 21 could attest to that.”

Allred expressed his disappointment in a Twitter thread and on Facebook, calling the decision “outrageous and flat out wrong.”

“Senator Cruz is disappointed by FEMA’s decision and will continue working to help North Texas get the support it needs to recover from the devastation caused by the tornadoes last October,” Lauren Blair Aronson, Cruz’s spokesperson, said Thursday.

Johnson said that he had already talked to Cornyn, “who told me he is not ready to give up on finding relief for our city. We are going to continue to fight for fairness for Dallas taxpayers.”