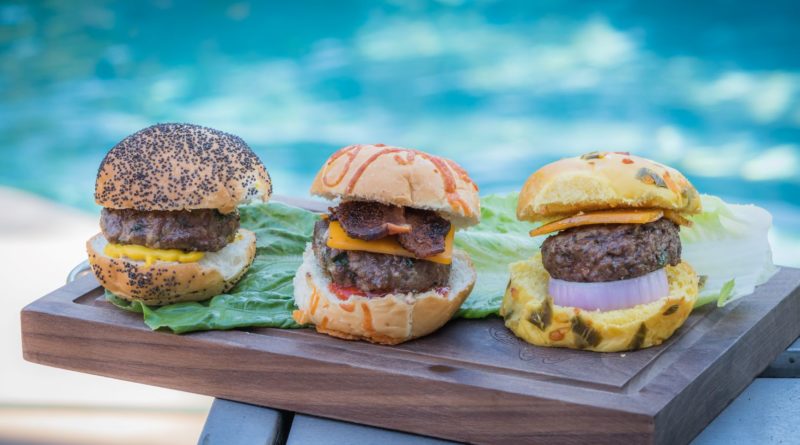 It’s been a little while since we’ve had an actual food and event round-up around here. More restaurants are opening and re-opening and we continue to see innovation from the restaurant and grocery stores on ways to serve and sell delicious food safely. Here is some fun news for you to head into Father’s Day weekend.

The Biscuit Bar is launching some summer yum with new Pulled Pork Tater Tots and two new cocktails – The Watermelon Rancher, which includes Western Son Watermelon Vodka and a splash of Lemon Berry Acai, and the Booze Cruise, which sounds like a drink that you can sip in front of your tropical island Zoom meeting background and actually think you’re elsewhere. The drink includes Bacardi Rum, Malibu Coconut, and a tropical juice blend.

Zalat Pizza has introduced new vegan options for it’s amazing pizzas. Now available on any pizza: vegan cheese and cauliflower crust pizza. I happen to think Zalat is the best delivery pizza in the area and can’t wait to try the cauli-crust.

6 pack of Jalapeno Cheese Buns; 6 pack of Pretzel Brioche Buns; 6 pack of Brioche Hotdog Buns; 12 pack of Cheddar Cheese Rolls; 1 Sourdough Boule; 1 Jar of homemade BBQ sauce; 1 Cinnamon Swirl Loaf (with or without raisins). Get that bread, all for $34.99 plus $4.99 for delivery. If you’re planning on BBQ to accompany this, you can make your own  or head to Tom Thumb which just upped its BBQ game. Read on . . .

Terry Black’s BBQ has a restaurant in Deep Ellum and just announced a partnership with Tom Thumb supermarkets so you can get this amazing ‘cue at the same place you buy milk and toilet paper. Now available at local Tom Thumb grocery stores including the Inwood Road, Northwest Highway and East Lover’s Lane locations (note, Terry Black’s BBQ is not available at the Preston Center location.) Lots of great options for you to pick up while you’re doing your grocery run, including: Original Texas Smoked Sausage – five links, $15; Jalapeño & Cheddar Smoked Sausage – five links, $15; Whole Smoked Turkey; – $40; Texas-Sized Smoked Beef Rib – one rib, $20; ½ Texas Smoked Brisket – $40; Full Rack of Pork 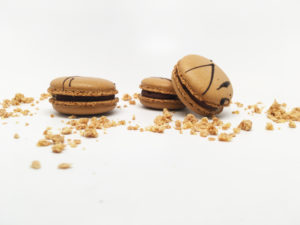 Bisous Bisous Pâtisserie continually comes up with creative ways to satisfy your cravings for pastries and they just announced a few new, novel items.

In the far northwestern coast of France lies Brittany, a picturesque area known for its spaniels and 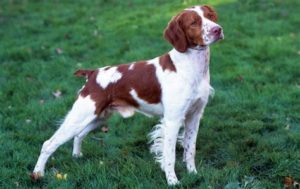 pastry. Though Brittany Spaniels are more familiar (and easier to pronounce) signatures of the area, the Kouign Amann is much more delicious and easier to handle than the energetic pups.

Not only that, but the super buttery, flakey pastry is also pronounced “queen-yamohn” has its own holiday, appropriately named International Kouign Amann Day which is Saturday, June 20. The pastry is like a thick, disk-shaped croissant filled with butter and sugar which caramelizes after baking. Bisous Bisous sells individual Kouign Amann now and will add it to its hearty repertoire of take-and-bake items which also include croissants, cookies, dinner rolls, and more available in-store or online.

Uno Mas had its soft opening in March and had to close its doors thanks for COVID19. It’s reopened with limited capacity for on-patio dining or take out. The menu is standard Tex-Mex fare with a few special items such as the “Quailudes,” Broken Arrow Ranch quail legs with jalapeno, bacon and a pasillo fig BBQ sauce and crema and a sweet looking margarita called the Ocho, containing only eight grams of sugar and 168 calories total. From the hospitality group behind Smithy and the Woolworth, Uno Mas sounds muy buena and I can’t wait to try it.

XOXO Dining Room is a very cool new place on Ross Ave just a scooch east of 75 that offers a full-service dining room, lounge and “speakeasy.” This highly designed space is a riff on London’s famous sketch restaurant, tearoom and gallery. It’s very pink and coiffed on one side, and the other is a masculine, rich, clubby room called Mr. X. There’s no word on whether XOXO’s restaurants are inspired by sketch’s crazy egg-pod bathrooms. I guess we’ll have to go and find out. The menu was created by Chef Zach Warner, formerly of Up On Knox. The dining room is open limited hours now, Thursday – Saturday from 6 pm with plans to fully open in July.

Mockingbird Station is opening its wings with many stores and restaurants reopening while respecting CDC guidelines for heath and safety measures. The center is kicking off it’s reopening with fun on-site chalk art demonstrations performed by mother-daughter duo Jan and Olivia Riggins. The messages of hope, love and community will be a nice, colorful boost.

If you’ve missed galas and auctions – opportunities to have fun and support a good cause, #AskChefsAnything is great campaign to raise awareness and funds for the immigrant workforce of the food industry across America. Chefs and notable Tastemakers in North Texas (full list here) are offering up their time and talents to bidders who win the opportunity to have a one-on-one virtual conversation in which the donor can “Ask the Chef Anything” Such a clever fundraiser for a great cause.

Though the immigrant workforce contributes billions annually in state and local taxes, many of them were not included in the federal relief packages and cannot claim unemployment benefits. Some of these workers cannot find another job locally because their visas depend on a single employer; they cannot travel to their countries because borders might be closed or they may not be able to return if they had to leave

The goal is to support 250 families per city connected to community centers in each city. In Dallas, the charity partner is Harvest Project Food Rescue. Harvest Project began in the summer of 2014 as a community project focused on assisting underserved communities in Dallas County. The organization’s focus remains committed to providing fresh produce to families in need at no cost to the families. They are able to achieve this by partnering with Chef’s Warehouse (a distributor in Dallas) that provide the product at no cost to Harvest Project. In five years, Harvest Project Food Rescue has redistributed more than 5 million pounds of produce and has fed more than 45,000 families in the Dallas area.

The auction page is live for viewing now – www.32auctions.com/askchefsanythingdallas – and bidding begins promptly at 10 a.m. CST on Monday, June 22, and ends 8 p.m. CST on Thursday, June 25. Bidding starts at $100 and increases in $20 increments. When the auction closes, each winner will receive an email from the organizers to coordinate a Zoom call with their elected chef or tastemaker – what a great idea.

And, to honor Juneteenth, if you want to spend your money with Black-owned restaurants, Justice Kitchen took data from D Magazine’s ongoing list of Black-owned businesses to create a visual map for you to locate them. See more here.

Whether you choose to go out or stay in, please respect the health and safety of others.

Kersten Rettig is an eater, drinker, cooker, writer and former restaurant owner with a deep affection for all things food and beverage related. The Park Cities resident has a food blog and Instagram called The Kickshaw Papers. Follow her @KickshawPapers.