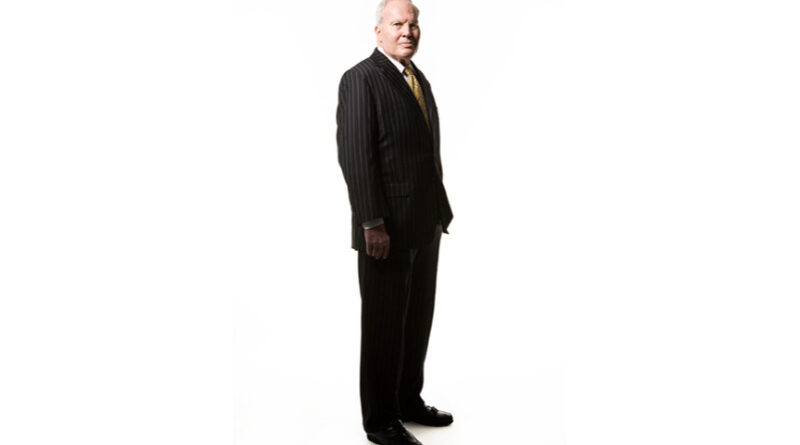 Charles T. Terrell, who served a stint on the Dallas City Council from 1973 to 1975 and later became an authority on prison reform, died May 30 at the age of 81 after a lengthy battle with Parkinson’s disease.

After a bout with polio in his childhood, Terrell overcame the odds to eventually play football, making it onto an SMU team that included Don Meredith.

Incidentally, Terrell said it may have been his team that started the SMU “pony ears” sign, but that it wasn’t meant to be pony ears at the time.

The team also included Max Christian, who would later become the co-founder of Unimark Insurance company with Terrell in 1969, thanks to a $100,000 loan.

“When Max [Christian, partner in Unimark] and I were working at Blue Cross, we decided we wanted to start our own agency,” Terrell told D Magazine in 1978. “We both had good contacts at SMU from playing football there, so we decided to start by selling property and casualty to some of them. It didn’t work. So we turned to life and health and it began to work.”

Among the ideas the two pioneered was liability insurance for public officials.

“This had always been impossible insurance to get – basically it insures councilmen, etc. in the event they are sued because of some official action,” he recalled. “I went every where trying to work out a deal here, but no one would do it. We even wrote up our own policies. Finally I had to go to Europe to finish it. After that, we said to ourselves, ’What about police department insurance of the same kind?’”

While on the city council, he focused on crime and race relations. He spent a decade working on various commissions and task forces related to criminal justice, and was eventually appointed by then-Gov. Bill Clements to serve as chairman of the Texas Criminal Justice Task Force in 1986.

In a D Magazine Q&A in 2009, Terrell spoke of his later decision to request that his name be taken off an East Texas prison – it had been named after him in 1993 – after it had began to house death row inmates.

“It’s not that I don’t believe in capital punishment. I just don’t want the wrong people killed, and I began to realize that this was happening,” told Spencer Michlin. “Craig Watkins has already cleared 20 wrongly convicted people, and I didn’t want my name associated with mistakes of this kind.”

To Terrell, the focus on reentry after prison was just part of the overall aim of making Dallas safer.

“I believe in doing what works. And helping these people become citizens and taxpayers will work,” he said.

He is survived by his wife, Beverly; a son Charlie Jr., a daughter, Cathy Williamson of Dallas; sisters Mary Nelle Cummins of McKinney and Suzanne Mitchell of San Angelo and brother Hal Terrell of Agua Prieta, Mexico; six grandchildren; and two great-grandchildren.

To read a tribute to Terrell by his friend Larry North, click here.

One thought on “Former Council Member Charles Terrell Dies at 81”