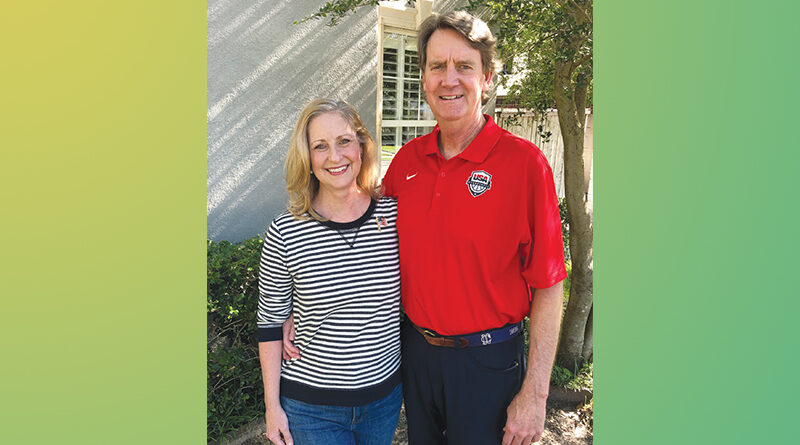 This year’s Park Cities Fourth of July Parade grand marshals, Jim and Laurie Hitzelberger, will get the day off on Independence Day.

They won’t be riding in a convertible waving to 10,000 folks along the route because the parade has been canceled due to coronavirus concerns.

The Rotary Club of Park Cities will honor the Hitzelbergers as Grand Marshals of the 2020 non-parade and then allow them to take their place of honor in the 2021 parade.

The Hitzelbergers are being honored for their exemplary service to the community and impact on the Highland Park Independent School District.

Laurie Hitzelberger was named the principal of McCulloch Intermediate School in 2003. In 2005 she was asked to also serve as principal of Highland Park Middle School. She oversaw both schools until her retirement in 2018. At that point, two respected HPISD administrators – Skip Moran and Jeremy Gilbert – were selected to take her place.

“When the flag goes by, and hundreds of Park Cities people stand and remove their hats, it is powerful.”

Laurie Hitzelberger is the only administrator in the school district’s 106-year history to serve as principal of two schools simultaneously.

Jim Hitzelberger (HP Class of ’74) was elected to the school board in 2009 and has served as its president since 2017. He has been one of the key leaders in guiding the largest bond program – $361 million – in HPISD history. Upon completion next year, the massive improvements will include four new state-of-the-art school buildings and extensive renovations throughout all the district’s facilities.

His mother, Barbara Hitzelberger, the only female mayor in the history of the city of University Park, was honored as the 2004 Parade Grand Marshal. She was a civic, business, and education leader who was a guiding light for her son and daughter-in-law. Hitzelberger Park at the corner of Lovers Lane and Hillcrest Road is named for her.

“Being named grand marshal is an incredible honor,” said Laurie Hitzelberger. “The parade is special to me for a couple of reasons. First, seeing all my former students is fun every year. And, secondly, my son Brandon is a combat veteran with two tours of duty in Iraq, so the patriotism on the Fourth of July is special to me. When the flag goes by, and hundreds of Park Cities people stand and remove their hats, it is powerful.”

Jim Hitzelberger, an attorney with McCullough Mediation, is honored to be a part of such a community tradition.

“The Fourth of July parade is the biggest event every year in the Park Cities,” he said. “I’ve been excited about the parade every year since I was a little boy. I rode my Harley for a few years and rode on the city of UP float for a while. It has always been a big day for my three sons – Christian, Michael, and Mark.”

Although they won’t ride until next July, this couple already feels the love of the community, he said. “We’re honored to be another page in a distinguished book.”