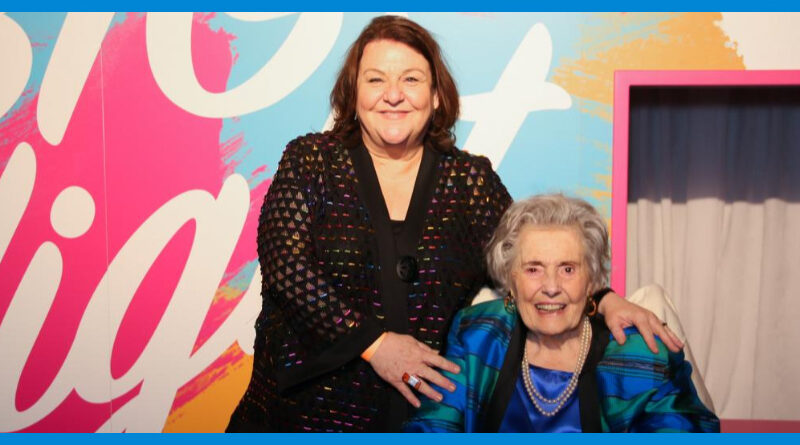 Trailblazer Mary Ellen Jericho – or Mitch, as most everyone knew her – lived a full life by anyone’s definition. Her legacy lives on in the 30-year-old organization she founded, and in the countless organizations she led and volunteered with throughout her life.

Jericho died on June 6, at the age of 95, with her daughters by her side. She and her husband lived at Edgemere Senior Living until their deaths.

Born in Muskogee, Oklahoma, she moved to Dallas to attend SMU. She met her husband, Eugene, there, and upon graduating began working at Neiman Marcus, eventually becoming one of the first female employment managers. She worked there for seven years, before turning her attention to motherhood.

But she also began embarking on a lifelong love letter for her community, serving on the advisory board for the Booker T. Washington High School for the Performing Arts, the Texas Arts Council, Texas Association for Symphony Orchestra League, and American Symphony Orchestra Volunteer Council, and founding, cofounding or leading organizations like the Dallas Commission on Children and Youth, Friends of Timberlawn’s Psychiatric Research Foundation, the Volunteer Council of Greater Dallas, the volunteer ministry program at St. Michael’s Episcopal Church, the Visiting Nurses Association, and the Women’s Council of Dallas County.

She was also appointed to the Texas Commission on the Arts by Gov. Bill Clements. In 1992, she was chosen as the only Texan among the top 50 nationally recognized individuals whose talents affected the organizations of multiple orchestras.

But in 1987, when she and Edith O’Donnell began a Dallas chapter of Young Audiences, her legacy as a leader in arts and social-emotional learning began.

“As we grew, our mission and work expanded and in 2004, the name Big Thought was adopted to reflect the broadened scope and vision,” the nonprofit explained.

“Our strengths lie in our ability to do research and study the need of our community,” Jericho once said of her organization. “This gives us the understanding to provide practical and compassionate programs serving our communities.”

In 2019, Big Thought created the Mitch Jericho Visionary Voice Award to recognize a young person who has participated in Big Thought programming and has created their own path to success with positive impact to the community.

“We were honored that, at the age of 94, she was able to attend the event and meet the inaugural honoree, Jose ‘Bone’ Garcia,” said Big Thought CEO Byron Sanders.

“Mitch Jericho was a force of nature who willed into existence the best for her community. In the grand tradition of no-nonsense can-do Texas women, she did it all with intelligence, generosity, uncompromising standards, and steely determination,” said Gigi Antoni, director of learning and enrichment at the Wallace Foundation, and former Big Thought CEO. “Her true legacy lies in the many Dallasites she challenged to step-up and lead. She recruited, mentored, and schooled young board and staff leaders for decades, inspiring them to a lifetime of service. They each amplify her spirit and contributions beyond measure.

“If you knew Mitch, you know that was probably her plan all along.”

She was preceded in death by her husband, Gene, and is survived by her daughters, Bonnie Baldwin, Jennifer Capezio, and Judy Jericho, as well as six grandchildren.