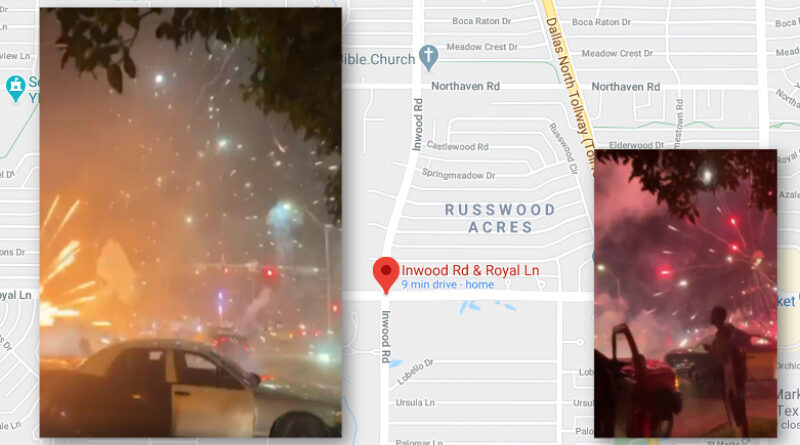 Dallas police responded to numerous calls about illegal fireworks over the Fourth of July weekend – but some also included street racing and street blocking, including an incident captured on cell phone video near Russwood Acres.

From July 3 to July 5, Dallas 911 received 3,717 total fireworks calls, with 890 fireworks disturbances and 2,827 holiday fireworks calls. Police responded to 75 calls for street racing, and issued 128 citations for it.

In several pockets of the city, cars blocked intersections as rounds of fireworks were detonated. Video of cars doing donuts at Greenville and Lovers Lane made the rounds over the weekend, as did two videos of a similar incident at Russwood Acres, near Royal Lane and Inwood Road.