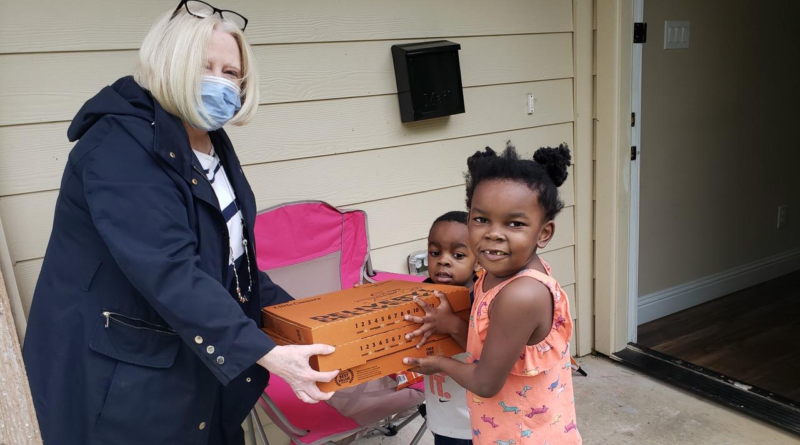 Vogel Alcove, a Dallas-based nonprofit that helps homeless children and families, is currently carrying out the second phase of its “Restoring Families” campaign amid the coronavirus pandemic. With “Phase 2: Open Texas,” the agency has expanded its offerings to include a childcare program for all working parents, an outdoor summer camp and more.

This stage comes after several services began on March 30. For eight weeks, Vogel Alcove opened its school to children of essential workers and put three new programs in place: Vogel Eats, Vogel Bags and Virtual Casework. Under these programs, staff and volunteers prepared and delivered over 15,000 meals and 200 resource bags to families.

Since the campaign began, the agency has seen monetary support from donors, including Dallas Mavericks owner Mark Cuban, as well as local businesses, which have donated health and safety items, food and other services.

Among those were Ellen’s Southern Kitchen, which provided staff to assist with the Vogel Eats and Vogel Bags programs, and Redbird Capital and Little Caesars Pizza, both of which donated over 400 pizzas to families in need.

“Everyone at Vogel Alcove is so grateful to all of the donors, staff, and families,” a statement from the nonprofit read. “Without their support, all might have been lost.”

As Vogel Alcove undergoes its next phase, the agency continues to offer resource bag delivery, virtual case management, and mental health and developmental therapy for children and parents, in addition to its childcare services.

“We now have about 69 children that are here,” Vogel Alcove President and CEO Karen Hughes said in a video update, adding that about 31 are enrolled in Vogel Alcove’s summer camp.

Hughes said that the camp would look different without the field trips and social events that are usually available. Instead, Vogel Alcove’s outdoor space is being used for activities, as well as the nearby Dallas Heritage Village, which is also a collaborator with the agency.

Hughes also added that the current summer programs have an increased emphasis on academics to reflect the struggles some students had with virtual learning over the past few months.

“[Virtual learning] did not go well for all children,” Hughes said during the video. “And so we want to make sure that they don’t slide back and that we provide them some continued support in their academics so that they’re back on track when they get ready to start the new school year, whatever that may look like.”

Vogel Alcove has served over 16,000 Dallas-area children since 1987 with its early childhood and school-age programs, and 85 percent of those that currently attend are people of color.

For information, you can visit the agency’s website and blog. Though volunteers are not currently permitted in the building due to health concerns, there are opportunities to get involved by filling out the volunteer form or sending an email to [email protected]