SKULDUGGERY OF THE WEEK: BUSY BURGLAR

Discovered before 8:27 p.m. July 4: Burglaries at an office building in the 6300 block of LBJ Freeway targeted Professional Caretakers Home Care and Sarah Nuche Psychology. Officers returned to the building at 10:06 a.m. the next day after Clayton Equipment discovered a laptop stolen by a burglar who apparently entered through the ceiling.

Online records didn’t included reporting times for a thefts from a woman, age also not provided, outside her own in the 3900 block of Inwood Road and a Wylie, Texas, man at Lowe’s Home Improvement store on Inwood Road near Forest Lane.

Before 4:11 p.m., a rogue took a 22-year-old McKinney man’s vehicle from NorthPark Center. A 39-year-old Lavon, Texas, man’s vehicle also was reported stolen from the mall at 4:36 p.m.

Reported at 4:50 p.m.: yardwork made more difficult. A thief snatched equipment from a Lambert Landscape Company trailer at a home in the 9300 block of Sunnybrook Lane.

Arrested at 12:20 a.m.: a man, age not provided, at the Preston Valley Shopping Center. He is accused of having an open container of alcohol in his car and possessing 19.9 grams of marijuana, four tablets of the drug Alprazolam, and a marijuana grinder.

Online records didn’t included a reporting time for a theft from a woman, age also not provided, at her home in the 4300 block of Merrell Road.

Before 12:10 a.m., a reckless and irresponsible motorist fled after striking a 69-year-old woman’s vehicle at NorthPark Center.

Before 1:55 p.m., a shoplifter took merchandise from Ulta Beauty at Preston Forest Village.

Before 9:54 a.m., an opportunistic thief stole out of the bed of a 39-year-old man’s pickup truck at a home in the 5700 block of Stanford Avenue.

Arrested at 5:41 a.m.: a 21-year-old man accused of public intoxication and being a danger to himself in the 9200 block of Midway Road.

Online records didn’t included a reporting time for a theft at a home in the 7200 block of Ashington Drive. 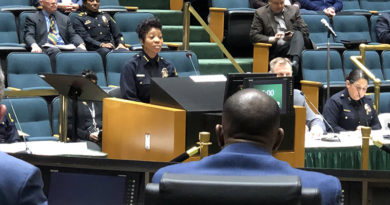