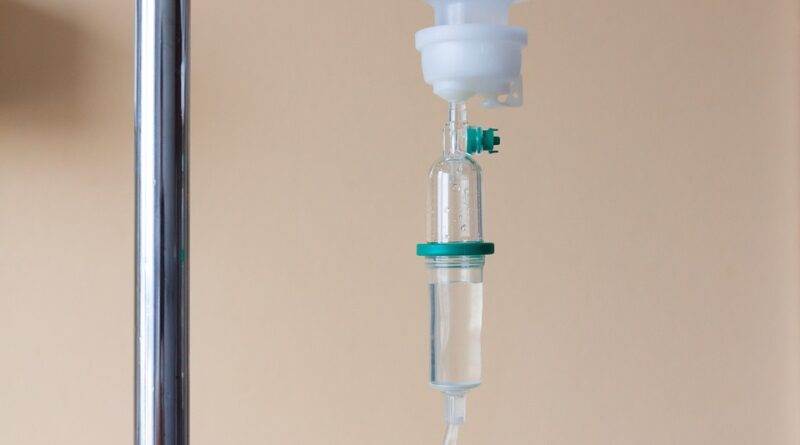 As cases of the novel coronavirus continue to climb by around 1,000 a day in Dallas County, state and local officials have begun to sound the warning – if they continue to climb, the state could go under shelter-in-place again. We have today’s bullet points here:

If the number of new COVID-19 cases statewide continues to rise, the state could be looking at its second shut-down, Gov. Greg Abbott told several TV stations across the state last week.

“Things will get worse, and let me explain why,” he said in an interview with Lubbock station KLBK TV. “The deaths that we’re seeing announced today and yesterday – which are now over 100 – those are people who likely contracted COVID-19 in late May.”

Hospitalizations (and deaths) are a lagging indicator, meaning they trail by about two weeks or so. In other words, the 1,000-plus case counts being reported last week and this week in Dallas are only just beginning to show, and the county’s hospitals won’t get the full brunt of that increase for another week or two.

In Dallas County, the percentage of positive cases that end up in the hospital has averaged somewhere between 12% and 15% for the past few weeks. Even if that rate continues to hold, 12% of 1,200 cases is substantially larger than 12% of the 500 and fewer cases the county was reporting per day just a few weeks ago.

“The worst is yet to come as we work our way through that massive increase in people testing positive,” Abbott told the station in Lubbock.

The mask mandate that Abbott enacted, he said, may be the one thing that keeps the state from a lockdown – but only if people actually wear them.

“I made clear that I made this tough decision for one reason: It was our last best effort to slow the spread of COVID-19,” he said, adding that if the cases continue to rise, “the next step would have to be a lockdown.”

Also on Friday, Abbott extended his disaster declaration for the state, which was originally issued on March 13.

“Extending this Disaster Declaration helps ensure that Texas has the resources and flexibility needed to effectively respond to COVID-19,” said Abbott. “To further mitigate the spread of the virus and overcome this challenge, Texans should continue to do their part by wearing a mask, social distancing, and staying home if possible.”

Abbott said Friday the U.S. Department of Health and Human Services (HHS) has extended federal support of Community Based Testing Sites in Dallas and Houston through July 31.

“The State of Texas is committed to providing ample testing resources as we work to contain the recent surge in COVID-19 cases,” said Abbott, adding that there are more than 900 testing sites across the state.

Abbott also announced that the state would partner with Omnicare, a CVS Health company, to provide same-day COVID-19 testing at assisted living facilities and nursing homes throughout the state for both facility staff and their residents.

“This partnership with Omnicare and CVS Health will increase COVID-19 testing in our assisted living facilities and nursing homes and help us protect vulnerable Texans from COVID-19,” said Abbott. “Our collaboration with public and private entities is crucial to ramping up testing in Texas and mitigating the spread of this virus—especially among our most vulnerable populations.”

Omnicare will begin testing in nursing homes next week.

A total of 3,439 new cases of the novel coronavirus were reported by Dallas County health officials between Friday and Sunday, and an additional 15 deaths, bringing the county’s total cases up to 33,800, including 451 deaths.

A Garland woman in her 60s and a Dallas man in his 70s expired in area hospital emergency rooms. Neither had underlying high-risk health conditions.

“We can stop the surge of cases going higher if we all take responsibility and make our best choices. You focus on the micro level, and by that I mean focus on your family and your circle, and let our team focus on the macro level,” said Dallas County Judge Clay Jenkins Sunday. “Please always take your mask with you when leaving the home, even if you’re going on a walk and carrying it in your pocket. You never know when you’ll be around others. Always wear your mask when you’re within 6 feet of people outside your family or when traveling inside of any building other than your home.”

The county said that the average number of COVID-19 hospitalizations Friday was 783 patients, compared to 640 patients the Friday before. Emergency room visits also continued to increase, representing about 33% of all ER visits, according to information reported to the North Central Texas Trauma Regional Advisory Council.

What does that mean for hospitalizations? By looking at the Sunday data from the Institute for Urban Policy Research, which collects data from the North Central Texas Trauma Regional Advisory Council, we can see that for Dallas County, roughly 68% of hospitals are reporting, and the occupancy rate is somewhere around 72%, but almost 80% of all available ICU beds are in use, and not quite half of all ventilators are in use. Estimated active cases have increased by more than 52% in a week, now to 14,491, from 9,522.

This increase in hospitalizations jibes with what we’re hearing from frontline healthcare workers, too. All spoke on condition of anonymity, as they are not authorized to speak for their respective hospitals.

One worker told us that patients at their hospital are doubling up in rooms, and some are now in hallways.

“It’s bad,” a nurse at another Dallas hospital said. “The hospital situation is getting ugly. We were using trash bags for PPE. Our ICU stays full, mostly COVID. There is COVID overflow on almost every floor now. We’re not overwhelmed yet, but I know our hospital just hired a bunch of temporary nurses and ancillary staff to help keep up.

“I can say that every hospital has its own unique population,” the nurse said. “Minorities in poor socioeconomic areas generally have more comorbidities and less desirable outcomes in general. I have friends throughout the metroplex and everybody is experiencing increased COVID admissions.”

Close contact or community transmission continues to be the biggest risk factor for contracting COVID-19,  accounting for roughly 91% of all cases. Living in a long-term care facility or being incarcerated in the county jail are a distant second, and third, at 2.6% and 1.8%, respectively.

Of the testing done, positive cases accounted for 30.5% as of July 4, with 1,454 positives coming from 4,767 tests.  Testing and positive test results of COVID-19 far outpaces any other respiratory virus – even if you combine them all.

Eleven percent of all cases ended up hospitalized – 25% ended up in intensive care, and 14% ended up on a ventilator.

Children Can Catch COVID-19 And, It Appears, Spread It

“We still don’t know whether children can get it and transmit it to others,” Cornyn said in the interview last week.

According to the Parkland Center for Clinical Innovation dashboard, 2.8% of all positive cases in Dallas County are 4 and younger, and 6.8% are between the ages of 5 and 17.

According to the state health department, more than 1,700 COVID-19 cases have been confirmed in the 0-19 age group statewide. In the U.S., 29 people 14 and younger and 142 people between the ages of 15 and 24 have died after contracting the coronavirus. In Dallas County, a 17-year-old Lancaster girl died after contracting COVID-19.

The state health department reported, as of last Wednesday, 1,695 positive cases at 1,078 child care centers. About a third of the cases were children, and the rest were staff, the Texas Tribune reported.

Both Camp Ozark in Mount Ida, Arkansas, and Kamp Kanakuk in Lampe, Missouri, were forced to shut down after multiple campers and staff came down with the virus. Both camps are popular among Preston Hollow and Park Cities families.

Cornyn later clarified and said he was talking about transmitting the virus, not catching it.

“We know that children should be less prone to severe disease and viral infections, that’s not to say children can’t get sick,” Dr. Jeffrey Kahn, chief of pediatric infectious disease at UT Southwestern told NBC DFW. “We’ve had many examples of children getting sick. We also know that children can spread the virus and not be symptomatic.”

Dr. Deborah Birx, a member of President Donald Trump’s coronavirus task force, said last week that one reason that nobody’s quite sure about the rate of transmission among children is that they account for the fewest tests.

“It really comes to the evidence base of: what do we have as far as testing and children?” she said.”So, if you look across all of the tests that we’ve done and when we have the age, the portion that has been the lowest-tested portion is the under-10-years-old.”

Politifact also pointed to two international studies that indicate that children can spread it, and the CDC recommends the same social distancing practices for children, because they tend to have less obvious symptoms.

Texas will hold the Democratic primary runoff election Tuesday, and Dallas County has outlined the various ways you can vote.

Voters who cannot enter the polling place without assistance, or if they are worried about their health if they do enter, they can vote at the entrance or the curb of their polling place. A phone number will be provided at the curb, and a voter can simply call it to alert the election judge of the request.

Curbside voting is available at any voting center during the hours of 7 a.m. to 7 p.m, as well as the Dallas County Elections office at 1520 Round Table Drive, Dallas.

Voters can also vote with a late ballot if they become sick or disabled on or after July 1, if that sickness prevents them from casting a vote in person. The application to vote by late ballot must be submitted by 5 p.m. Tuesday, July 14.

If you are voting in person, be prepared to wear a mask. Upon entering, you will be directed to use hand sanitizer, and then proceed to election workers to obtain your ballot. If there is a line, the floor has been marked at the appropriate distances. When you receive your ballot, you will also get a stylus, which you will use at the voting booth to touch the screen. After printing your ballot and feeding it into the second machine, you leave your stylus in a basket and walk out a second door.