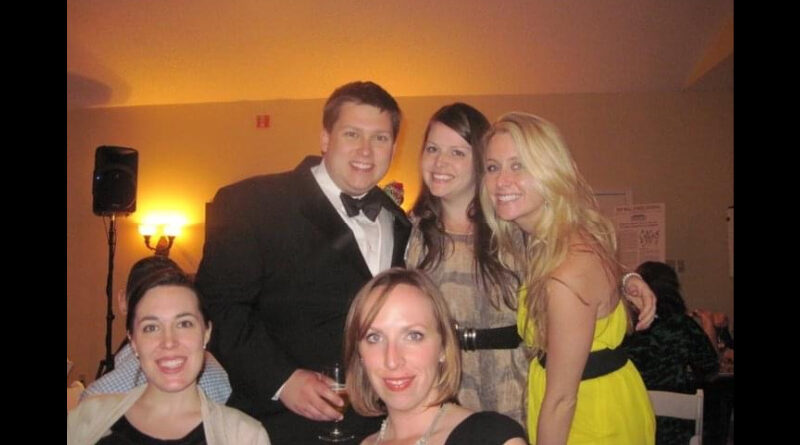 Editor’s note: Tierney Kaufman Hutchins, who was once the Society Editor at Park Cities People, passed away Tuesday. While her former coworkers and friends mourn her passing, and that of her unborn child, we wanted to share a tribute from one of those friends and coworkers, Krista Nightengale.

“Tierney was an exceptionally bright soul.”

“She was always a ray of sunshine.”

“Tierney was a bright light.”

Over the past 18 hours, hundreds of messages like these have been posted to Tierney Kaufman Hutchins’ Facebook wall as word spread about her and her unborn baby passing away on Tuesday.

I met this light 13 years ago, when I moved to Dallas and started my first job, which was at People Newspapers. That first year was rough. It was the end of 2007 going into 2008, a year in which we saw the greatest recession of my generation’s time (at least, that’s how we referred to it before March of this year), and those of us at the paper had just graduated with journalism degrees.

But this was also one of the best years. I met people who forever defined Dallas for me.

One of those people? Tierney, or TK (shorthand in the news biz for “To Come” ).

Just being in her presence made you feel like you were the most important, most interesting, and most beautiful person. She had a way of seeing through every situation, cutting it down to what it truly was, and explaining it to you with a dry wit. She was a connector who knew everybody and everything. She had an energy that few could aspire to.

She was larger than life.

And that’s why, over the past day, people have been reaching out to her husband, Jared, and their 19-month-old daughter, Melrose, with their condolences and memories. There’s a good chance that even if you don’t personally know Tierney, you know of Tierney. You probably attended an event she chaired or co-chaired or sat on a board with her. She was always giving of her time, talent, and treasure. After our first job together, we both went separate ways—she to the Trinity Trust Foundation, where she became one of the “Trinity Chics.” But we caught up every few months over coffee. Our conversations turned from boyfriends to husbands; from entry-level positions to whom should we hire; from dogs (me) to kids (her).

Last night, I had one of those catch-ups, not with TK, but with a group of us People people from 2007-2008. We reminisced and told our favorite TK stories, and we caught up on each other’s lives. We cried, we laughed. And as with any gathering where Tierney’s involved, we all left the conversation feeling better, a little smarter, and a bit more hopeful.

I always tell others that Dallas is a great place because of its people, those who believe any change is possible and fight day and night to make it better. And while they may get bruised in those fights, they smile, curse under their breath, and keep going with grace and style.

Tierney was the epitome of grace and style and truly made Dallas a great, far more interesting, far more beautiful place. And though many of us are grieving this loss, Tierney is still doing what she did best: connecting us and making us laugh.