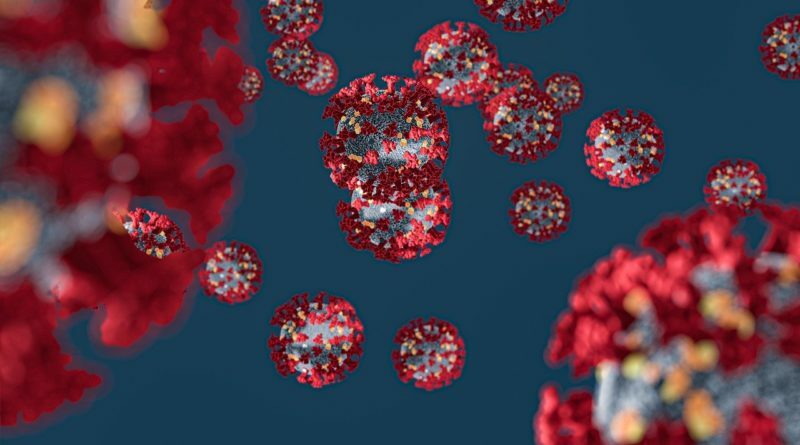 As new cases of COVID-19 in Dallas County dropped below 1,000 and hospitalizations appear to have possibly plateaued, schools are still wrestling with the best way to commence learning again as the summer winds to a close. These are today’s bullet points:

Cases Fall Below 1,000 for First Time in Two Weeks

Cases of COVID-19 fell below 1,000 to 734 Tuesday, marking the first time in two weeks that cases have fallen below that level. The additional cases bring the total case count in Dallas County to 43,026, including 537 deaths.

“I’m pleased to report that after a plateau in hospitalizations and new cases for the last six days, we are below 1,000 for the first time in 18 days with 734 cases today,” Dallas County Judge Clay Jenkins said. “One day does not make a trend but this is an encouraging data point. Wearing your mask and avoiding unnecessary trips and exposure to people outside your home is working Dallas County and North Texas. Please keep doing it. We all have a role to play in slowing the spread of COVID-19. Your role is to make smart decisions.”

The county said that the average number of COVID-19 hospitalizations Monday was 793 patients. Emergency room visits also continued to increase, representing about 34% of all ER visits, according to information reported to the North Central Texas Trauma Regional Advisory Council.

The Tuesday data from the Institute for Urban Policy Research, which collects data from the North Central Texas Trauma Regional Advisory Council, shows that in Dallas County, roughly 82% of hospitals are reporting, and the occupancy rate is somewhere near 72%, but almost 80% of all available ICU beds are in use, and more than half of all ventilators are in use.

Close contact or community transmission continues to be the biggest risk factor for contracting COVID-19,  accounting for roughly 91% of all cases. Being incarcerated in a federal prison, living in a long-term care facility or being incarcerated in the county jail are a distant second, third, and fourth,  at 2.7%, 2.4% and 1.5%, respectively.

Of the testing done, positive cases accounted for 26.8% as of July 11, with 1,952 positives coming from 7,282 tests.  Testing and positive test results of COVID-19 far outpaces any other respiratory virus – even if you combine them all.

Twelve percent of all cases ended up hospitalized – 21% ended up in intensive care, and 12% ended up on a ventilator.

Dallas Mayor Eric Johnson joined 96 other Texas mayors in signing a letter that pleads with the state’s congressional delegation to advocate for more money for their cities to help offset the revenue losses incurred from the COVID-19 response.

Although the state got about $11 billion from the CARES Act, that money won’t help cities and counties with ongoing issues (the funds have to be spent by the end of 2020), and it doesn’t help with revenue shortfalls, the Texas Tribune reported.

“We therefore fear that state and local revenue is going to take time to rebound,” the letter reads. “We also fear that if we do not stabilize our economy, we could see a drop in property tax revenue next year.”

The mayors asked for “direct and flexible fiscal assistance to all cities.”

The Dallas Holocaust and Human Rights Museum is introducing a new four-part program on race and racism, Crucial Conversations: Race and Racism in Our Community.

Through this series of virtual public programs, DHHRM hopes to foster an increased understanding of racism in both a historical and contemporary context and an awareness of concrete steps that can be taken to disrupt systemic racism. For these conversations, the Museum will convene a diverse group of experts to share their knowledge, their stories, and their ideas.

The first session will be this Thursday, beginning at 7 p.m., as DHHRM CEO Mary Pat Higgins and Collins Collaborations president Kamilah Collins discuss why the series is necessary and lay the groundwork for the next three sessions, which will delve into the past, the present, and the future.

People Newspapers Sports Editor Todd Jorgenson gets into more detail here, but suffice to say that many are not … thrilled with the UIL’s decision on how Fall sports will be played.

Including WFAA’s Dale Hansen, who took to his Unplugged segment to excoriate the agency.

“Their decision about playing football in the fall could never make everyone happy, so they decided to split the baby,” Hansen said. “The smaller schools can start playing on their normal schedule, the bigger schools will have to wait. And that decision makes about as much sense as King Solomon’s did.”