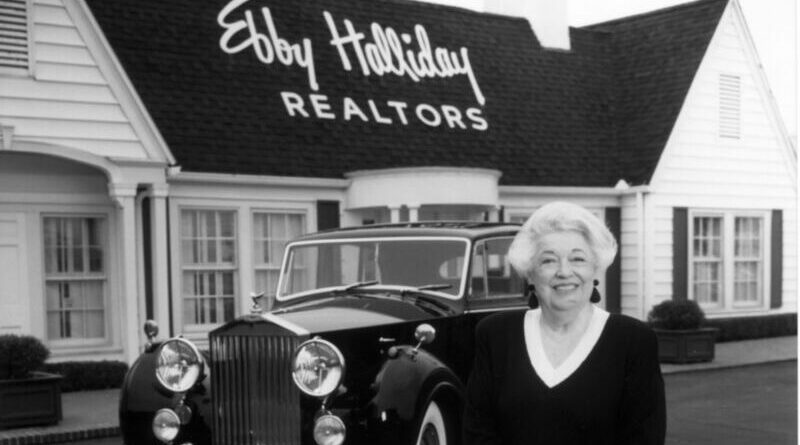 Before Ebby Halliday was Ebby Halliday, she was Vera Lucille Koch. And Vera Lucille Koch was, it seemed, a born salesperson, first selling Cloverine Salve from farm to farm in her hometown of Leslie, Arkansas, then talking herself into a job at J.B. Case Department Store in Abilene, Kansas, that she hoped would help pay her room and board there while she completed her last two years of school.

She learned there, and then 1945, she adopted the name Ebby, and opened up her hat shop.

And if you ever knew Ebby, you know she sold hats as well as she sold houses – which is to say, extremely well.

In fact, it was her expertise in convincing Dallas women to purchase her chapeaux that landed her in a new career entirely when a regular customer – Virginia Murchison – came to Halliday with a proposition.

“My husband seems to think if you can sell hats, you can sell houses,” Murchison said her oilman husband Clint told her when he asked her to talk to her “friend who sells the crazy hats.”

Clint Murchison had built some reasonably-priced houses that were listed for $7,000 for a two-bedroom and $9,000 for a three-bedroom (or about $100,000 and $125,000 today), just off of Walnut Hill Lane and Marsh Lane. Made of insulated concrete panels, they weren’t fancy – and Murchison was having trouble finding buyers.

Ebby took a gander, and then told Murchison something that would set her off on a brand new career.

“Buyers have no idea what they want until they see it,” she said. “We have to give them a picture.”

And with that, Halliday not only embarked on a real estate career, she also became the first real estate agent to stage homes as well, adding drapery, carpet, furniture, and even landscaping to Murchison’s homes.

Although Halliday passed away in 2015, the company she founded is still going strong, and is celebrating its 75th anniversary this year.

To see more of Ebby Halliday’s career, the company’s history, and reflections from longtime employees and friends, see our online special section here. 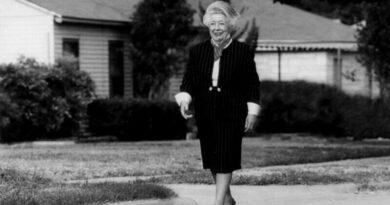 Ebby Through the Years

Mary Poss: ‘The Memories of Ebby Are All Wonderful’ 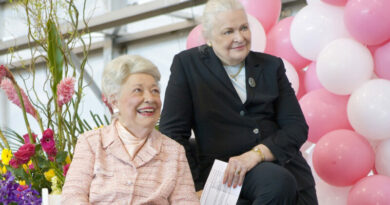 ‘She Would Be Our Biggest Cheerleader Right Now’