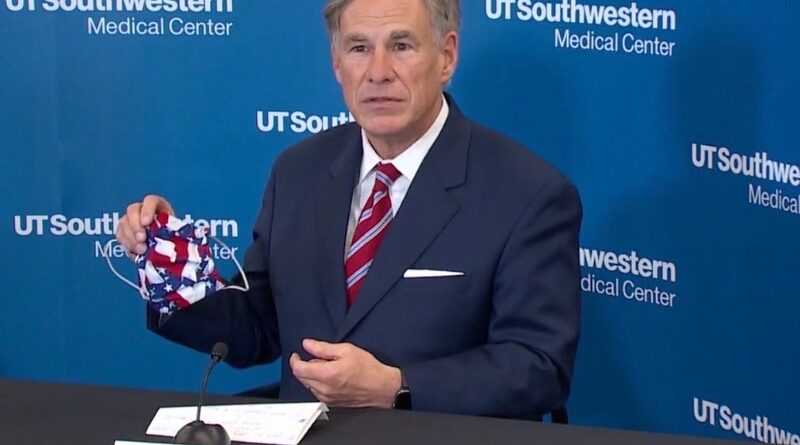 As officials continue to respond to the COVID-19 pandemic and guidance continues to be issued in preparation for school and the election in the fall, there’s a lot of information to keep track of. Here are today’s bullet points:

Gov. Greg Abbott Monday issued a proclamation extending the early voting period for the November 3 election by nearly a week.

Under the proclamation, early voting by personal appearance will begin Oct.13 and continue through Oct. 30. The proclamation also expands the period in which marked mail-in ballots may be delivered in person to the early voting clerk’s office, allowing such delivery prior to as well as on Election Day.

“As we respond to COVID-19, the State of Texas is focused on strategies that preserve Texans’ ability to vote in a way that also mitigates the spread of the virus,” said Abbott. “By extending the early voting period and expanding the period in which mail-in ballots can be hand-delivered, Texans will have greater flexibility to cast their ballots, while at the same time protecting themselves and others from COVID-19.”

Additionally, Abbott made an announcement regarding STAAR testing and announced Cecile Young as the new Executive Commissioner for the Texas Health and Human Services Commission (HHSC).

Prior to her service at HHSC, she served in several positions for former Governors Bill Clements, George W. Bush, and Rick Perry, and as the Director of the Medical Support Initiatives for the Office of the Attorney General.

“Cecile is a dedicated public servant who brings a tremendous amount of experience working in state government and at HHSC,” said Abbott. “HHSC plays a vital role in our response to COVID-19, and Cecile will provide immediate leadership to help solve the health care challenges facing our state during this pandemic. I look forward to working with Cecile to ensure that HHSC continues to improve the health and safety of all Texans.”

The additional deaths reported Monday include a Balch Springs man in his 50s who had underlying health conditions, and a Dallas man in his 60s without underlying conditions. Both had been critically ill in area hospitals.

Of the 607 confirmed deaths reported to date, about a third have been associated with long-term care facilities.

“Today’s numbers are lower than they have been since July 22. Although there is some concern that some of the testing may not be getting through on the reports due to a potential glitch in the state’s electronic laboratory reporting system, I’m increasingly optimistic that your use of masks and sacrificial delay of unnecessary trips outside the home for things other than necessities are having an impact on flattening the recent explosion in cases since the Governor’s Open Texas plan was implemented. Please keep wearing your mask and don’t let up on making smart decisions. Public health and our economy can’t afford it,” Dallas County Judge Clay Jenkins said.

Of cases requiring hospitalization who reported employment, more than 80% have been critical infrastructure workers, with a broad range of affected occupational sectors, including healthcare, transportation, food and agriculture, public works, finance, communications, clergy, first responders, and other essential functions.

More than 1,450 children under 18 years of age have been diagnosed with confirmed COVID-19 during the first three weeks of July. During this timeframe, 29 children have been hospitalized for COVID-19, including four admitted to intensive care units. Of all confirmed cases requiring hospitalization to date, more than two- thirds have been under 65 years of age. Diabetes has been an underlying high-risk health condition reported in about a third of all hospitalized patients with COVID-19.

Twenty-five hospitals on Sunday reported ventilator and bed capacity numbers to Mayor Eric Johnson’s office. Of 5,974 total beds, Johnson shared that 66% were occupied, of 956 total ICU beds, 70% were occupied, and of 1,001 total ventilators, 36% were in use.

Per UT Southwestern Medical Center’s latest data, COVID-19 hospitalizations in the Dallas-Fort Worth area increased by 2% compared to a week ago and 107% compared to a month ago.

“While mobility data through July 13 shows overall declines from the highs of mid-June, activity has increased somewhat over the last week,” as of July 21, according to UTSW data.

UT Southwestern’s model projects total concurrent COVID-19 hospitalizations could increase to between 690 and 1,080 by Aug. 3, and roughly 1,240 new COVID-19 infections per day are expected by Aug. 3.

The Texas Department of State Health Services (DSHS) is reported incomplete hospitalization numbers July 23-27 because of a transition in reporting to comply with new federal requirements.

As demand for PPE increases, scammers may advertise equipment they do not actually have in attempts to make a quick profit, they note. These PPE products may be counterfeit and mislabeled, and some may not exist at all. Some fraudsters reach out directly to consumers and government entities through email or social media to push their products.

Red flags that a seller may be engaging in a scam include unusual payment terms, last-minute price changes, last-minute excuses for delay in shipment, unexplained source of a large quantity of material, and evidence of re-packaging or mislabeling.

There are ongoing federal and state prohibitions on charging exorbitant prices for PPE during this time of national emergency. Texans who believe they have encountered scams or price gouging should call the Office of the Attorney General’s toll-free complaint line at (800) 621-0508 or file a complaint online. For additional information on disaster scams, visit the disaster scams website.

More information on unapproved or counterfeit PPE can be found at cdc.gov/niosh. You can also find information on the U.S. Food and Drug Administration website and the Environmental Protection Agency website. If you have information about PPE-related fraud, or about hoarding or price gouging of critical supplies, you can report it to the National Center for Disaster Fraud by calling the National Hotline at (866) 720-5721 or by submitting the NCDF Web Complaint Form.

Check Out The Results Of Our Reader Survey

Lastly, we end today’s digest with some results of our reader survey, for which we partnered with the polling and data company Polco. It began in May and ended on July 16. We asked how readers felt about state and local leadership, the reopening of the economy, whether they were wearing masks, and what they saw in their communities as things began to reopen.

Sixty-one percent of those who took the survey said we reopened too soon and 85% said they’re wearing masks in public spaces.