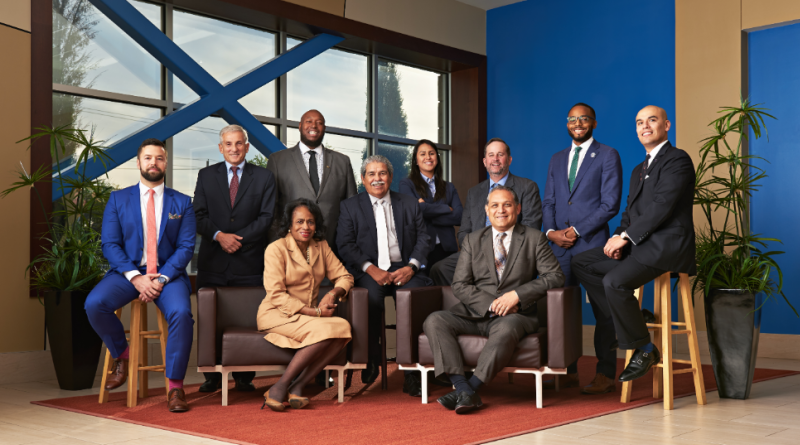 More planning for pandemic-era instruction will take up much of the Dallas ISD Board of Trustees’ evening Thursday, but members will also vote on some of the initial steps to create a career institute at the former Walnut Hill Elementary School building.

As of late, public comment has taken up a large portion of the meetings, and Thursday night will likely not be any different. In addition, it is expected that student athletes will be protesting outside the meeting starting at 5 p.m.

The students are hoping to persuade district superintendent Michael Hinojosa to change his stance on extracurricular activities and athletic practices.

Last week, Hinojosa postponed in-person athletic practices and other extracurriculars, largely, he said, based on the advice of a panel of experts assembled by Dallas County tasked with advising districts on best practices during the COVID-19 pandemic.

Inside the Ada L. Williams Governance Room at the Turney W. Leonard Governance and Training Center on Samuell Boulevard, however, trustees will vote on a variety of COVID-19 related items.

Some – such as the district’s plan for asynchronous distance learning, a move to provide a hybrid of distance and on-campus learning for high school students, and a cooperative agreement with Fort Worth ISD to combine forces for Spanish instruction – are on the consent agenda and will not be discussed.

Six items, however, were pulled from the consent agenda for further discussion, including a plan to set the district’s maintenance and operations tax rate at $1.05 and the debt service tax rate at 24 cents, for a total tax rate of $1.296735.

Trustees will also discuss hiring Turner and Source in a joint venture as the Construction Manager at Risk for pre-construction services for the Walnut Hill Career Institute renovation. The contract won’t exceed $25,000, district officials said.

The total renovation will have a $49 million price tag, but the initial pre-construction contract is to ready the building – which was heavily damaged by the October EF3 tornado – for renovation. A second phase will include the renovation of the existing 50,000 square foot building and constructing a new 102,000 square foot addition.