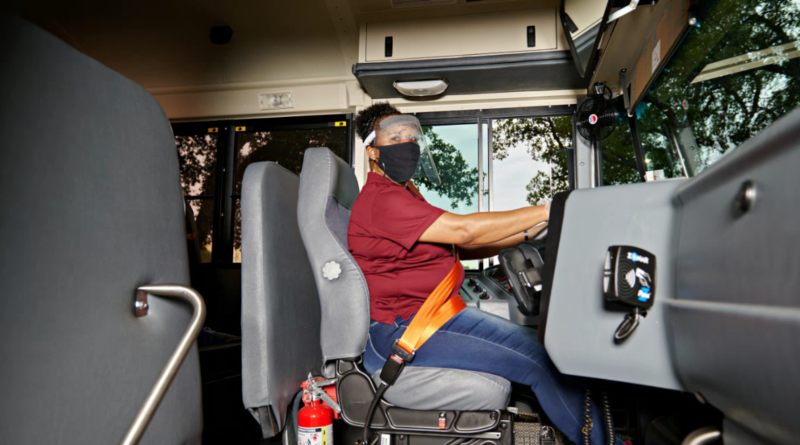 Whether Dallas ISD families opted for distance learning or on-campus instruction, the COVID-19 pandemic has ushered in a whole new and wildly different school year.

For starters, school doesn’t begin until after Labor Day, a decision that was arrived at after an hours-long school board meeting in late July.

The board ultimately approved a new calendar that will have school starting on Sept. 8 and ending on June 18, with Fair Day holidays eliminated and an Election Day holiday added in. The calendar also changes the grading periods from six weeks to nine weeks.

And virtual learning will not be a repeat of last spring, Chief of School Leadership Stephanie Elizalde said.

“Our virtual instruction this year will not be what we did last year,” Elizalde said, saying they took in teacher and parent input, and that the goal this year was to only need parents to help facilitate (such as getting a younger student logged in to their device, or making sure they were paying attention), but not teach.

Trustee Dustin Marshall said he had gotten a steady stream of input from constituents who didn’t wish to see the school year extended. He asked Elizalde why the district couldn’t start on August 17 if they’re going all virtual.

Elizalde said that it is because they would like the three weeks to better prepare teachers and principals – who weren’t on contract over the summer, adding that they could do it if the board rejected the calendar, but it would be more difficult.

“If we don’t get this right on the instructional delivery virtually, I’m going to frustrate a lot of parents,” she said.

District staff said that, by the state rules from the Texas Education Agency, the “clock” starts when school starts on whether a district can take advantage of the eight week option for all-virtual learning if the district is in a COVID-19 hot spot. Starting after Labor Day gives the ability to potentially extend virtual learning – if need be – deeper into the first semester.

“We don’t know if it will get better or worse. We lose control of our own destiny if we start on Aug. 17,” Dallas ISD superintendent Michael Hinojosa said.

By Aug. 21, Hinojosa was ready to announce that the district would start the school year with distance-learning only, and would remain that way through at least the first week of October.

The district has outlined the steps it will take to mitigate the spread of the virus, which include taking temperatures when students board a school bus or enter a school building for the day, hand sanitizer stations throughout the school, plexiglass dividers, floor signage, one-way hallway routes, masks upon entering the school and in common areas, and masks in class, as well as special procedures for school nurses when they encounter a sick child.