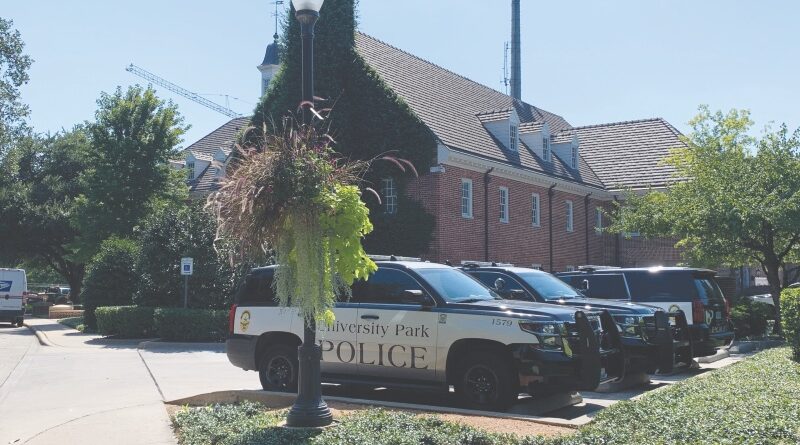 Emergency radios are a lifeline for first responders.

That being the case, authorities with the town of Highland Park and the city of University Park will soon get a big assist in the form of replacing their outdated public safety radio systems.

“It was a partnership with University Park and a big part of that was interoperability,” Highland Park Department of Public Safety public information officer Lance Koppa said of the project. “We share borders, we very frequently work together, train together, so having a radio system that allows us to talk back and forth seamlessly is important.”

“The way that I understand it is we’re a little brother to (a) bigger brother system. The bigger brother systems that are set up allows us to, for example, when we leave Highland Park, if we have to go outside of our jurisdiction within a certain distance, whether it’s work-related, training–we’ll still be able to communicate back to our dispatch center and other officers because now we have the greater reach of the radio because of this larger partnership,” Koppa explained.

University Park communications and marketing director Steve Mace said the city’s portion of the cost for the project is about $4.4 million and Highland Park’s is about $3.96 million. The costs cover the installation of the three cell sites, new radio component shelters and back-up generators at each site, installation of new microwave equipment on the monopoles at the two dispatch centers in University Park and the Highland Park Town Hall location, upgrading all dispatch center consoles, upgrading all emergency vehicles and personnel with Motorola radio equipment, and updating infrastructure to integrate into the new system, and updating infrastructure.

“(University Park’s) cost is more than (Highland Park) because we have more personnel, requiring more radios and we have a back-up dispatch center at the Peek Service Center,” Mace noted.

System completion and complete switch over to the new system is anticipated before the end of the year.