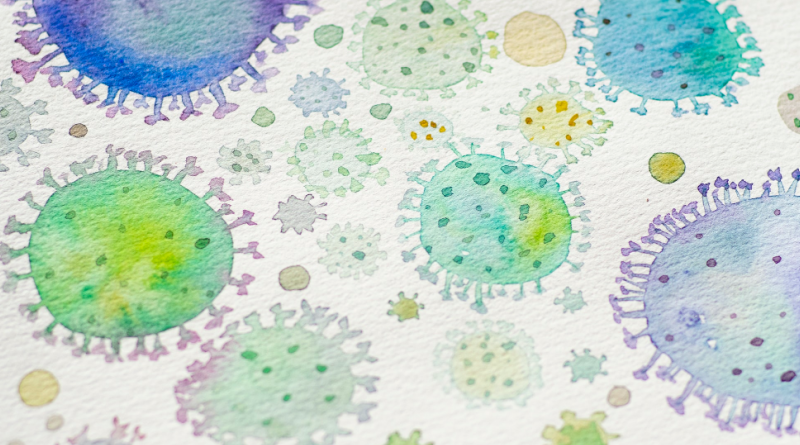 The county saw a spike in new case numbers Tuesday – but is it the beginning of a trend? We look at that, plus more guidance on mitigating the spread of COVID-19, in today’s bullet points:

Masking and social distancing are good ways to combat the spread of COVID-19, but as more people are returning to work – and school – research published in the British Medical Journal indicates that it’s not just any one thing that helps – it’s a measured look at the realities of a specific circumstance and what may be needed for the people in that circumstance.

“Physical distancing is an important part of measures to control COVID-19, but exactly how far away and for how long contact is safe in different contexts is unclear,” the journal said, calling rigid rules for social distancing “outdated.”

But don’t think that means you can head out to a packed brunch or a 30-student classroom, though. Researchers said that what is more important than distance is the velocity and physics behind how far droplets of saliva can travel.

“This (the six-foot or two-meter rule) overlooks the physics of respiratory emissions, where droplets of all sizes are trapped and moved by the exhaled moist and hot turbulent gas cloud that keeps them concentrated as it carries them over metres in a few seconds,” the study said. “After the cloud slows sufficiently, ventilation, specific patterns of airflow, and type of activity become important. Viral load of the emitter, duration of exposure, and susceptibility of an individual to infection are also important.”

To that end, the researchers came up with a model they said factors in more of that, in hopes that as officials and employers start making decisions, they can do so based on their specific context.

County Sees Spike in New Cases, But Says It’s Not a Trend – Yet

Dallas County health officials reported 622 additional confirmed cases of COVID-19 Tuesday, bringing the total confirmed case count to 72,252, including 920 confirmed deaths. Of the 622 cases, 461 came through the state’s electronic laboratory reporting system, and 167 were from months prior to August.

Long-term care facilities continue to account for a third of all COVID-19 deaths, including a woman in her 70s who lived in a Garland facility, a man in his 70s who died at the Dallas facility he lived in, and a woman in her 90s who died in the facility where she lived.

“Today we are experiencing our highest number of new COVID-19 positive cases that we’ve seen in some time. I caution the public not to overreact to this one day number. It includes many cases from the State’s electronic laboratory reporting system for this month and those cases may have been botched from several days, making today a higher number,” said Dallas County Judge Clay Jenkins. “We can look at these numbers over the new few days to see if there’s any sort of a trend upward.”

The county said that the number of COVID-19 hospitalizations Monday was 380 patients. Emergency room visits for COVID-19 symptoms represented about 17% of all ER visits, according to information reported to the North Central Texas Trauma Regional Advisory Council.

UT Southwestern’s latest forecast projects that by Sept. 11, Dallas County hospitals could see concurrent hospitalizations decline to between 270 and 490 cases, with roughly 510 new cases per day on average.

From Aug. 8-21, 393 school-aged children between 5 and 18 years of age were diagnosed with confirmed COVID-19.  About 50% of these cases were high school age.  By zip code of residence, 203 (51%) of these children were projected to have been enrolled in Dallas ISD, and two percent in Highland Park ISD.

CDC Order Says No Evictions for the Rest of the Year

Although Texas Attorney General Ken Paxton told local officials in nonbinding guidance last month that eviction moratoriums were illegal, renters could get relief from a Centers for Disease Control and Prevention order issued this week.

The CDC implemented the temporary eviction moratorium that will last through the end of the year, Treasury Secretary Steven Mnuchin said.

The as-yet unpublished order applies to all rental units nationwide until Dec. 31 and went into effect immediately. It impacts about 40 million renters, Mnuchin told Congress.

The order includes a declaration for renters to sign and give to their landlord that states they cannot afford to pay their rent in full and that if they are evicted, they will become homeless. It also requires renters to prove they made an effort to receive government assistance.

The form will also be made available on the CDC’s website.