SKULLDUGGERY OF THE WEEK: CRIME OF INCONVENIENCE

Why did the prowler pry open a glass door before 1:14 p.m. Aug. 26 just to go in and then come out of a home in the 4300 block of Bonham Street? Police are calling it criminal trespassing.

Before 5:35 a.m., a burglar forced entry to steal from the Forest Car Wash on Forest Lane at the Dallas North Tollway.

Online documents didn’t include a reporting time for shoplifting from the Lowe’s Home Improvement store on Inwood Road near Forest Lane.

Online documents didn’t include a reporting time for a theft from a man, age not provided, at a home in the 6800 block of Greenwich Lane.

Before 7:49 a.m., a vandal struck the Northaven Trail in the 5500 block of Northaven Road.

The motorist who struck a 29-year-old Plano woman’s vehicle before 5:32 p.m. in the 5900 block of LBJ Freeway didn’t stick around to take responsibility.

Officers responded at 12:20 a.m. to reports of an intruder with unknown intentions in a 49-year-old man’s home in the 5100 block of Radbrook Place. Arrest information was not available.

Online documents didn’t include a reporting time for a theft from a Sachse, man, age not provided, at Preston Center.

Arrested at 3:19 a.m.: a 27-year-old man accused of driving under the influence of alcohol in the 11600 block of Hillcrest Road.

At 3:47 a.m., a vehicle stolen in Desoto was recovered outside a home in the 6900 block of Lloyd Valley Lane.

Arrested at 6:44 a.m. after a wreck in the 5200 block of LBJ Freeway: a 24-year-old man accused of driving under the influence of alcohol and driving without a license. 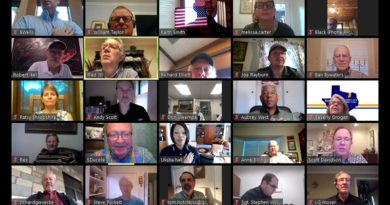 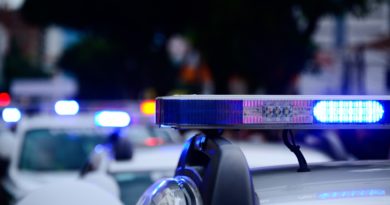