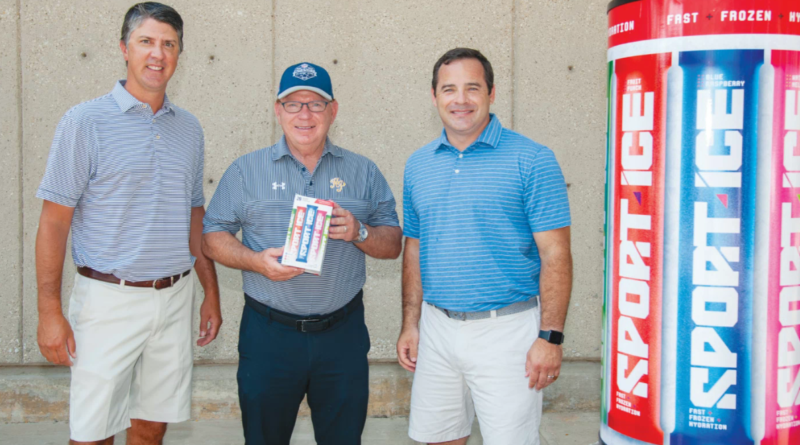 Randy Allen has had the same career for more than four decades. Zac Allen, on the other hand, prefers the jack-of-all-trades approach.

The interests of the legendary Highland Park football coach and his entrepreneur son converge in Sport Ice, a new business venture that Zac is launching this fall. The company is manufacturing and selling all-natural hydration popsicles for athletes to replenish nutrients and fluids.

Zac didn’t need to look far to find subjects for his market research, as the Scots have already become enthusiastic supporters of the frozen treats.

“Dad is a specialist, and I’m a generalist,” said Zac Allen, who also is a pastor and nonprofit administrator. “He knew what he wanted to do from the get-go. He wanted to be a football coach, and he was focused on what it took to be great at that. I just find myself at the front end of building things.”

Zac’s business partner is Jonathan Harper, who has a private equity background and played receiver at HP during the 1990s. The two met during camps as teenagers — when the Allens lived in Abilene — and remained friends ever since.

Sport Ice has some nostalgic roots for former athletes who recall getting sugary popsicles after their games as kids. But its primary motivation lies squarely in the present, namely an increase in millennial moms seeking products for their kids free of artificial dyes or preservatives.

“We knew consumers wanted cleaner options. The idea of another sports drink was not something we wanted to tackle,” Zac said. “There was never this combination of function and fun. It becomes a guilt-free treat that moms can give after the game and then keep in their freezers.”

He said two highly concentrated popsicles provide the electrolyte equivalent of a 12-ounce sports drink. They’re also low in sugar, with a softer texture more like a sorbet.

“[HP was] dealing with cramps in the second halves of games. They wanted to find a way to keep these kids on the field,” said Zac, who moved his family from Austin to Dallas two years ago. “Highland Park is not the only team who’s dealing with this.”

After ordering manufacturing equipment from China, the company was forced to scale back its launch due to the COVID-19 pandemic. Instead, Zac decided to start the rollout locally after starting mass production in early August.

The launch will include four flavors, with plans to add more in the future. The popsicles are available on Amazon, through the Sport Ice website, and with a few local retail options pending.

“Our launch looks different than we thought it would because of coronavirus,” Zac said. “So we decided to exclusively launch it and promote it in the community in which we live.”