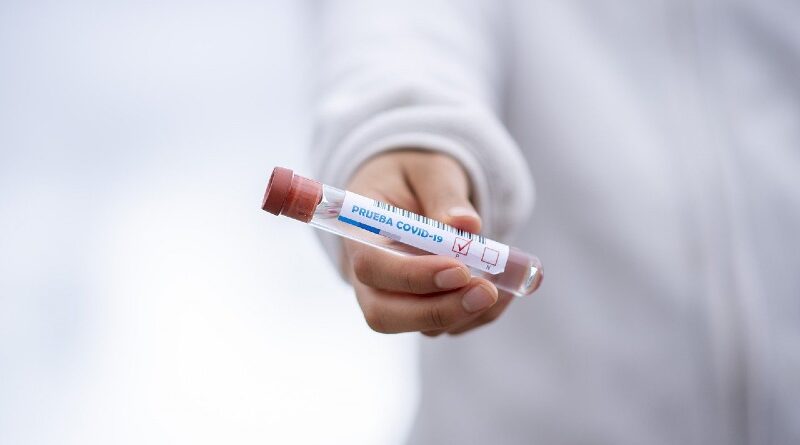 As the state makes changes to how it reports the daily COVID-19  positivity rate, or the percentage of tests that come back positive in a given period, and local officials continue to monitor the state of the pandemic, here’s what you need to know today:

State health officials announced Monday that they would “primarily rely” on a new calculation of the daily positivity rate, or the percentage of tests that yield positive results, to take into account the date a COVID-19 test was administered on, the Texas Tribune reports.

Officials say the new method will give a more accurate representation of transmission of the virus in Texas on a given day.

Labs and hospitals report their test results to the state with varying degrees of timeliness, and state officials will have to recalculate the positivity rates for previous days as more test results from those dates come in, the Tribune reports.

That would mark a shift from the system in place now, which calculates the positivity rate based on the date the health authority receives test results, which can be weeks or months after the tests were administered.

Health department spokesperson Chris Van Deusen said in an email to the Texas Tribune that the different positivity rates generally moved in parallel until about August, when the state reported dumps of backlogged test results.

“As long as the test results and new cases were reported fairly close in time, the case reported date was working as a metric,” he told the Tribune.

The state began releasing the positivity rate under both the new and old methods Monday. Health officials also said they’ll publish a third positivity rate metric calculated based on when lab results were reported to the National Electronic Disease Surveillance System (NEDSS).

The change comes after technological improvements that improved the department’s ability to use data from labs and other testing sites, the Tribune reports.

Officials also told the Tribune that the state can now process about 100,000 lab reports per day compared with about 45,000 per day before August.

“These enhancements are part of our continuous effort to improve the information we present,” said Dr. John Hellerstedt, DSHS commissioner, in a statement. “As the COVID-19 pandemic evolves, so must the data we share.  Our information must provide the clearest possible picture of what is happening now and what has occurred in the past.  The trends in this and other data shape our understanding of what to expect in the future.”

Gov. Greg Abbott has said the positivity rate is among the metrics that officials look to in determining their response to the pandemic, including the level of restrictions put on businesses.

Health experts have reportedly raised questions about  the value of the old metric.

“The numbers that we see from the county health departments or the state health department … they’re not useless, but they are highly qualified and unreliable in terms of studying the trend,” Rajesh Nandy, associate professor of biostatistics and epidemiology at the University of North Texas Health Science Center at Fort Worth, has said, as reported by the Tribune.

The positivity rate by specimen collection date shows a peak in late June and July as Texas saw a dramatic increase in the number of COVID-19 cases reported in the state. The other methods mirror the same overall trend until diverging when the older test results began to be reported in August, the state says.

Part of the backlog — some 350,000 of more than 850,000 tests — accumulated because the state could not process enough test results each day before an Aug. 1 system upgrade, the Tribune reports. Labs have also reportedly struggled to upload their test results to the state’s system, with formatting errors and glitches sometimes causing monthslong delays.

The state also has hired health technology company Persivia to help improve the reporting process, the Tribune reports. Another consultant, Deloitte, joined the Department of Information Resources and Abbott’s office in working with DSHS to improve “data quality and transparency,” the health department said, as reported by the Tribune.

Of the 440 new cases reported Monday, 308 came through the Texas Department of State Health Services’ (DSHS) electronic laboratory reporting (ELR) system, and 100 were from older months–including one in June, 43 from July, and 56 from August.

The additional deaths reported Monday include a Garland man in his 50s who was found dead at his home, a Dallas man in his 50s, and a Farmers Branch man in his 70s.

Of the 976 total confirmed deaths reported to date, about 25% have been associated with long-term care facilities.

A provisional total of 104 confirmed and probable COVID-19 cases were diagnosed in school-aged children between 5 and 17 years during the week ending Sept. 5, a decline from the previous week for this age group, the county says.

During the past two weeks, 33 cases of COVID-19 have been reported associated with multiple youth hockey teams in the DFW area, including five coaches. One 29-year old hockey coach was also reported to have had COVID-19 at the time of his death last week in an adjacent county.

“It continues to be important with schools opening and businesses getting back on better footing for everyone to wear a mask and maintain six-foot distancing when outside their home, use frequent hand-washing, avoid unnecessary crowds, and avoid any indoor setting where people cannot wear a mask one hundred percent of the time. With the weather getting cooler, I encourage people who frequent an establishment where you are eating to choose take-out, delivery, or patio dining. For visitors to you home, it is best to be masked, and outdoor gatherings are preferable to indoor gatherings,” said Dallas County Judge Clay Jenkins.

The latest UT Southwestern Medical Center data projects hospitalizations will increase over the next two weeks in Dallas and Tarrant Counties, though a decrease is also within the range of possibilities in the forecast.

“Over the last several weeks, the rate of hospitalization among cases appears to be falling. While this indicates a reassuring trend of lower severity among the infected, it also implies that the spread of the disease in the community may be reaccelerating even while the number of hospitalized patients remains flat,” according to UTSW.

Hospitalizations in North Texas hospitals have declined by 6% compared to a week ago and 15% compared to two weeks ago, per the latest UTSW data.

Dallas County total COVID-19 hospitalizations are projected to increase to between 280 and 540 concurrent hospitalized cases by Sept. 25, and roughly 730 new COVID-19 infections per day are expected by Sept. 25, per UTSW’s model.

The percentage of respiratory specimens testing positive for the virus that causes COVID-19 remains high, the county says, with 10.8% of symptomatic patients presenting to area hospitals testing positive in week 36.

The  Friends of Wilkinson Center will host The Spirit of Taos Online Auction, with bidding open through Sept. 25.

While this year’s Spirit of Taos fundraising event has been cancelled because of the current health crisis, the community is invited to continue to support Wilkinson Center by bidding on an offering of three auction packages including:

The Wilkinson Center is also taking Gift of Love donations to help them continue to evolve to meet the challenges of poverty.