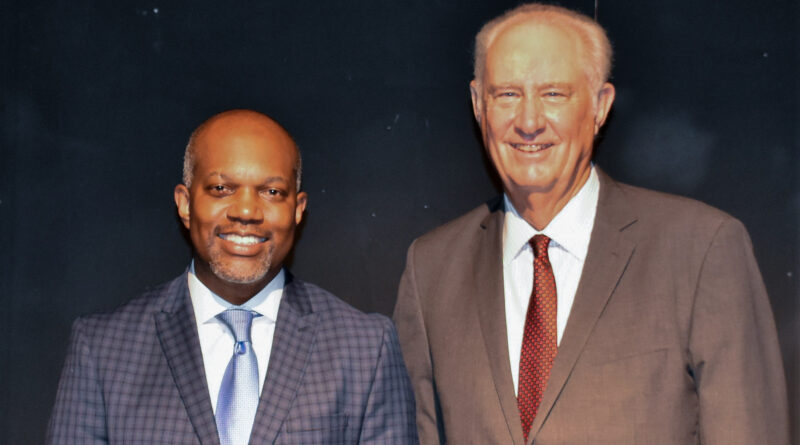 A longtime champion of the Salesmanship Club of Dallas and its impactful community service, Mike McKinley has been tapped to serve as the organization’s 101st president.

“For 100 years, the Salesmanship Club of Dallas has dedicated its efforts to support critical programs for children and families in areas of our community which lack equitable opportunities,” said McKinley. “We believe that prioritizing education and social emotional health will improve the ability of children to reach their full potential. It’s my honor to lead this organization forward in that mission, alongside my fellow Club members, as we continue to be a force of genuine service.”

McKinley has 40 years of experience in banking, business and corporate law and is a founding partner in the law firm of Shackelford, Bowen, McKinley & Norton, LLP. He was named to the “Best Lawyers in Dallas” list, published by D Magazine, in Business Law in 2018.  As an active member of the University Park United Methodist Church, McKinley has also served in leadership roles in several faith-based organizations.

McKinley succeeds Pete Lodwick in the role. Lodwick has strategically navigated the organization and its fundraising efforts through the unprecedented COVID-19 crisis.  Though the 2020 AT&T Byron Nelson tournament could not be played due to the pandemic, the Club’s support of Momentous Institute has remained unwavering, under his leadership. Through the AT&T Byron Nelson, the Salesmanship Club of Dallas has raised $167 million for Momentous Institute since 1968, making it the largest charitable fundraiser on the PGA TOUR.

“The Salesmanship Club of Dallas’s first Club president Woodall Rodgers set the tone for the Club leadership by directing us to, ‘Do good, without being stuffy about it,’” said Lodwick. “One hundred years later, we are still wholeheartedly committed to transforming children’s lives. I’ve been honored to follow in that legacy and know Mike will continue to steward our organization and incomparable charity responsibly and with the utmost integrity.”

McKinley is committed to creating an environment where everyone can serve side by side with compassion and dignity.  He will serve a one-year term, alongside six members elected to the following leadership positions on the Salesmanship Club of Dallas board of directors:

One thought on “McKinley Tapped to Lead Salesmanship Club of Dallas”