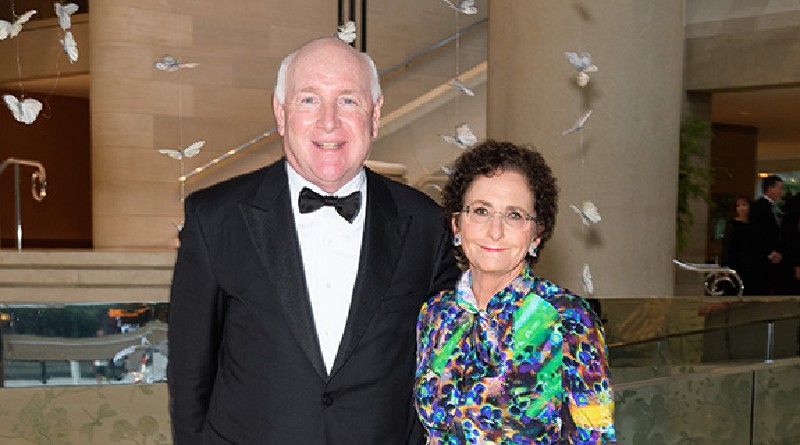 Land that was once home to the late Raymond Nasher may be divided into three sites, according to paperwork filed with the city by his daughter and son-in-law.

Nancy Nasher and husband David Haemisegger submitted plans to the city Plan Commission that would break up a 13-acre tract of land on Park Lane, east of Rockbrook Lane and north of Miron Drive. The lots would range in size from 4.362 acres to 4.890 acres.

Raymond Nasher’s home, which sat on the property, was demolished last year.

“The Nasher home in North Dallas rests in a tree-shaded, 8-acre parcel at the end of a winding driveway. The low-slung, glass-walled house, designed in 1950 by Howard Meyer, a Dallas architect who was influenced by Frank Lloyd Wright, is hard to miss. Enormous sculptures mark the approach, like totems of an older and more mature culture,” the home was described in D Magazine in 2003. “A large, black shape visible in a clearing through a grove of live oaks looks like a question mark on its side attempting to pull itself off the ground. Brightly colored symbols of what could be deities for a pantheistic sect are seen through the woods.”

The two currently own several parcels of land in Preston Hollow, including two plots on Miron Drive that are listed under the name of their company – Miron Property, one on Park Lane, and two on Deloache Avenue.

S190-211 by PeopleNewspapersDallas on Scribd