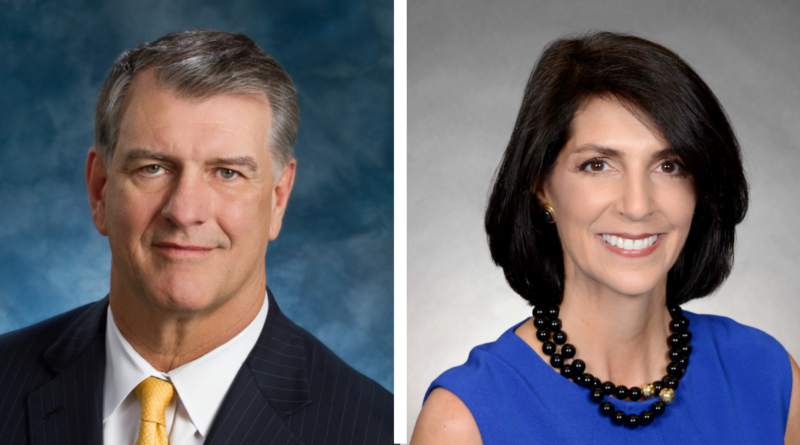 Two Preston Hollow residents have been tapped to help lead a longstanding nonprofit as it navigates the pandemic, the Hoblitzelle Foundation announced.

Former Dallas Mayor Mike Rawlings and community leader Lizzie Horchow Routman were named to a board of directors that also includes the organization’s first female board chair.

“On behalf of the Hoblitzelle Foundation and our board, we’re thrilled to welcome Mike Rawlings and Lizzie Horchow Routman as new directors. Their leadership and engagement in our community coupled with their knowledge of critical needs in our city will be a tremendous benefit to those we serve,” said Katie Robbins, Hoblitzelle Foundation president and CEO.

Rawlings served as Dallas mayor from 2011 to 2019 and was CEO of Pizza Hut from 1997 to 2002.  He founded private equity firm CIC Partners in 2004 and has been actively engaged in the firm again since leaving office. He has been involved with anti-poverty efforts, initiatives to prevent domestic violence, and the Grow South Initiative.

Routman is a member of the Horchow family, and has continued their legacy of community service, having recently chaired the UT Southwestern President’s Advisory Board. She is also a board member at The Dallas Foundation, and has been in leadership positions with The Hockaday School, Planned Parenthood of Greater Texas, and the Visiting Nurse Association.

The foundation was established by Karl and Esther Hoblitzelle in 1942 and has invested more than $240 million in the social service, cultural, educational, and medical organizations in Texas.

“Mr. and Mrs. Hoblitzelle wanted Dallas to be a great city and that means having quality and excellence across all areas – medical, social services, education, and the arts,” Robbins said. “Both Mike and Lizzie have such a breadth of knowledge of the needs of the community, they will be able to easily ascertain where a grant from Hoblitzelle Foundation will make a difference.”

Thanks to the pandemic, though, the nonprofit recently made changes in the types of grants it is making, Robbins said.

“We shifted our funding strategy to be intently focused on what the community needs at the moment.  When the pandemic initially hit, we made grants to several relief funds,” she explained. “During our May board meeting the Directors made almost 20 emergency grants to medical and social service agencies in North Texas.  We felt that unrestricted, operational dollars were needed most versus our typical grants for capital items.”

The foundation supported Parkland and UT Southwestern, as well as neighborhood-based clinics like Healing Hands and Los Barrios Unidos as they provided testing, treatment, and research during the pandemic.

“We were also happy to provide a grant to Feeding Texas that allowed them to access USDA funds to bring a significant quantity of shelf-stable food to Texas,” Robbins said.