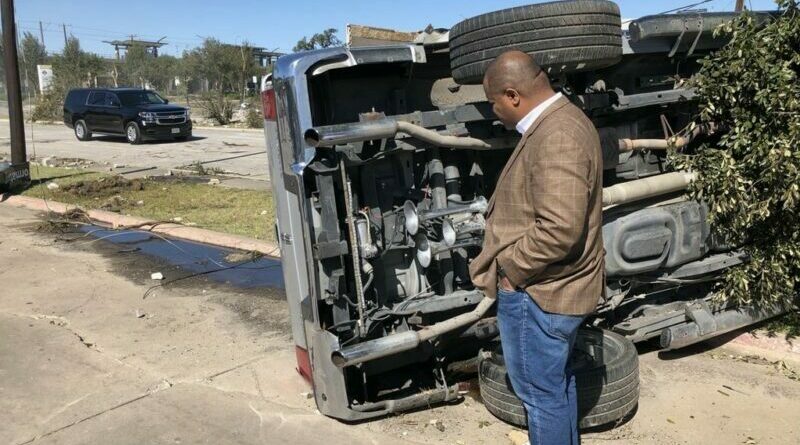 Like everyone else in Dallas, Mayor Eric Johnson was caught by surprise when an EF3 tornado struck North Dallas, cutting a swath of damage for miles.

The following is our conversation with him about what he remembered from Oct. 20, 2019, and the days and weeks that followed.

PN: So I was able to drive right in to Preston and Royal that morning, park at Starbucks, and walk the entire area.

EJ: Yeah. You couldn’t do that by the time I got back there. I was able to physically walk as I had police detail with me and we were able to get access. We had to shut that down and completely by then. You could not get to that intersection because we were down power lines. I remember like it was yesterday.

PN: So kind of, that’s kind of where I was going with this. So Sunday night, you know, the sirens go off and everything and it’s dark, so you really have no clue how bad exactly it is. What went through your head as you found out?

So it touched down at the time the Cowboys are in the middle of agame. And my phone is buzzing and I’m not answering it – I’m in a football game, and most of the time my phone buzzes it’s something social or whatever. So I don’t answer at first, but it keeps the buzzing, which is not normal. So I look at it and it’s like, “Holy smokes, you know, this going on.” Cause my wife is like, “you know, there was a tornado moving through town,” and the kids and my wife were under the stairwell at home. So I jumped in my vehicle with my security detail, and we hightail it back to town, to my house to check on my family, make sure they’re OK. And then I immediately get dressed- because I think I was in kind of casual gear for the game.

So, actually, when the tornado touches down, I’m not even aware of it and nobody who was at that game was aware of it.

PN: So Monday morning and you are driving through the damage zone with your security detail. What are you seeing?

EJ: I had never been in a tornado or been in an area that immediately been hit by one, so I had no idea what to expect. No clue. And so, you know, when I got up the next morning,it doesn’t really, frankly just feel two or three hours after I’d gone to bed.

I canceled my day, I went into City Hall, I got a briefing from our folks and heard about the damage. I got it described to me. And I went and had a press conference and I told them at the press conference what I knew, which was just basically that I just been briefed on it.

And then I went to actually visit the site and I have to tell you, never to this day, I’ve still never seen anything like what I saw outside of a movie. It was incredible … the path of the tornado damage. I mean, I saw overturned cars. I saw flattened buildings. I mean, it was absolutely incomprehensible the damage I saw to the church that’s right there near Thomas Jefferson and Walnut Hill Elementary School, incredible damage. So I first went to the Harry Hines with Omar Narvaez and we looked over there and that’s where I saw some overturned cars and just crazy of structural damage over there.

And then I met up with Jennifer Gates and we walked around some of the area in her district. And I spent the most time with Lee Kleinman, on the eastern most part of the damage.

I also went to the part where Adam McGough’s district is, but I spent the most time with Lee Kleinman because we actually drove around together and walked around together the entire, Preston-Royal Shopping Center, that area. So I saw St. Marks and the gym, which was leveled, saw the Chamber of Commerce – I actually saw Ken Malcolmson walking around in the streets. Everyone had kind of a dazed and confused look on their face and could not believe the extent of the damage. It was just, it was incredible.

I was blown away by how, I guess apparently when it touches down it’s very pinpoint where, you take a street on one side of the street, you’ve got flattened structures and across the street, nothing. Nothing.

PN: My heart stopped when I drove past Walnut Hill Elementary in particular – I just thought, “If this tornado had touched down on Monday afternoon, there would have been fatalities.”

You’re giving me goosebumps all over again, because these are all thoughts that ran through my head in real time as I was surveying the damage. I remember thinking a few things. One, if this touches down at another time, when people are out and about, the fatalities we would’ve had. Two, what if this goes through a part of the city where – frankly, let’s just be honest about it, Preston Hollow has some better built structures, some higher-quality construction, where you had roofs torn off houses, but the structure remained – where people’s homes are not nearly as sturdy. Where you have frame houses that were built in the ’40s or ’50s, on Bois D’arc tree stumps? The tornado could’ve literally lifted up the entire home and uprooted it, and be like a Kansas and the Wizard of Oz type of situation.

And if you look at the time of the tornado’s touchdown, it could’ve gone through Fair Par where – people forget – the State Fair of Texas is still happening and people were at the fair. If that goes through the state fair with all those people just walking around, there’s not enough time to take shelter.

The path it took in a weird way contributed to the fact that we have zero fatalities and zero serious injuries – which people cannot believe, but it’s true. We haven’t a single loss of life or serious injury, but it’s most of the timing and the path. We were just very, very fortunate. I mean, that doesn’t diminish the damage that was done and how sad it is that there are people who are still dealing with the aftermath of it, but it could have been considerably worse than that. I thought about that a lot when I was looking at the damage.

PN: It’s a weird question to ask, but I was talking to someone else the other day, and they brought up that despite the destruction and the ongoing issues with FEMA, there were some wins. The community coming together was one, they said. The lack of fatalities was another.

EJ: Our Dallas Fire Rescue and our police department, and the Office of Emergency Management deserve the highest, highest commendation for how they went in. And in I’m talking about in the dead of night, and covered the entire path of that tornado to make sure there was a single casualty. Because, as you know, a lot of the fatalities, they don’t come from the direct hit. It comes from the people who were in unsafe structures.

You think your structure is OK, and then it caves in on you, later after the fact – anywhere from, you know, minutes later to hours later, two days later. But they went in and cleared every living person, pet you, name it out of the path of that tornado to make sure that no one got killed by an unsafe structure.

They did such a good job. In fact, that when the city of Nashville got hit recently with their tornado, I connected their mayor with our Office of Emergency Management and our folks to tell them how we did it so fast. They wanted to know how we were able to do it with no fatalities. Now they weren’t as fortunate and they did lose life. But if you look back at the record, you’ll see the tornadoes were of the same magnitude, I believe. And they had people die. So we were very fortunate in that regard.

I think that’s one definite positive to come out of it. It’s a tough question you asked because there’s no real positive to a natural disaster kind of in the name disaster.

But it also showed the resilience of our city and how we really do come together in this city to help each other out in times of need. The outpouring of support that we received, and the people who came up to us after the fact and said they want to help, unsolicited, I mean, everyone from the high profile folks like Mark Cuban and Dirk Nowitzki who reached out to me immediately and said, “How can we help?” and donated money, to the people who you will never know their names, they’re not famous, but they said, “I want to make a donation to the disaster relief fund,” the city’s emergency assistance fund, and help us pay to relocate families.

It really showed the spirit of our city that the charitable and philanthropic, community really shown, and they really did a great job.

Like I said, it was a disaster, but I think it’s a couple of things I’m very grateful for are the lack of loss of life. And we saw how great our DFR and our police department really are and our Office of Emergency Management really are, and we saw how truly, truly caring and kind our city is. 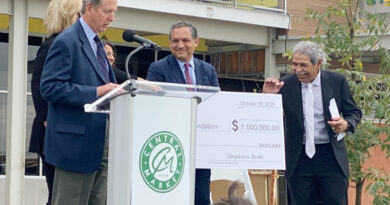 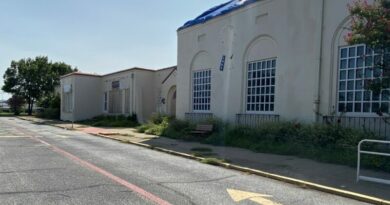 A Year Later, Still Much To Be Done 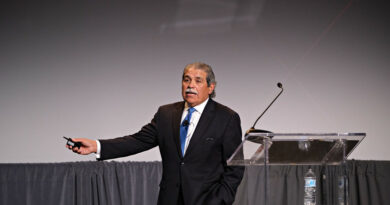 A Year Later, and Tornado Still Provides Worries for District