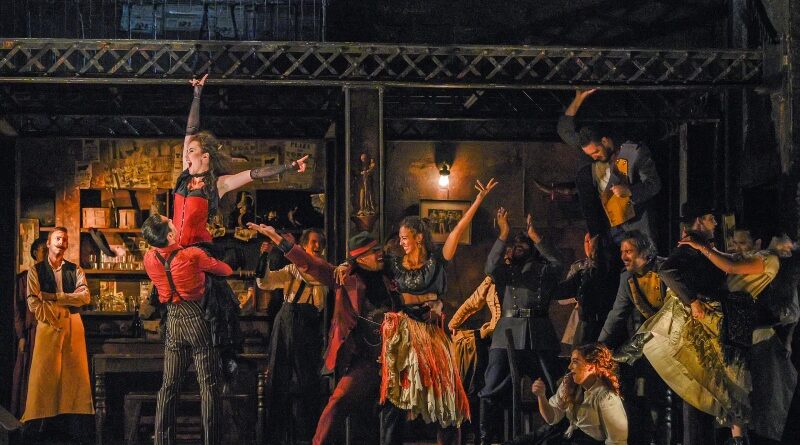 The Dallas Opera will be making the company’s 2018 hit production of Georges Bizet’s Carmen — originally simulcast live in high definition to an audience in Klyde Warren Park — available free for home viewing for a limited time.

The video stream will premiere online on Oct. 9 (the originally scheduled date for the opening of the 2020/2021 Season) at 7:30 p.m. Those interested in viewing the performance must register online to access the program. Following the Oct. 9 stream, the program can be viewed by registrants for 30 days until Nov. 8.

“In this time of pandemic, it is crucial that The Dallas Opera continue to explore new ways to deliver outstanding performances to patrons in North Texas and around the globe,” said Ian Derrer, the Kern Wildenthal General Director and CEO. “We are grateful for the support of our unions which has enabled us to present a truly remarkable performance that would be a highlight in any season.”

This much-acclaimed production of Bizet’s thrilling masterpiece, created by Sir David McVicar for Glyndebourne Opera in 2002, received its American debut at The Dallas Opera. It was conducted at TDO by French conductor Pierre Vallet, with director Jack Furness staging the revival in his American opera debut.

The cast of The Dallas Opera’s Carmen is led by French mezzo-soprano Stéphanie d’Oustrac in the title role, tenor Stephen Costello in his role debut as the tormented Don José, soprano Sara Gartland in her Dallas Opera debut as the ever-faithful Micaëla, and Russian bass Alexander Vinogradov as the dashing toreador, Escamillo.

The ensemble cast includes sopranos Sarah Tucker as Frasquita and Lindsay Metzger as Mercédès, tenor Rafael Moras as Le Remendado, and baritones Corey Crider as Le Dancaïre and Gideon Dabi as Moralès — all in their company debuts. Bass Ben Wager appears as Zuniga.

This production of Carmen was presented by The Dallas Opera in October/November of 2018.

Visit dallasopera.org/performance/carmenstream for additional details or to register to attend this virtual night at the opera.