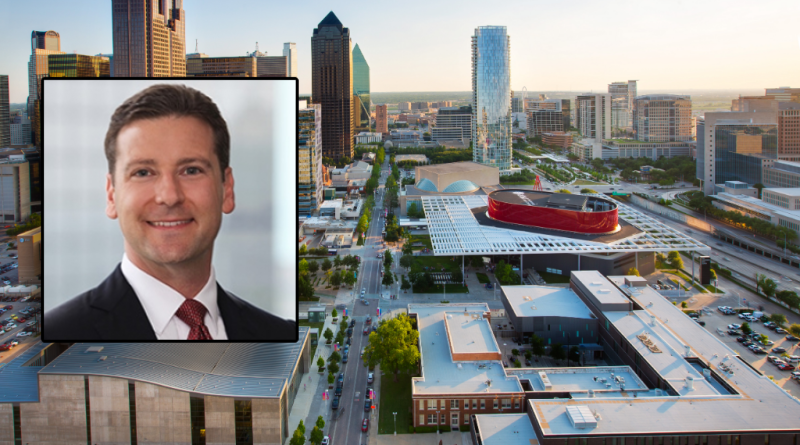 The AT&T Performing Arts Center announced that Dallas attorney Daniel L. Tobey has been elected as chair of its board of directors for a two-year term.

“I am excited to be serving with directors who are creative and passionate about the Center and its role in both our cultural community and the city,” said Tobey. “This is a challenging time for the arts, and I’m eager to work with the staff and this Board to keep the Center and the arts in Dallas moving forward.”

Tobey is a partner in the Dallas office of the global law practice DLA Piper, located in 1900 Pearl just behind Strauss Square. He is also a medical doctor and software entrepreneur who represents healthcare, private equity, and finance clients on regulatory and litigation matters. Mr. Tobey is a graduate of Harvard College, Yale Law School, and UT Southwestern Medical School. He has served on the board of several nonprofit organizations including the Parkland Foundation, SPCA of Texas, and the regional Anti-Defamation League. He has served on the Center’s board since 2016.

He succeeds Matrice Ellis-Kirk, who served as Chair since 2015. A member of the board since the Center’s inception in 2000, Ms. Ellis-Kirk was recently named as Life Director. She is one of just five people with that distinction. Under her leadership, the Center completed the fundraising campaign to retire its construction debt, established the Moody Fund for the Arts to support small Dallas arts groups, and formed a groundbreaking partnership with Dallas Summer Musicals.

“I am very proud of how hard the Center’s team and board leadership work to serve our diverse and growing community,” said Ellis-Kirk. “I’ve had the pleasure to have worked with a talented and committed staff, and a committed board to ensure the Center’s success. And I am excited to support Danny as the Center entertains, educates and inspires for its second decade.”

She will continue serving on the Center’s board and its Executive Committee as Past Chair and joins the Center’s other four Life Directors: Bess Enloe, Howard Hallam, Caren Prothro, and Deedie Rose.