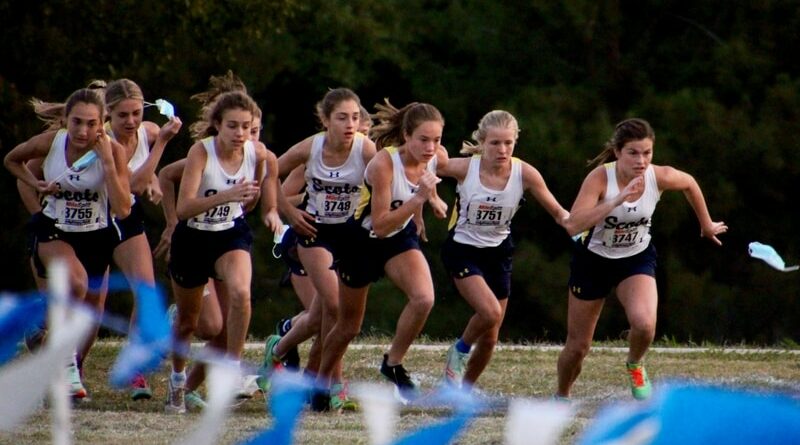 The Highland Park girls claimed both individual and team titles in dominating fashion at the Flower Mound Invitational on Saturday.

Cameron Fawcett continued her stellar season with a first-place finish in a time of 17 minutes, 55 seconds on the course at Shadow Creek Middle School. She was more than 50 seconds in front of teammate Charlotte Hudson in second, while Sara Cavey completed the podium sweep for the Lady Scots.

In the boys race, HP finished third as a team, led by Ethan Moss in his season debut. Moss crossed the finish line in ninth place in a time of 16:56.

Both HP teams will next compete on Oct. 10 in Fort Worth, at a meet hosted by Keller Fossil Ridge.

Lady Scots Fall in 15-5A Opener