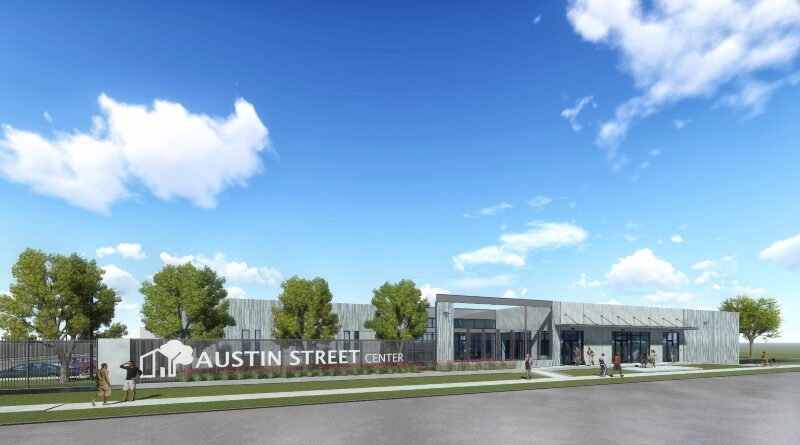 Austin Street Center Sept. 25 announced its $15 million capital campaign to fund the development and construction of a 60,000-square-foot, 2.3-acre campus in Dallas. The project is scheduled to break ground later this year.

“Austin Street Center has served the City of Dallas and our neighbors experiencing homelessness for more than 30 years,” said Daniel Roby, Chief Executive Officer at Austin Street Center. “Over the years the number of people we serve has not only increased, but so have our wraparound services, community partnerships and significant housing placements. The new Austin Street Center for Community Engagement will make way for a master-planned, 24/7 client-focused shelter and day service center, designed specifically around our proven process that Helps them Home.”

Austin Street Center was founded in 1983 solely as a shelter. Despite an aging facility and space constraints, Austin Street has managed substantial increases in client volume over the past five years (1,569 in 2013 to 3,008 in 2018), while significantly enriching its program to better address client needs.

In the past fiscal year, more than 214 of clients have found a permanent home with Austin Street’s support.

Austin Street Center is expanding its presence with a 24/7 client-focused, state-of-the-art campus,

“Dallas has a housing crisis with a general increase in homelessness and a 725 percent increase in unsheltered homelessness since 2009,” said Nancy Best, chairman of Austin Street Center’s Board of Trustees. “This new facility will further Austin Street Center’s legacy of care and provide clients with the resources they need from medical respite and mental health care, to employment services, safe shelter and a nutritious meal.  Together these services are geared to help them transition out of homelessness and into a home of their own.”

As the Campaign’s chair, Megan Burkhart understands the impact this has on the community at large.

Since the campaign’s quiet beginning in late 2018, Austin Street Center has received more than 28 gifts totaling more than $11.4 million from generous North Texas companies, individuals, foundations and organizations alike, with a significant start of $3.5 million in lead gifts.

To learn more about the Help Them Home capital campaign or to make a gift https://www.austinstreet.org/campaign