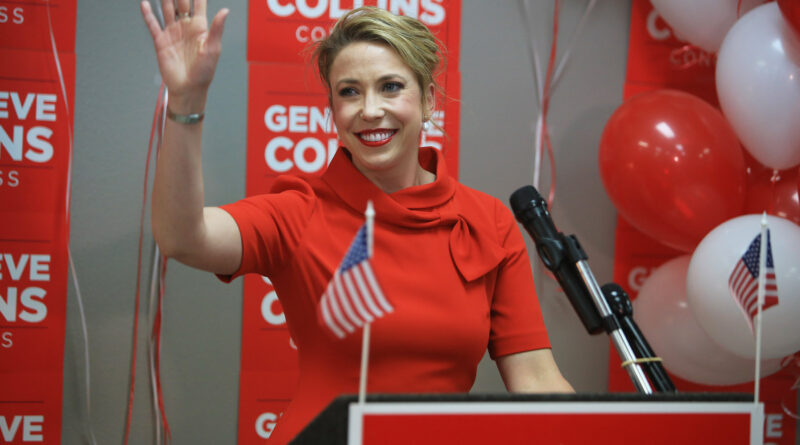 The debate, which was to take place tonight, will be rescheduled due to Collins’ appendectomy, her campaign said.

A debate between incumbent Congressman Colin Allred (TX-32) and his Republican challenger, Genevieve Collins, will happen – but not Monday night, the two campaigns said Sunday.

The debate was slated to happen Monday at 7 p.m., and was sponsored by AJC Dallas, NCJW Greater Dallas, Temple Emanu-El Dallas, Congregation Beth Torah, and Cathedral of Hope. KERA’s Sam Baker was to be moderator.

Collins’ campaign manager Rob Costello said she underwent an emergency appendectomy last Saturday, but had further complications over the weekend and had another surgery on Sunday.

“She remains hospitalized and is grateful to her hardworking nurses and frontline hospital workers,” Costello said in a statement the campaign shared on Twitter. “She will make a full recovery, but she is unable to participate in tomorrow night’s scheduled debate. We have been in contact with Congressman Allred’s team as well as the AJC, and appreciate both parties’ willingness to find a later date to hold the debate.”

“Aly and I are wishing Genevieve a quick recovery, and we hope she feels better soon,” Allred responded. “There will be time to debate the issues, and we’re glad she is getting the care she needs.”

Early voting begins Tuesday. Want to share your choices for this race and others? Check out our October People-Powered Election Survey.