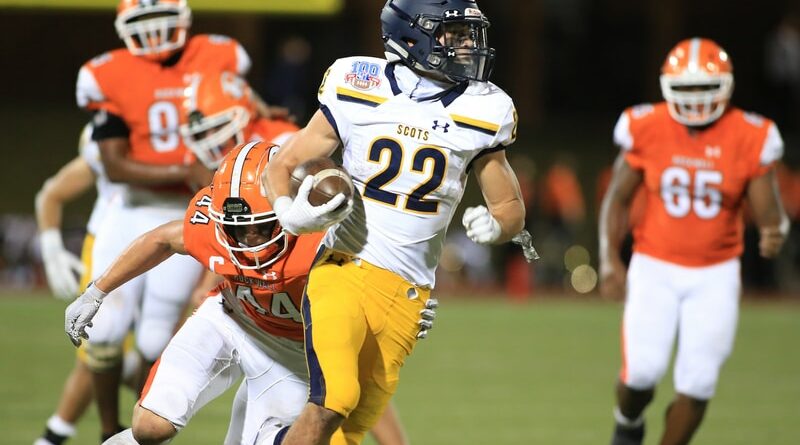 ROCKWALL — In a matchup of two notoriously high-powered offenses, the Highland Park defense stole the show.

The Scots stifled Rockwall’s up-tempo attack and showed remarkable progress on both sides of scrimmage during a 46-18 win on Friday at Wilkerson-Sanders Memorial Stadium.

The surprisingly comfortable victory gives HP plenty of momentum entering a bye week, followed by the District 7-5A Div. I opener on Oct. 30 against Sherman.

Brayden Schager led the Scots (2-0) by completing 22 of 30 passes for 315 yards and three touchdowns, and also running for two scores.

But the big story was the HP defense, which seemed to have every answer for a Rockwall offense that averaged more than 55 points per game in its first three wins this season.

Prior to their final drive of the first half, the Yellowjackets (3-1) managed just 45 total yards and punted five times. By that time, HP had built a 26-2 lead.

“We were well-prepared and well-focused, and made plays when we had to,” said HP head coach Randy Allen. “We kept them in bad down-and-distance situations, and they could never get that tempo going.”

The defense made its final big statement of the night when George Wright returned an interception 19 yards for a touchdown midway through the third quarter that effectively put the game out of reach.

While Rockwall sputtered on offense, the Scots were efficient and occasionally explosive in reaching the end zone on four of their first five possessions.

Brooks Bond, who suffered a minor injury during last week’s win over Coppell, rushed for a game-high 111 yards on 18 carries, including the game’s first touchdown. He also caught a scoring pass from Schager in the second quarter.

Bond was the primary focal point of an HP offensive strategy that controlled time of possession and consistently converted third downs. The Scots accumulated 503 yards of total offense.

“We were keeping them on the field and wearing them out,” Allen said.

The Jackets gained some momentum with a second-quarter touchdown pass from Braedyn Locke to Caden Marshall that trimmed the deficit to 26-9 at halftime. Then Rockwall’s Corey Kelley recovered a fumble in HP territory to open the second half.

However, the Jackets failed to advance the ball on the ensuing drive, and HP responded with an impressive march that culminated in a 30-yard touchdown strike from Schager to Crockett Corwin.

“When they get that rhythm going, and that tempo, and he starts hitting those receivers, they’re very difficult to stop,” Allen said. “We were getting off the field sooner, we were fresher, and our secondary played great with two starters out. They were trying to hit the deep ball, but our guys had really good coverage.”

The Scots tacked on another score early in the fourth quarter, on a 14-yard pass from Schager to sophomore Grayson Schrank.

Meanwhile, Locke struggled to find a rhythm against the smothering HP defense. He connected on just 13 of 28 throws for 154 yards — less than half of his season average.

HP has beaten the Jackets, who advanced to the Class 6A Division I state semifinals a year ago, in three out of the last four seasons. That includes two victories in a row on Rockwall’s home field. 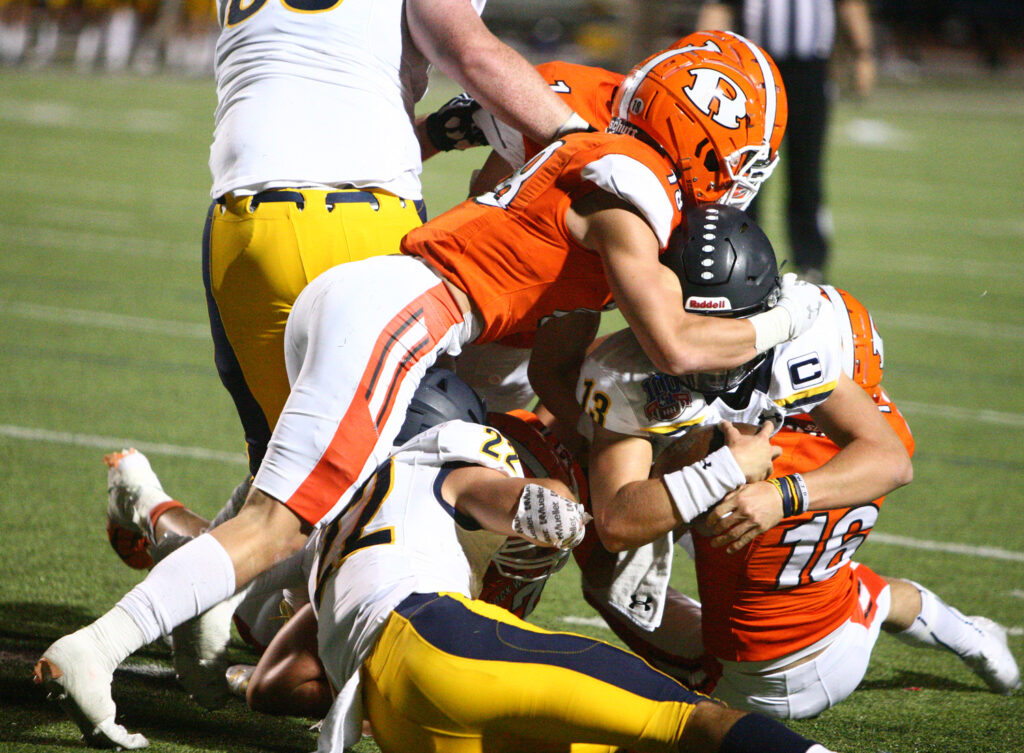 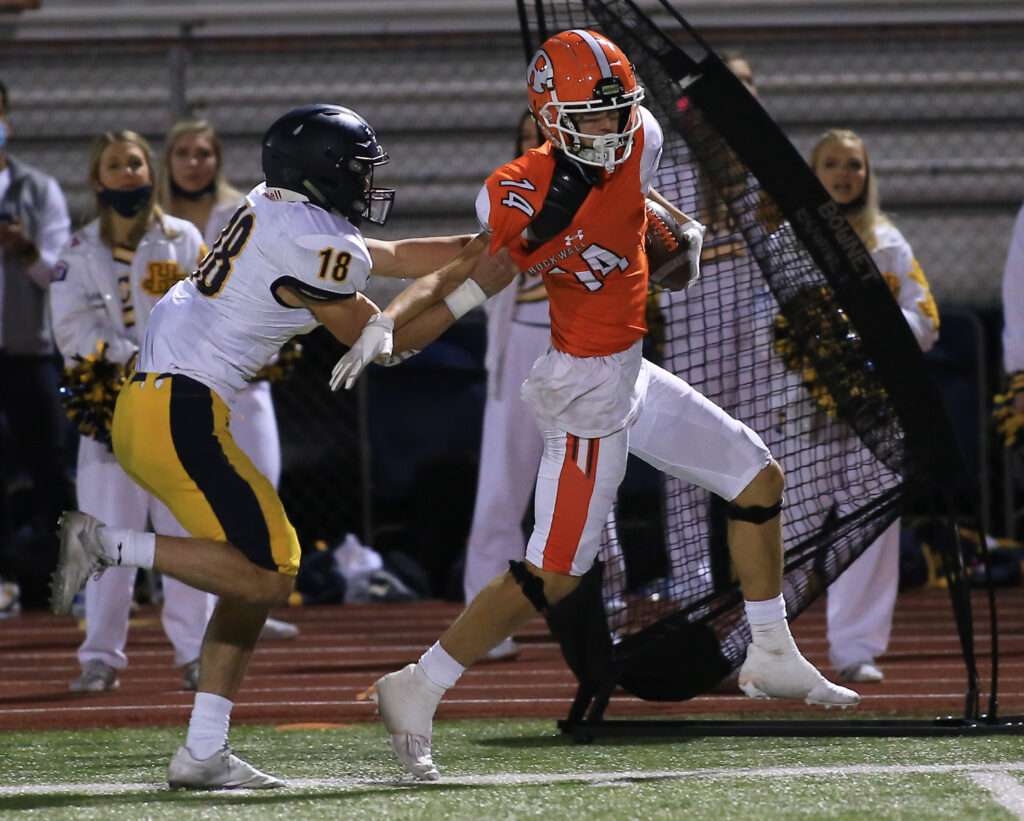 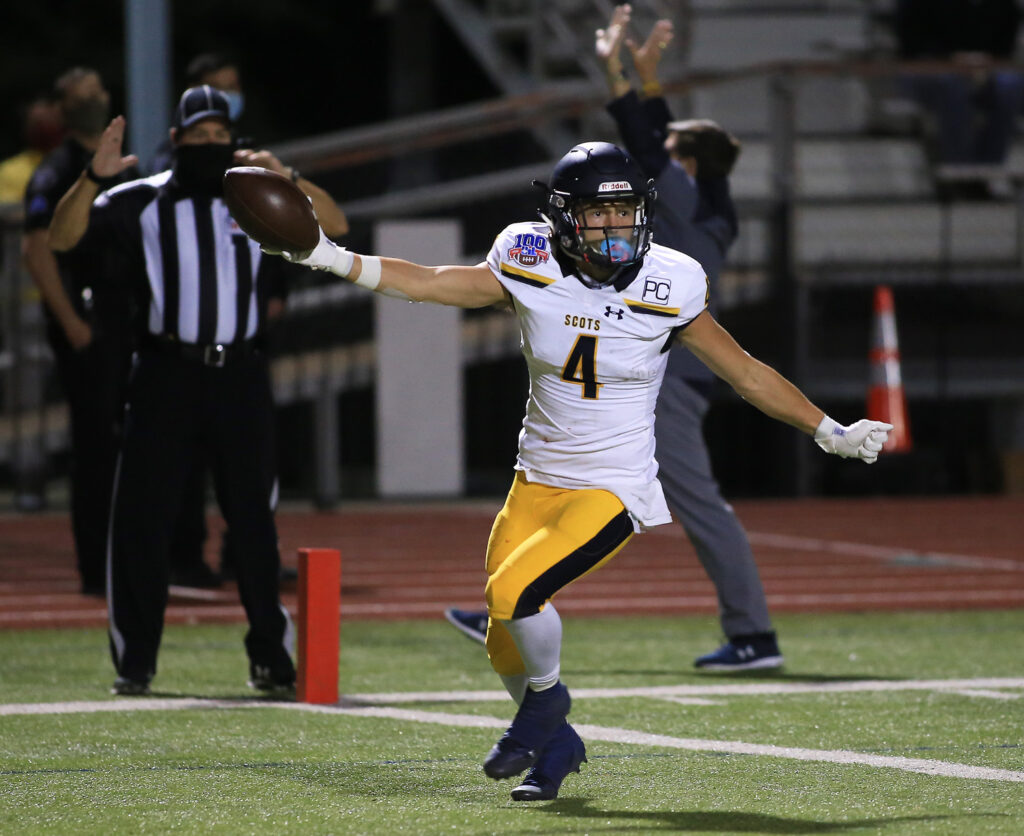 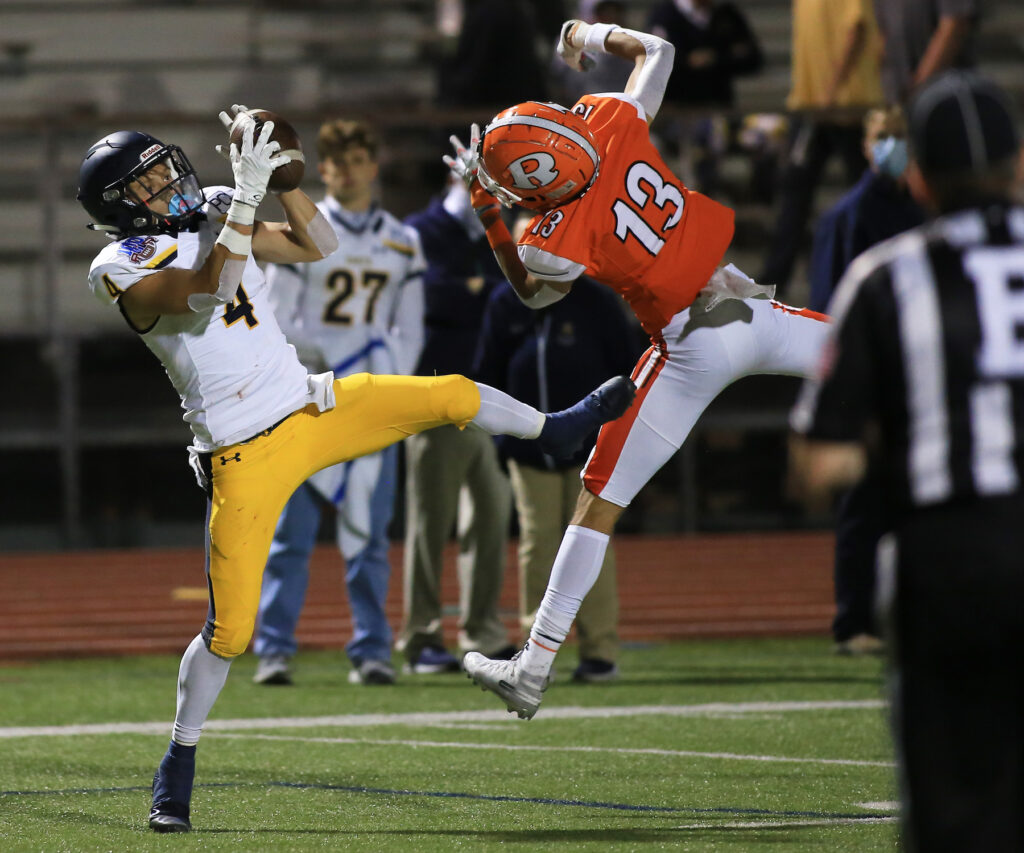 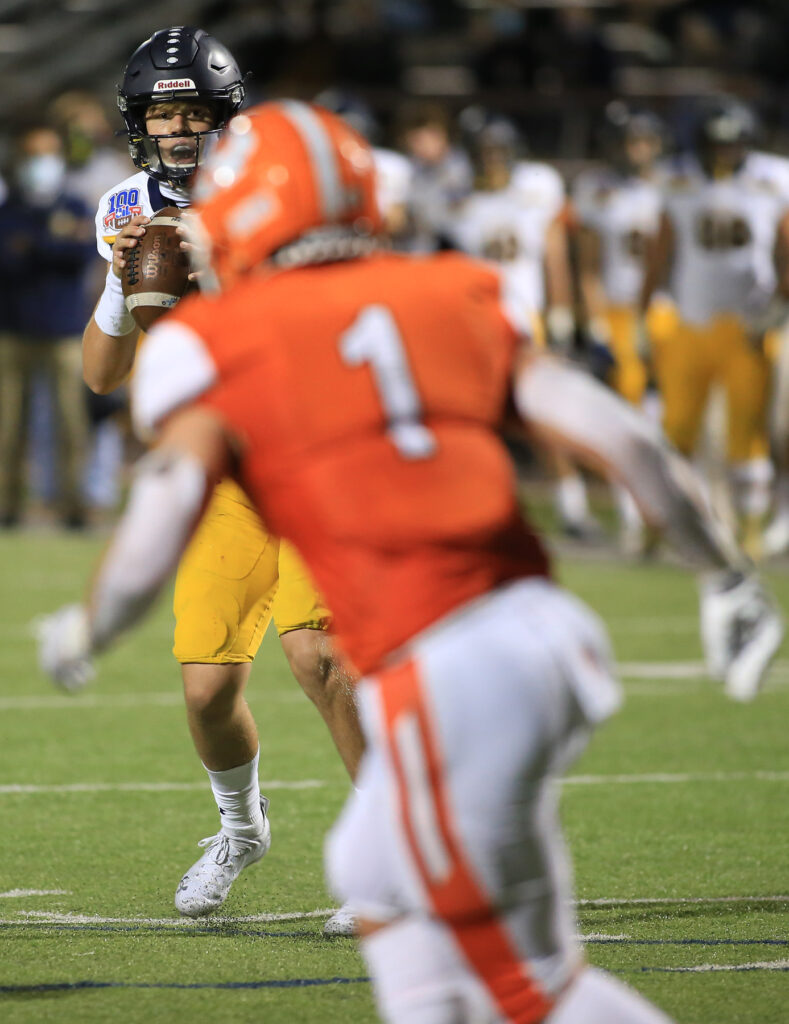 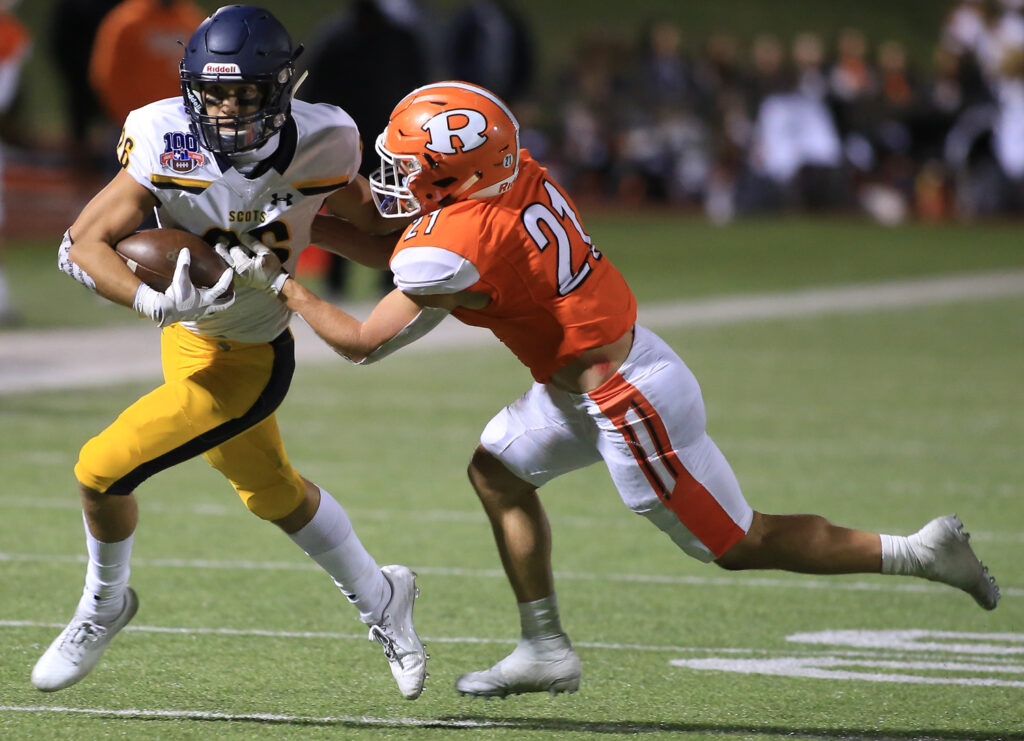 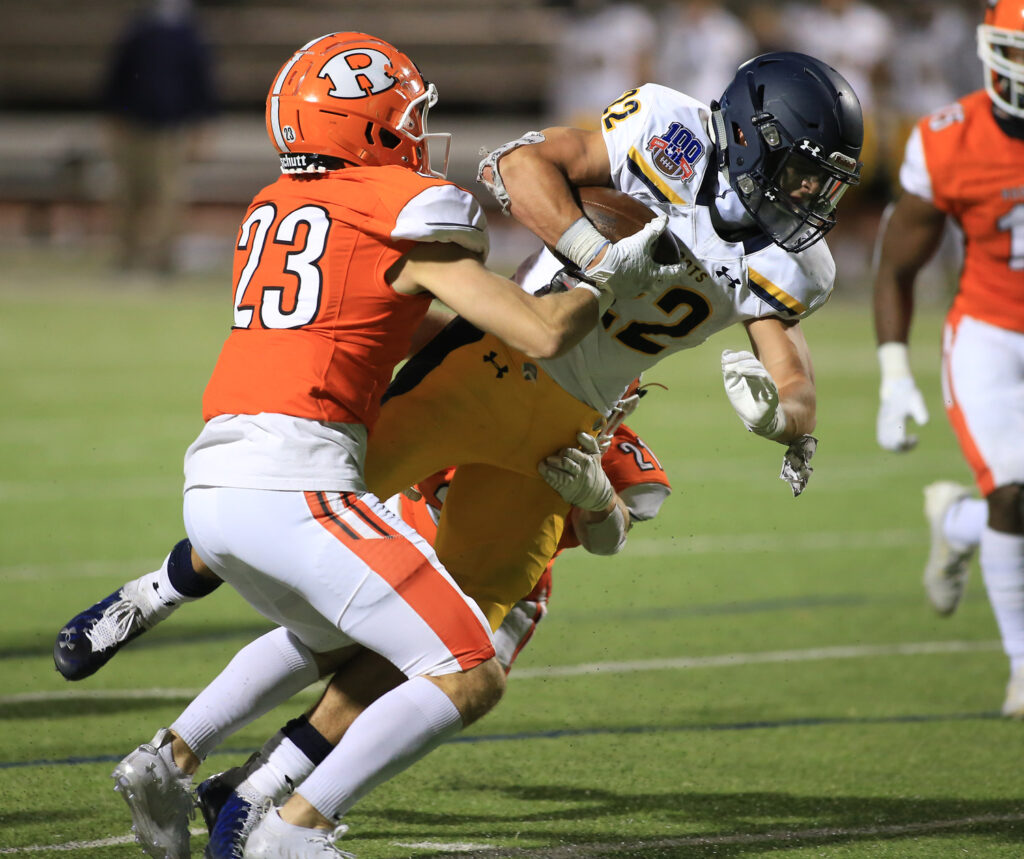 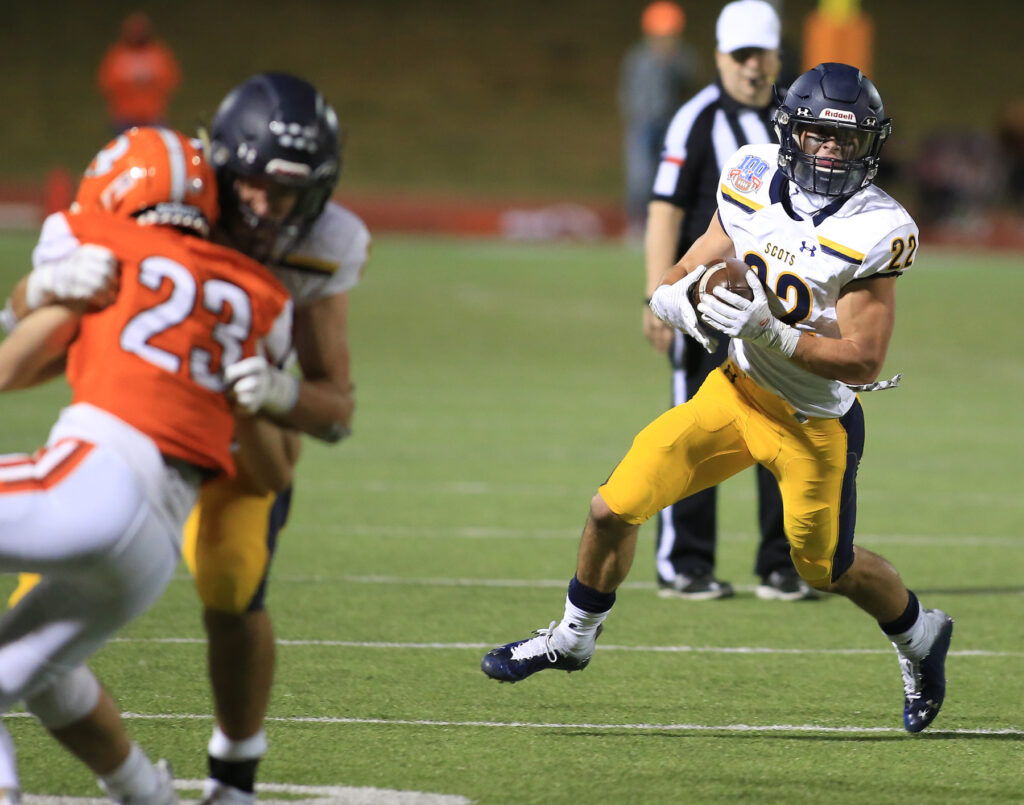 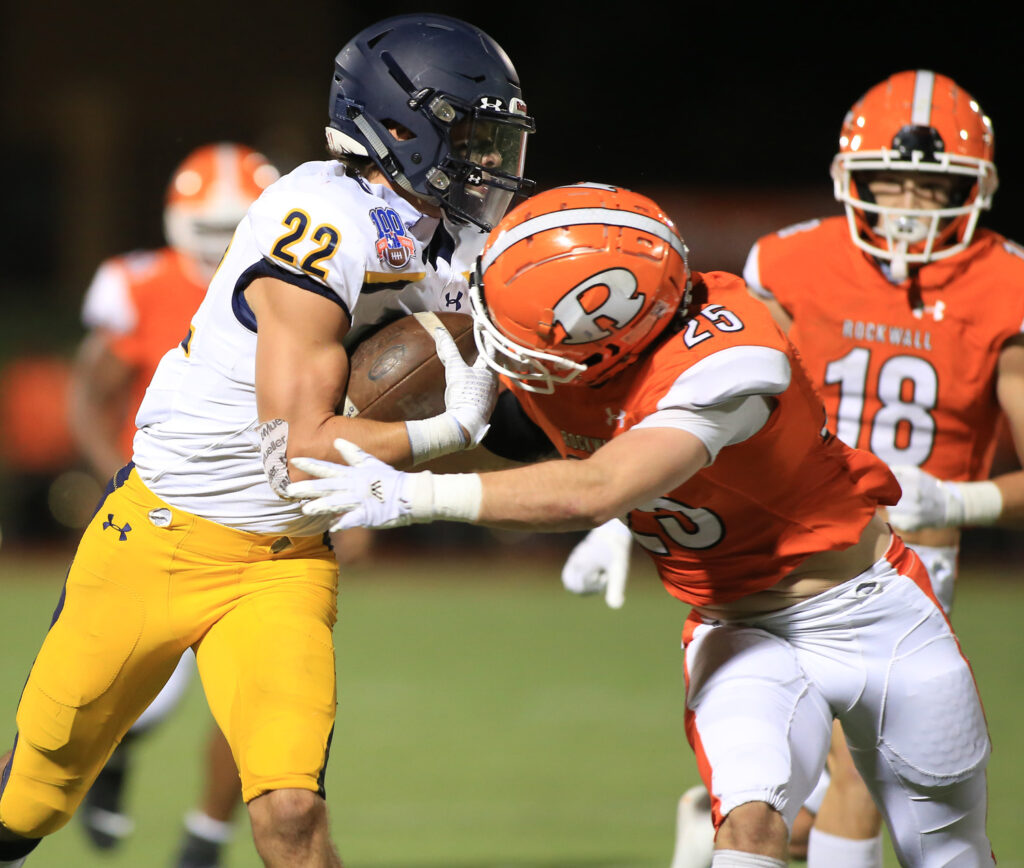 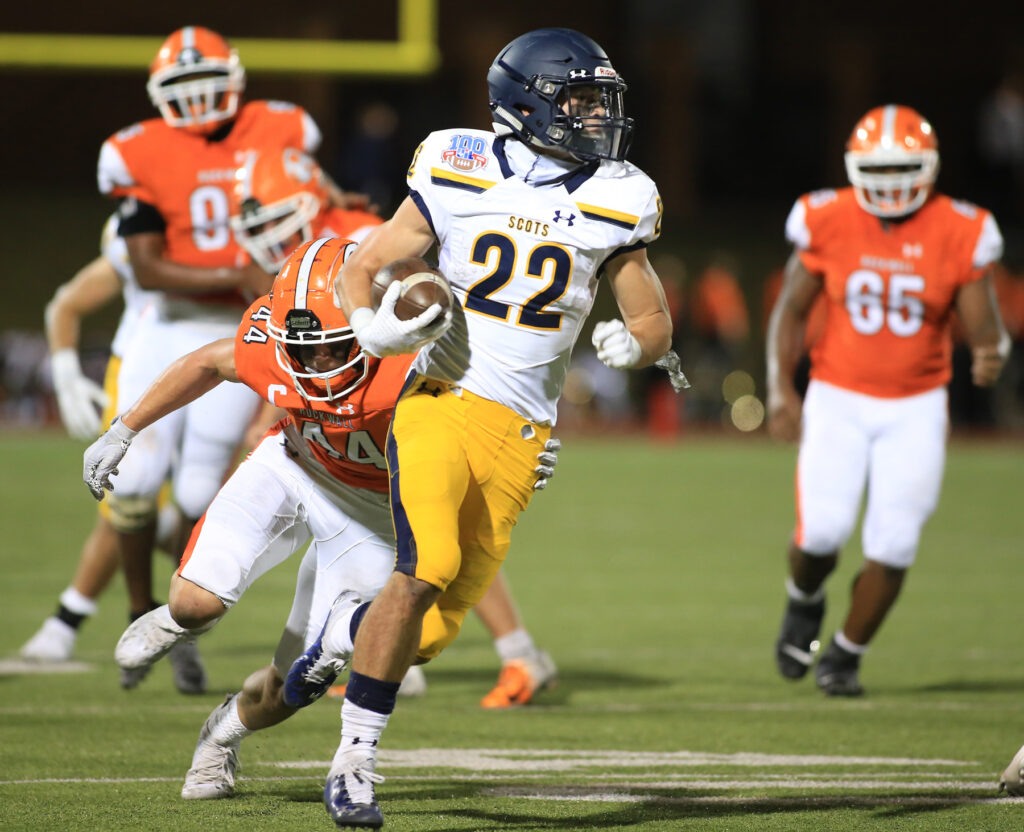 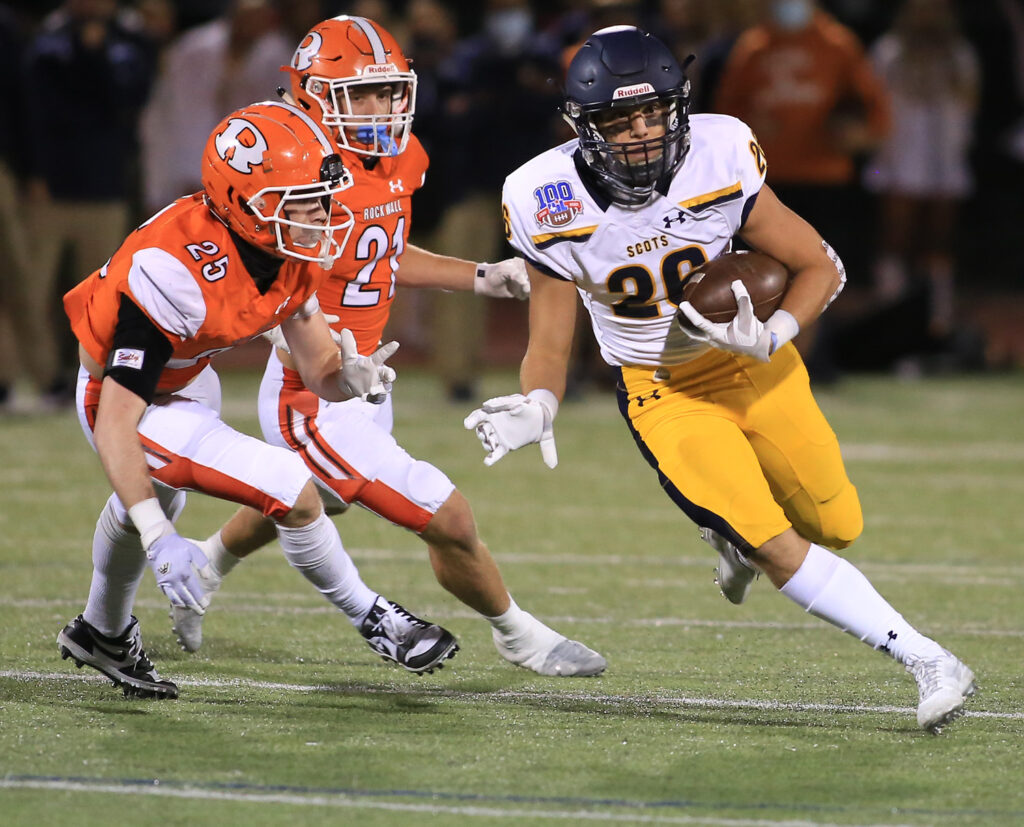 One thought on “Scots Get Defensive, Shut Down Rockwall”