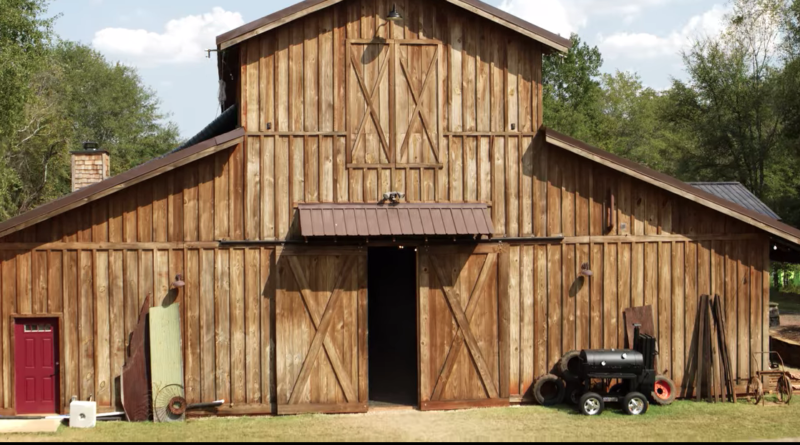 Competitive cooking shows give me anxiety. I don’t like the beat-the-clock race to finish the challenge or to see the crestfallen faces of contestants who are booted off the show when they lose a challenge.

Having said that, I found a new one to dislike on Netflix called The American Barbecue Showdown. The only things I like about this show are the beautiful barn where competition kitchens are set up, and the refrigerated meat shed, which is stocked with rows and rows of all cuts of beef, chicken, pork, and sausage. Competitors get to pull whatever they want out of the shed to use for the challenge ahead.

When I received my Tailgate Box filled with premium cuts of beef, pork, and chicken, I felt like a contestant on The American Barbecue Showdown – I’d never possessed so much protein in my life.

There are two options for the Dickey’s delivery boxes: 1) The Weeknight Box, which is packaged to feed a family of four for a week and includes jalapeño cheddar sausage, pork chops, jumbo boneless skinless breasts, St. Louis Ribs, and a pork tenderloin filet; and 2) The Tailgate Box that includes boneless ribeye steaks, filet mignon, St. Louis Ribs, jalapeño cheddar sausage, Dickey’s Original Smoked Kielbasa Sausage, and chicken wings. I chose the Tailgate Box because it contains all of the protein I would usually buy for two weeks and one lake weekend.

I always order sliced brisket at Dickey’s BBQ so I had no idea what to expect with their boneless ribeyes and filet mignons. We seasoned the ribeyes with a light coating of Montreal Seasoning from Central Market and cooked them over hickory for about 10 minutes. They were just as juicy and tender as the choice steaks I get at the butcher shop with just a little marbling to give it more flavor. I’ll admit I was pleasantly surprised. We cooked the filets a week later in a cast-iron skillet and doused them in a green peppercorn sauce which was on par with anything I’ve tasted at a steak house.

Nothing against them, but chicken wings are not in my dietary or culinary repertoire, so I have never prepared them. I don’t know how to fry anything besides bacon, so I decided to bake them in the oven. I tossed them in a mixture of salt and pepper and put them on a baking sheet until done then tossed them in Nikky Phinyawatana’s Sweet and Sour Sauce and popped them back in the oven for a few minutes and sprinkled them with her Drama Queen Thai Crispy Chili when they came out.  WHOA, you should try this and serve with steamed white rice.

Though in my family it’s sacrilegious to use anything other than andouille in red beans and rice, I used the Dickey’s Jalapeño Cheddar and Kielbasa sausages to my RB&R and it was fantastic.

The Tailgate Box comes with two massive racks of St. Louis style ribs, which my husband coated with his super-secret rub and smoked over hickory over a long lake weekend.  Though my sides aren’t quite as good as Dickey’s, I managed to make a decent coleslaw and baked beans to accompany the beans. The ribs were great, but I don’t think hubs is going to be on any barbecue showdown show anytime soon.

The price relative to quantity and quality is excellent.  The Tailgate Box costs around $200 and the Weeknight Box is only $100. You can also purchase strip steaks and prime roast a la carte or order a complete prime rib holiday meal that includes sides for $175.

For my family, I can see ordering a Chef’s Selection Box about six times a year.  With the holidays around the corner, I am really excited about using these Chef’s Selections boxes for corporate gifting. My husband often calls upon me to handle that task and this year will be much easier thanks to my experience with this meat delivery.

With their meat box, Dickey’s leadership is clearly thinking outside the box.  We’ve beaten this story to death, but restaurants are hurting right now and the ones more likely to survive are ones that can create an alternative revenue stream to replace lost in-person dining and catering orders. Dickey’s has created a smart way to help their guests enjoy premium meats without the hassle of grocery shopping.

Click here for more information on Dickey’s Chef’s Selections or to order,