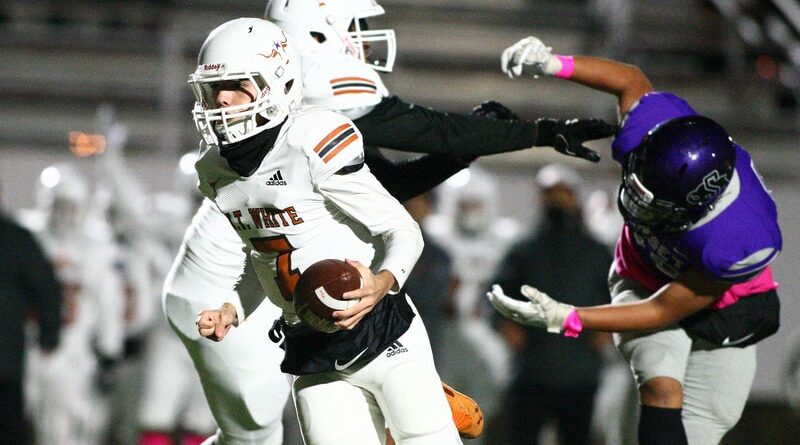 In need of a bounce-back win, W.T. White responded in a major way on Thursday, blanking Sunset 56-0 at Sprague Stadium.

The Longhorns (3-3, 3-1) posted their second shutout this season, and will carry momentum into a bye week while remaining in solid contention for a playoff spot in District 6-5A Div. I.

WTW scored almost at will against the overmatched Bison (1-3, 0-3), including a 62-yard touchdown pass from Jason Salinas to Dejon Baker on the team’s first offensive snap.

That same duo connected for another score on the next drive, followed by a Salinas touchdown run that gave the Longhorns an early 20-0 cushion.

The Longhorns will return to action on Nov. 13 against Samuell at Loos Stadium. 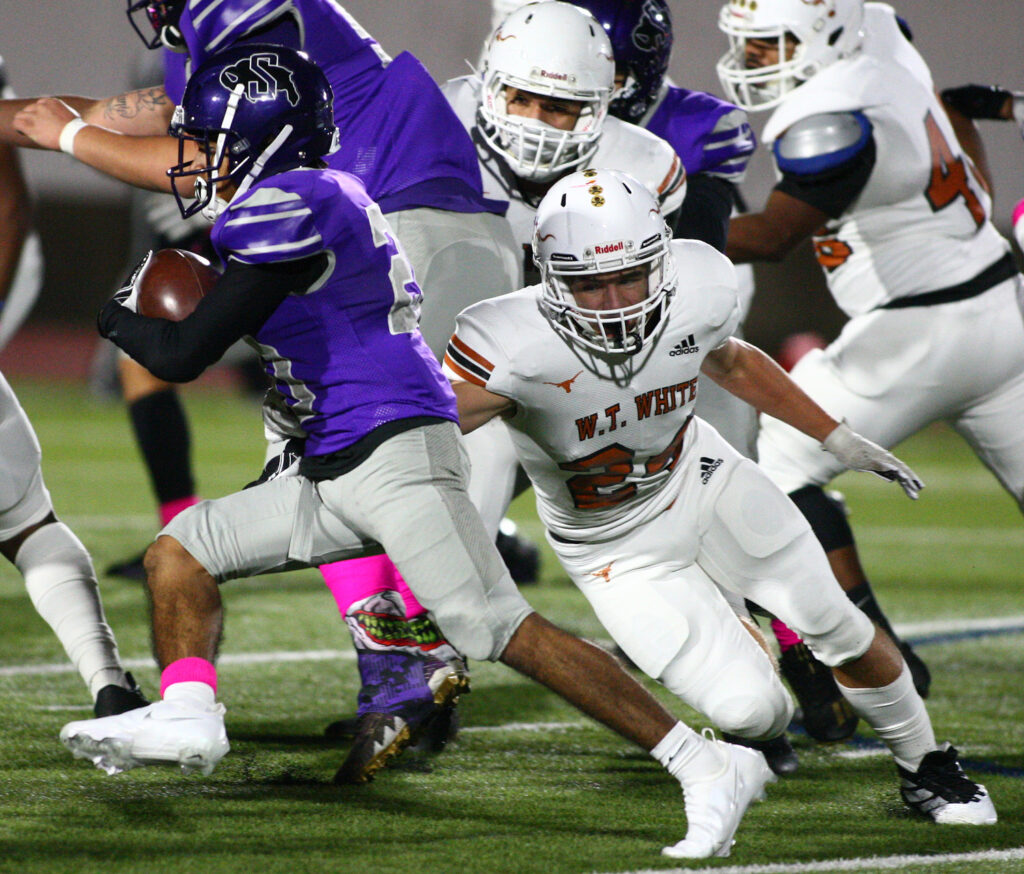 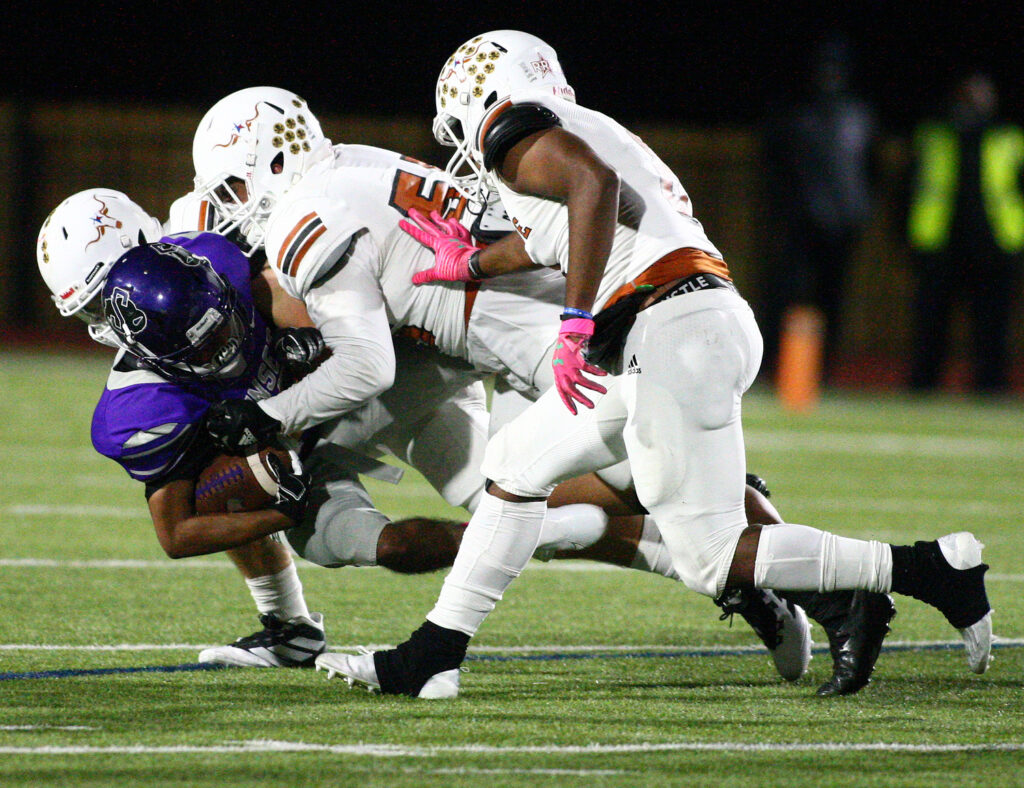 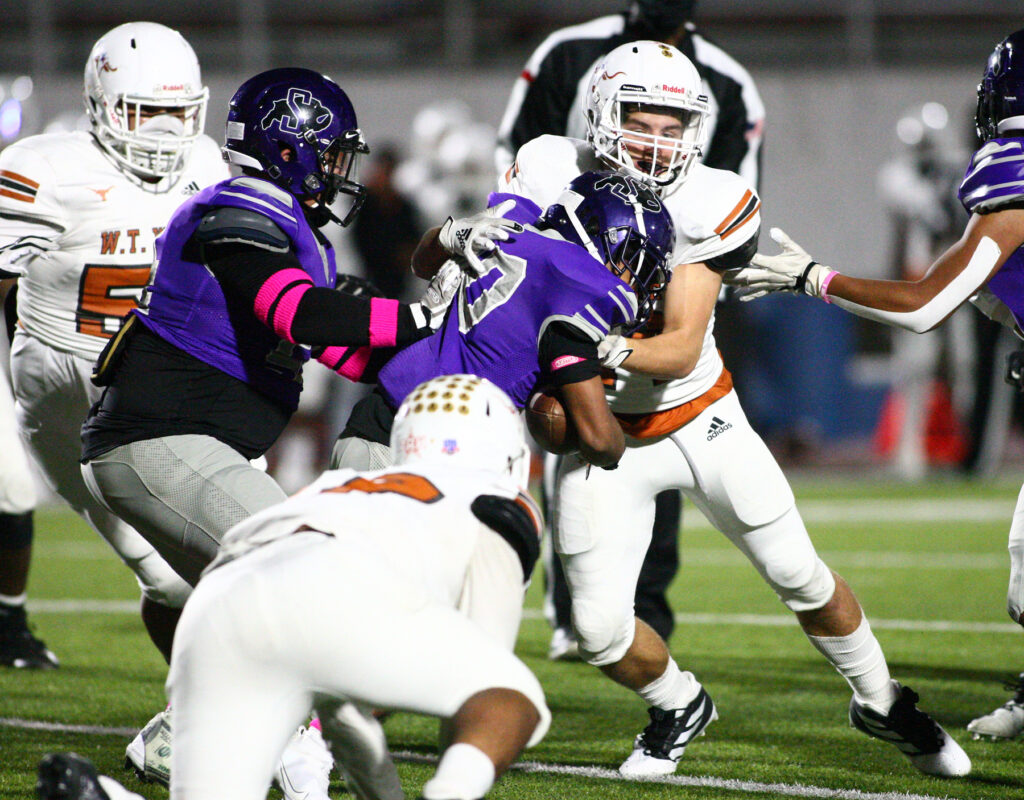 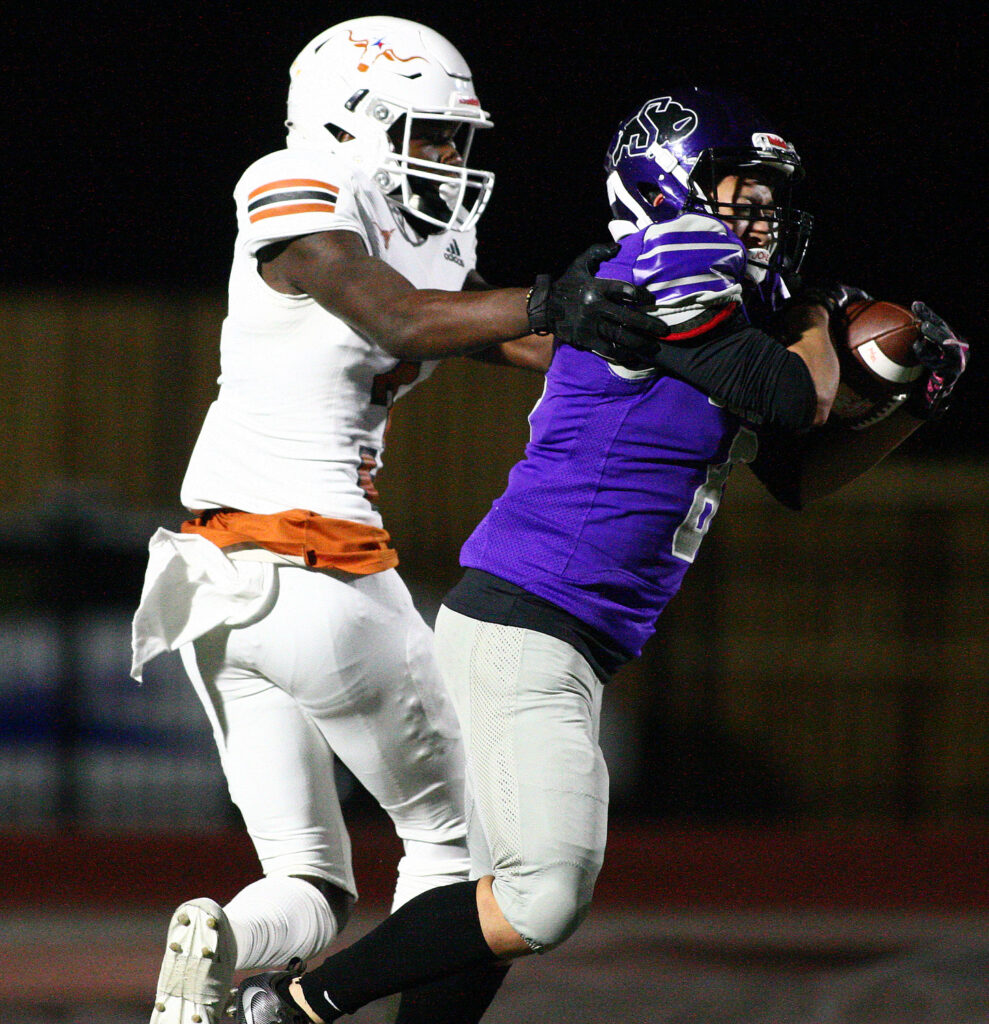 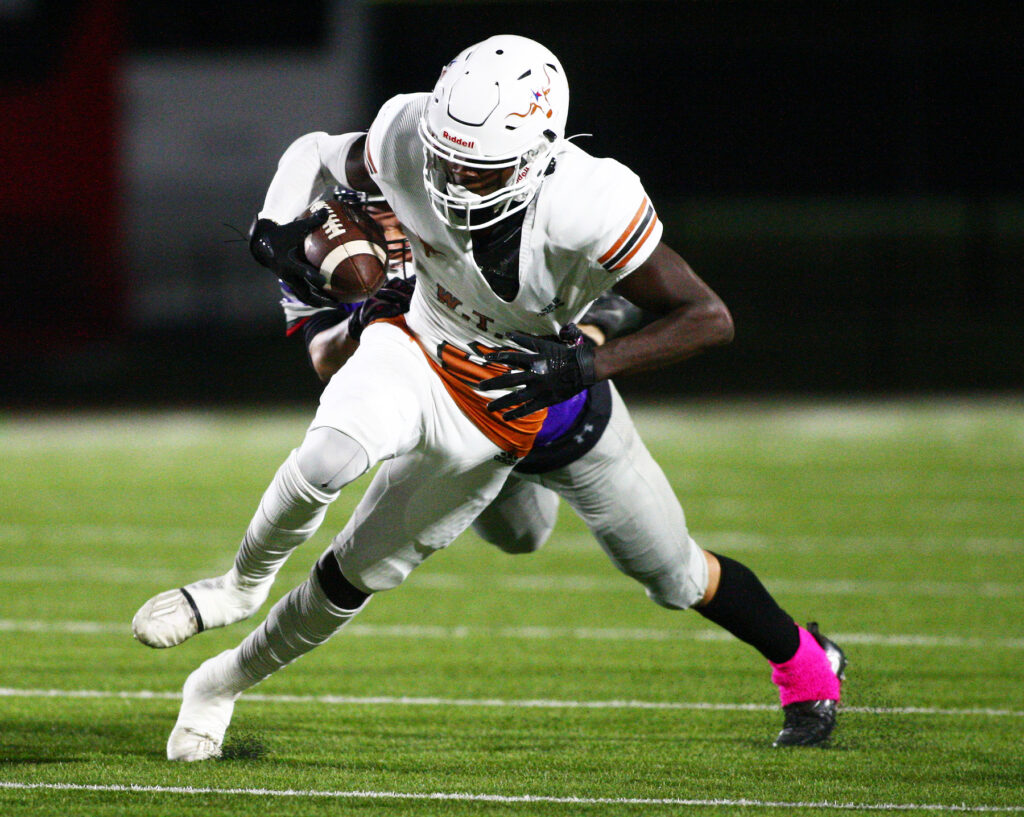 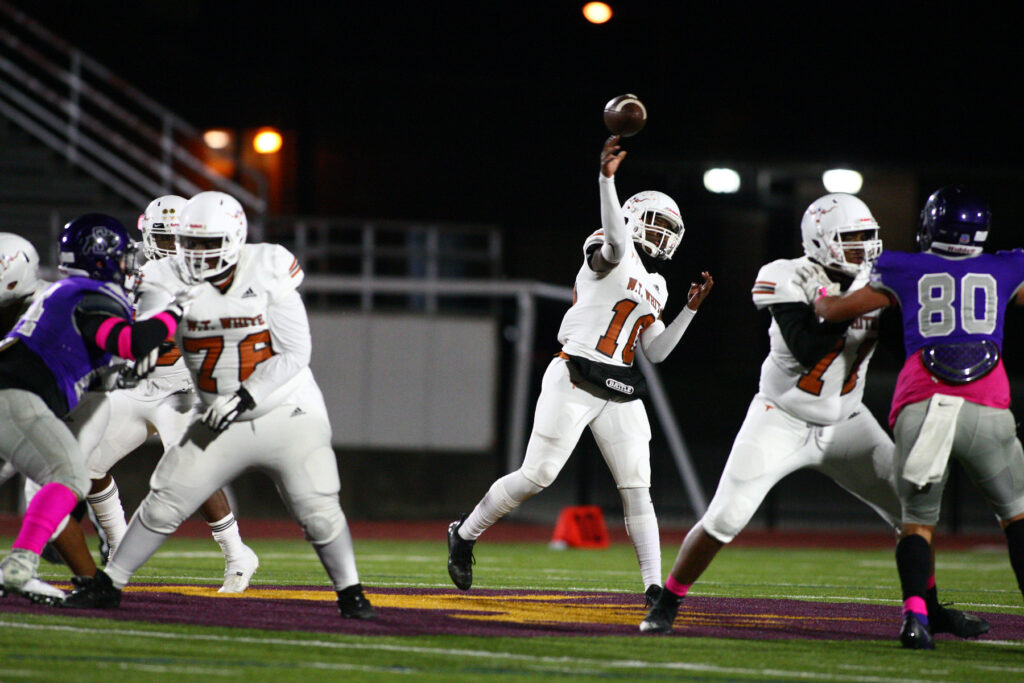 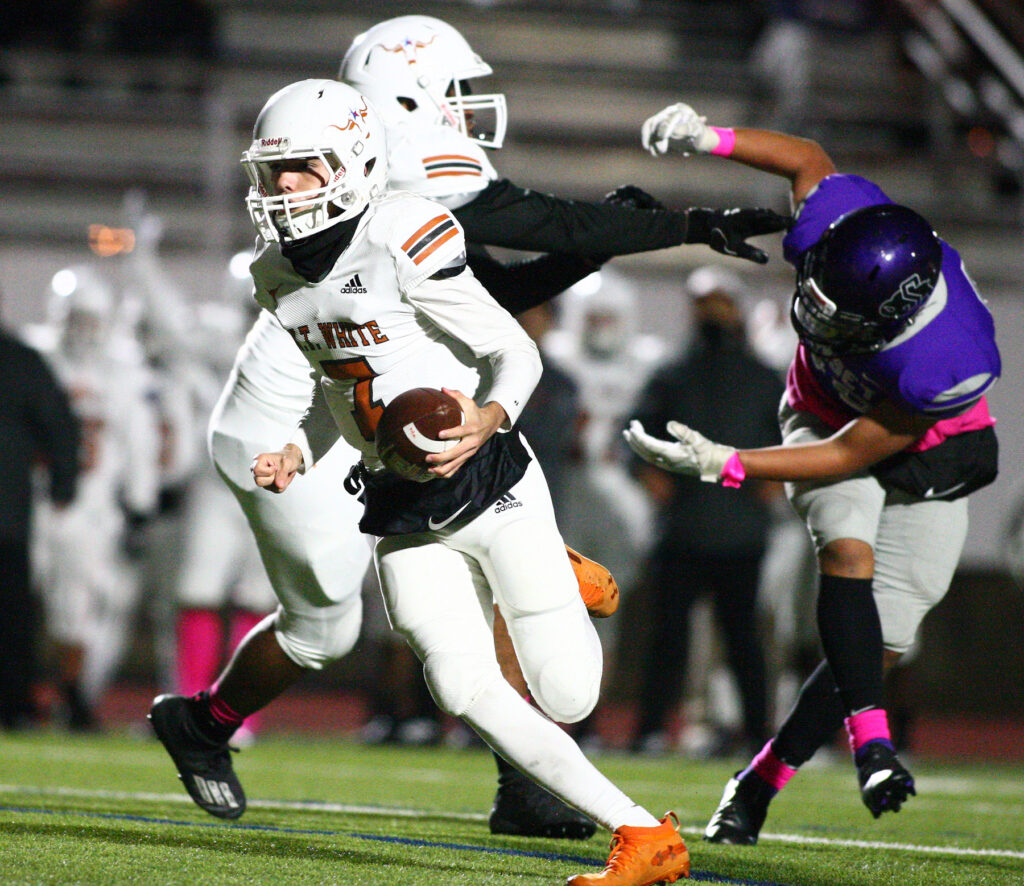 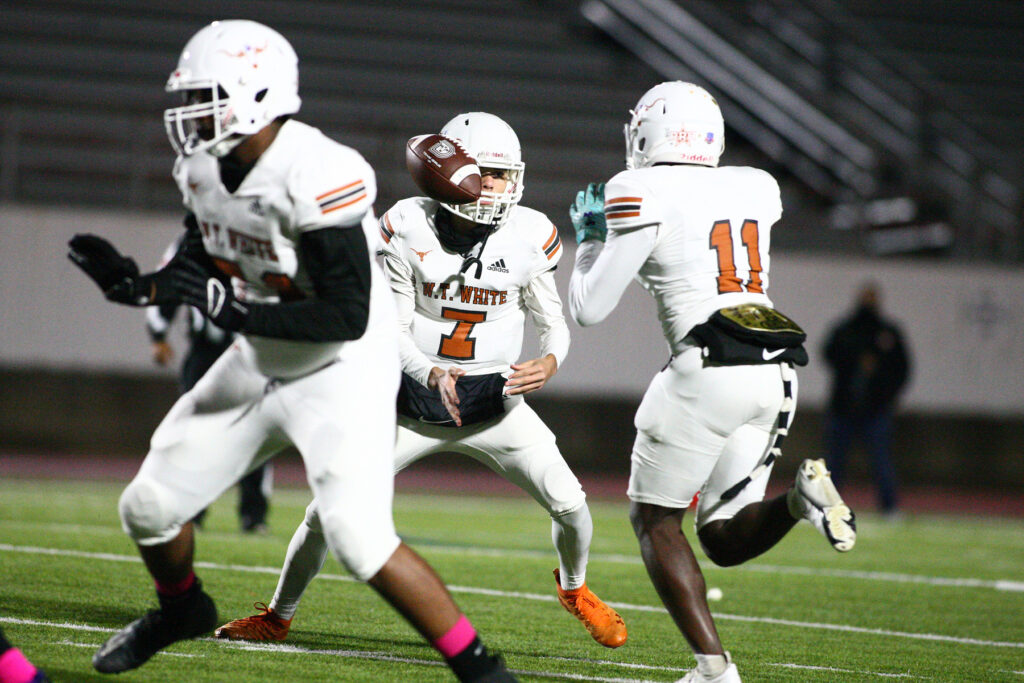 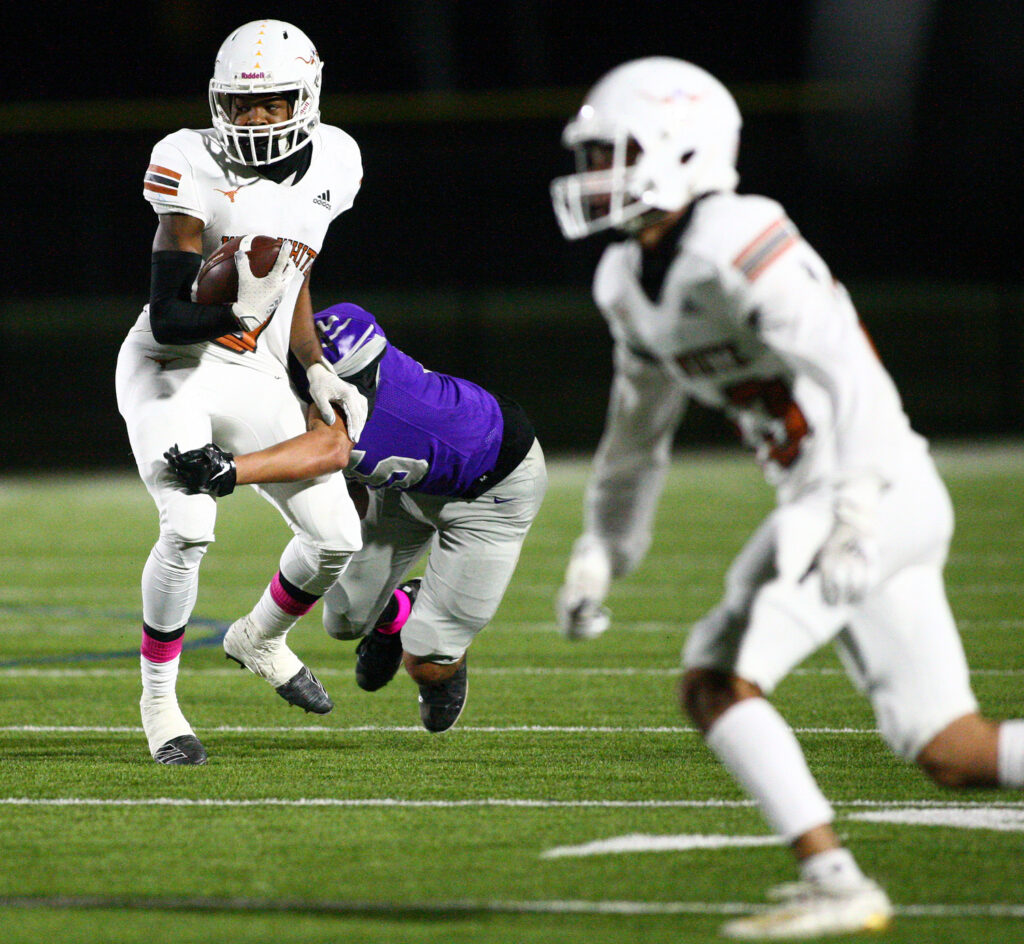 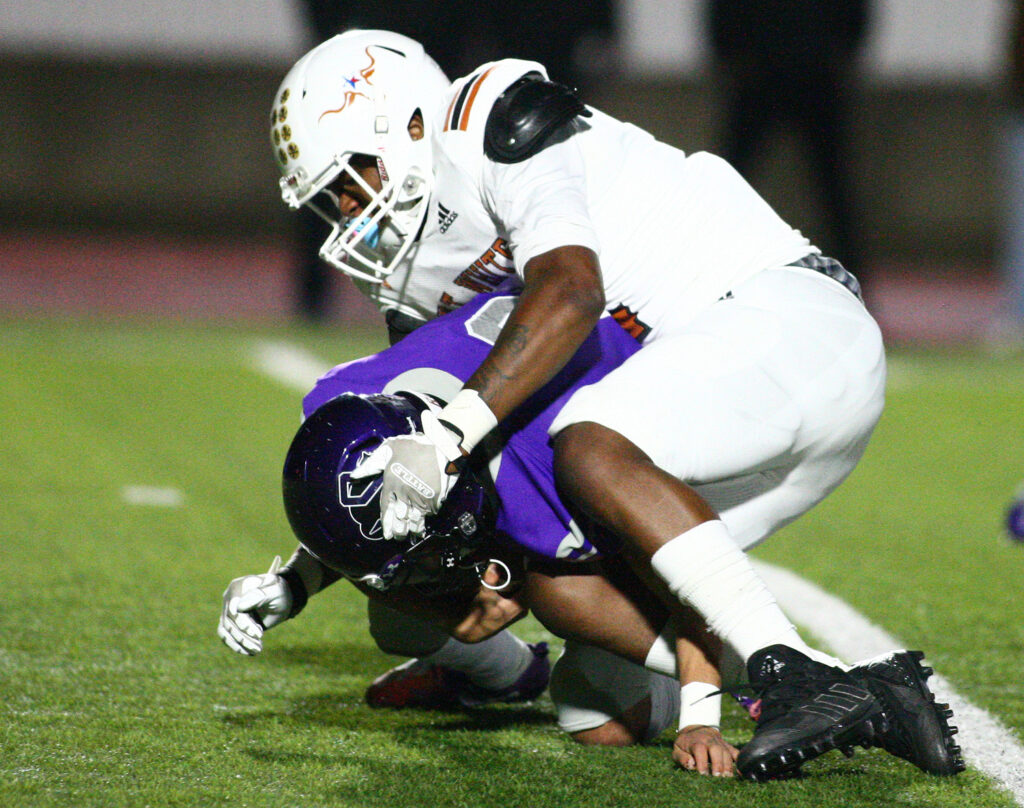 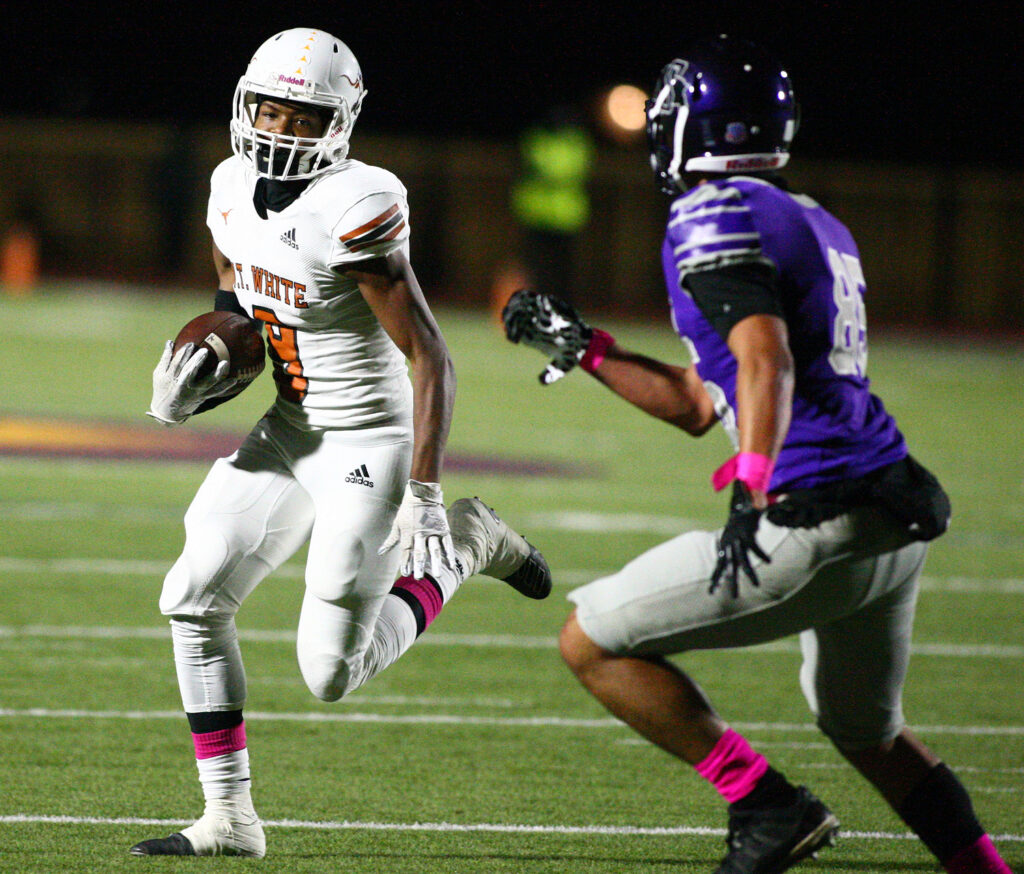 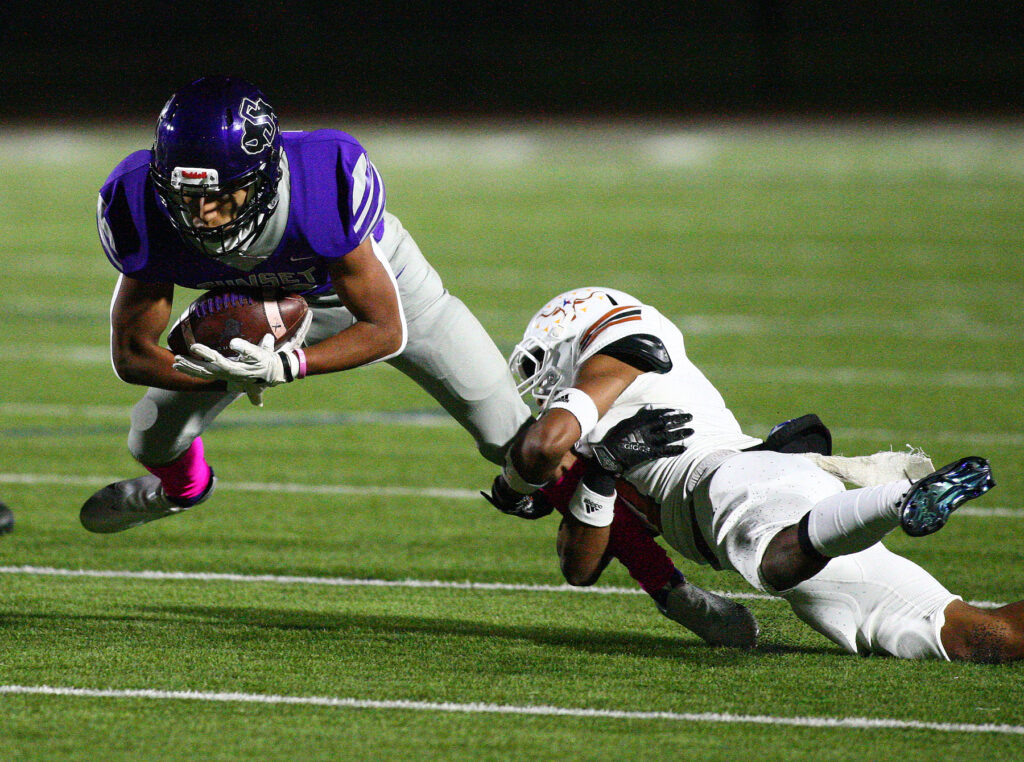 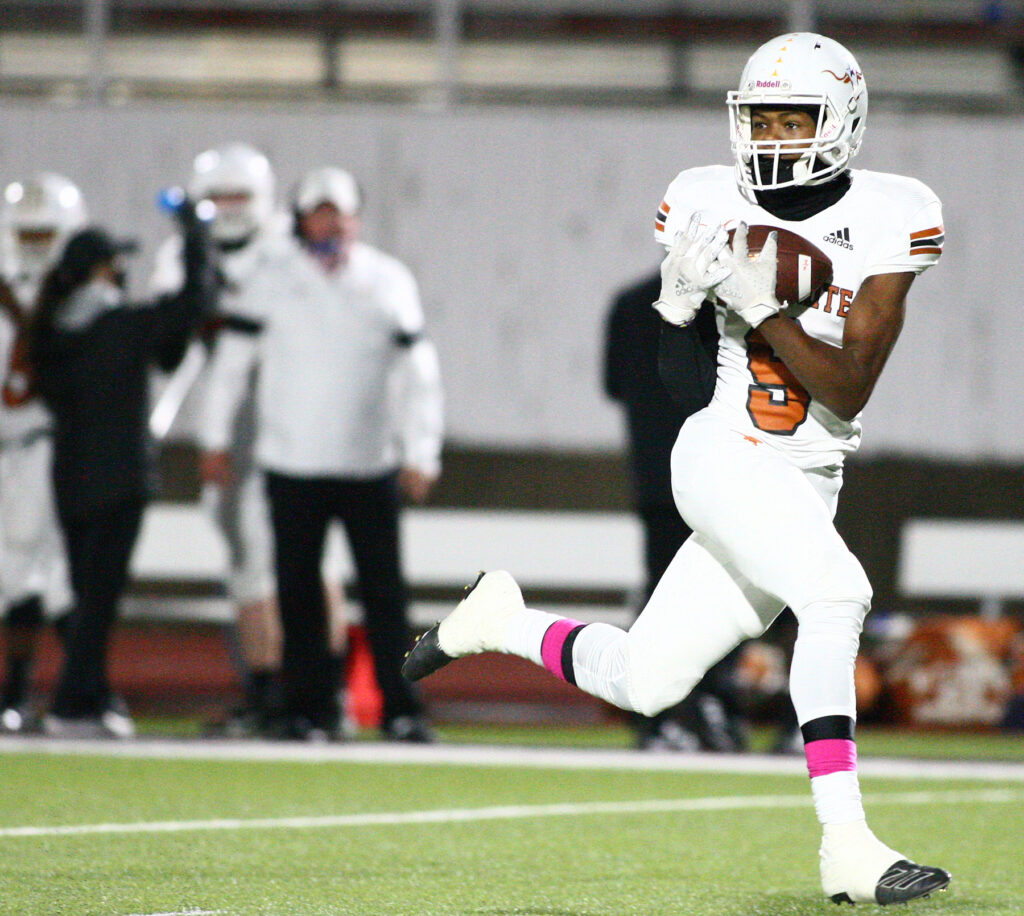 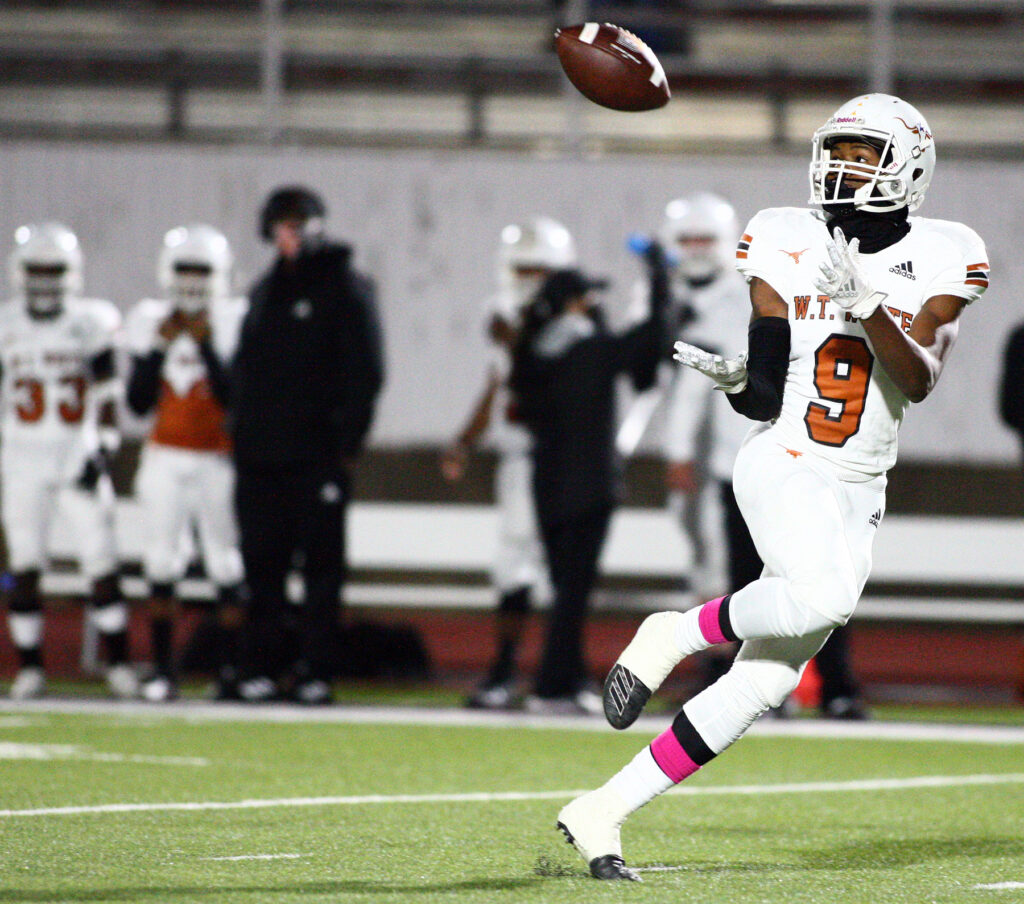