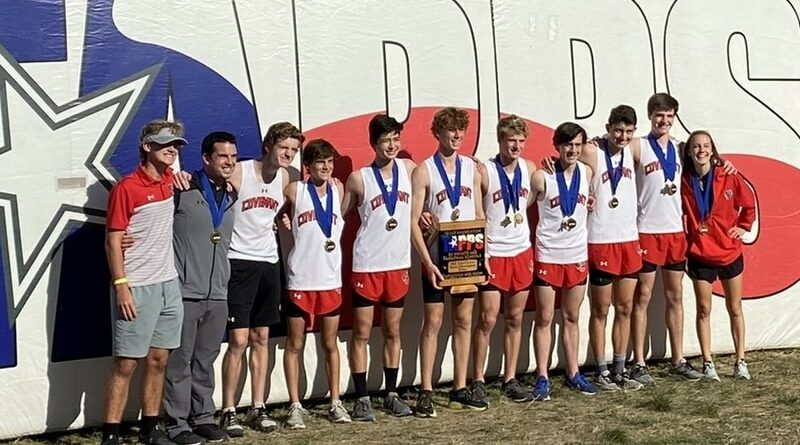 The Covenant cross country juggernaut kept rolling at the TAPPS state meet on Monday in Lorena, where the Knights won their fifth consecutive boys team title.

Covenant moved up from 3A to Class 4A this season, but still dominated with five of the top 11 runners in the field. William Peters, a junior, defended his individual title by completing the 5-kilometer course in 16 minutes, 12 seconds.

Other top finishers for the Knights included Logan Rice in sixth place, Isaac Wright in seventh, Edward Graham in 10th, and Jonathan Kern in 11th. Perhaps more impressively, none of them are seniors.

Also at the state meet, Ursuline’s bid for a record 16th TAPPS team title fell just short when the Bears placed third in the team standings in Class 6A.

Seeking their first championship since 2017, the Bears lost a tight three-way battle atop the leaderboard with San Antonio Antonian and runner-up Tomball Concordia.

Ursuline senior Devon Vopni ran second individually, traversing the two-mile layout in 12:04 — narrowly behind champion Alyssa Menendez of Antonian. However, Vopni was her team’s only runner to finish in the top 10.

In the Class 1A girls race, Cambridge senior Elizabeth Thompson was third in a time of 13:20.