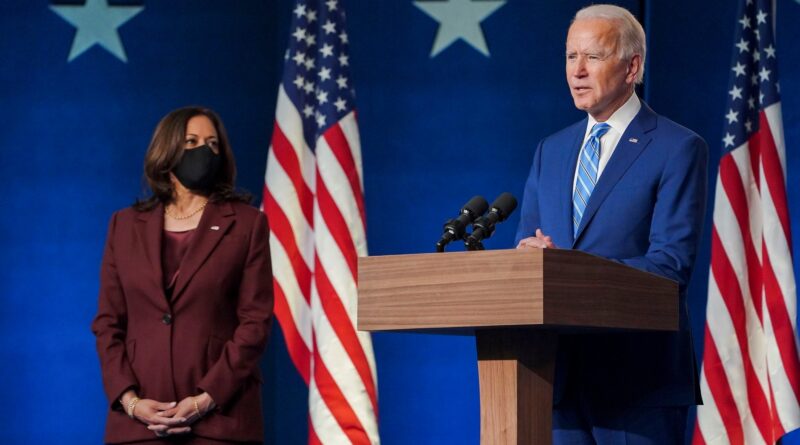 Kamala Harris will be the first female vice president

Biden has roughly 284 electoral college votes, and some predict he could be on his way to as much as 306 by the time all military, mail-in, and cured provisional ballots are counted.

“I am honored and humbled by the trust the American people have placed in me and in Vice President-elect Harris,” said Biden in a statement. “In the face of unprecedented obstacles, a record number of Americans voted. Proving once again, that democracy beats deep in the heart of America.

“With the campaign over, it’s time to put the anger and the harsh rhetoric behind us and come together as a nation. It’s time for America to unite. And to heal. We are the United States of America. And there’s nothing we can’t do, if we do it together.”

Texas voters who cast a provisional ballot on Tuesday have until 5 p.m. Monday to “cure” their ballot by bringing an acceptable form of ID to their county voter registrar’s office.

U.S. Rep. Colin Allred, who won his own re-election campaign on Tuesday, released a statement shortly after all major media outlets called the election for Biden.

Congressman Colin Allred today released the following statement after leading media organizations projected that Joe Biden will become the next President of the United States:

“The American people have spoken and it is clear they have chosen Joe Biden as their President and Kamala Harris as their Vice President,” he said. “We will now have a leader who will listen to science to guide us through this crisis. A leader who will unite us as a country and work hard to heal our divisions by building consensus to solve the big problems we face.

“I am looking forward to working with this new Administration on behalf of North Texans.”

In Texas, President Donald Trump took the lead after Biden posted an early lead thanks to early voting, and has maintained about a 52% lead since early Wednesday morning. He did not carry Dallas County, however, where Biden won with 65% of the vote.