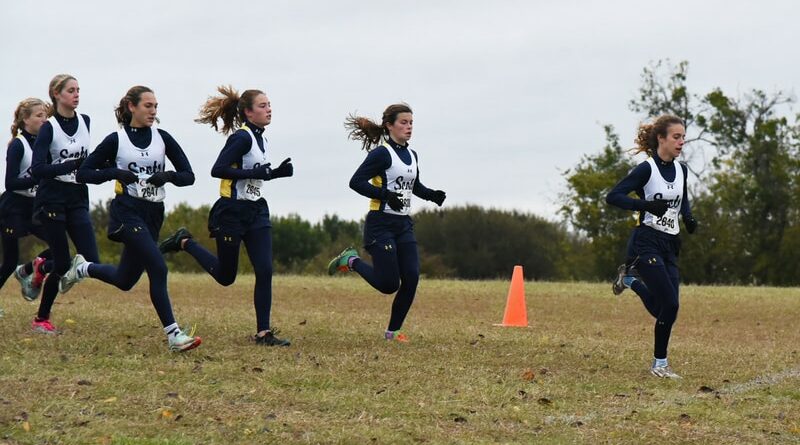 In a year of upheaval and uncertainty, at least one tradition remains firmly in place — the Highland Park girls cross country team is heading to state.

The Lady Scots will be represented at the state meet for the 46th consecutive year after placing second in the team standings at the Class 5A Region II meet on Monday at the Jesse Owens Athletic Complex.

The state meet is slated for Nov. 23 at Old Settlers Park in Round Rock, with the 5A girls race starting at 2:30 p.m.

Fawcett, who finished eighth at the state meet a year ago, ran about 38 seconds faster than defending state champion Colleen Stegmann of Frisco Reedy, who came in third.

Fawcett “just embraced her role as a captain,” said HP head coach Susan Bailey. “They ran great as a team. They had each other’s backs, and that’s what it takes.”

The Lady Scots, who ran with a shorthanded roster because of injuries, placed behind Lovejoy as a team after defeated the Lady Leopards for the top spot last year. HP also edged Lovejoy at a meet earlier this season in McKinney.

Bailey praised the way her team, led by Fawcett and senior Izzy Blaylock, adapted its training regimen during the offseason despite having to cut back on the usual group workouts.

“We’ve had strong leadership from the seniors. We couldn’t have done it without them,” Bailey said. “With the COVID situation, we had to change a lot.”

In the boys race, senior Ethan Moss paced a strong effort by the Scots in 20th place, with a time of 17:03. Moss narrowly missed the final individual state qualifying position. HP was eighth in the team standings.