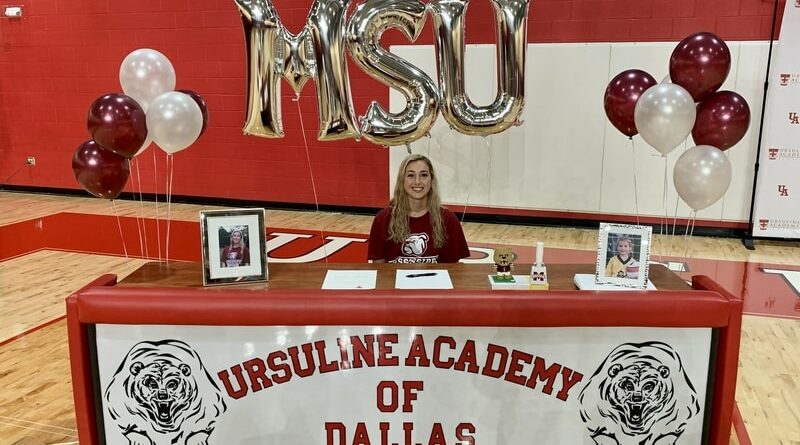 Mississippi State added another former Ursuline standout to its women’s soccer program on Wednesday, when Juliet Moore signed with the Bulldogs.

The senior will join a roster that includes Alyssa D’Aloise, a former Bears midfielder who transferred to Mississippi State from Texas Tech prior to this season.

Moore helped the Bears win a TAPPS state title in 2018 and also earned a pair of national championships as part of the Sting Soccer Club select team. She plans to study nursing in college.

“She is an exciting player who loves to make things happen on the attack,” said Mississippi State head coach James Armstrong. “She is equally comfortable at playing central or wide.”

The Bulldogs finished third in the Western division of the Southeastern Conference standings this fall with a 2-3-3 record.

Moore was recognized during a National Signing Day ceremony at the school alongside golfer Aidan McLachlan, who signed with Loyola University in New Orleans.

McLachlan also was part of a state championship team at Ursuline and has played in junior tournaments around the country.

Her time with the Bears “has truly impacted me and taught me about friendship, work ethic, and community,” said McLachlan, who plans to study international business. “I love my teammates and would not trade our memories for anything.”