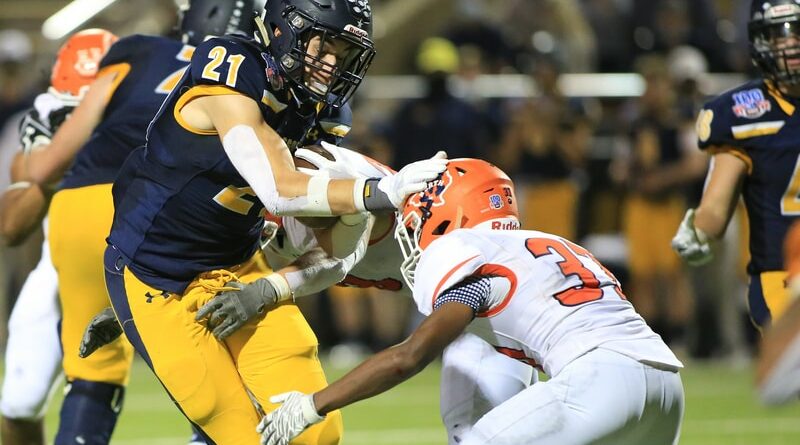 Highland Park and McKinney North played the usual four quarters on Friday, but realistically, the game was decided after one.

The Scots steamrolled to an early 35-point advantage en route to a 56-14 victory over McKinney North at Highlander Stadium. The win gives unbeaten HP sole possession of first place in District 7-5A Div. I.

Brayden Schager threw for 206 yards and four touchdowns in the first quarter alone, giving the Scots a 35-0 lead after just 11 minutes.

In other words, HP continued its momentum on both offense and defense after a hard-fought win over state-ranked Longview a week ago. 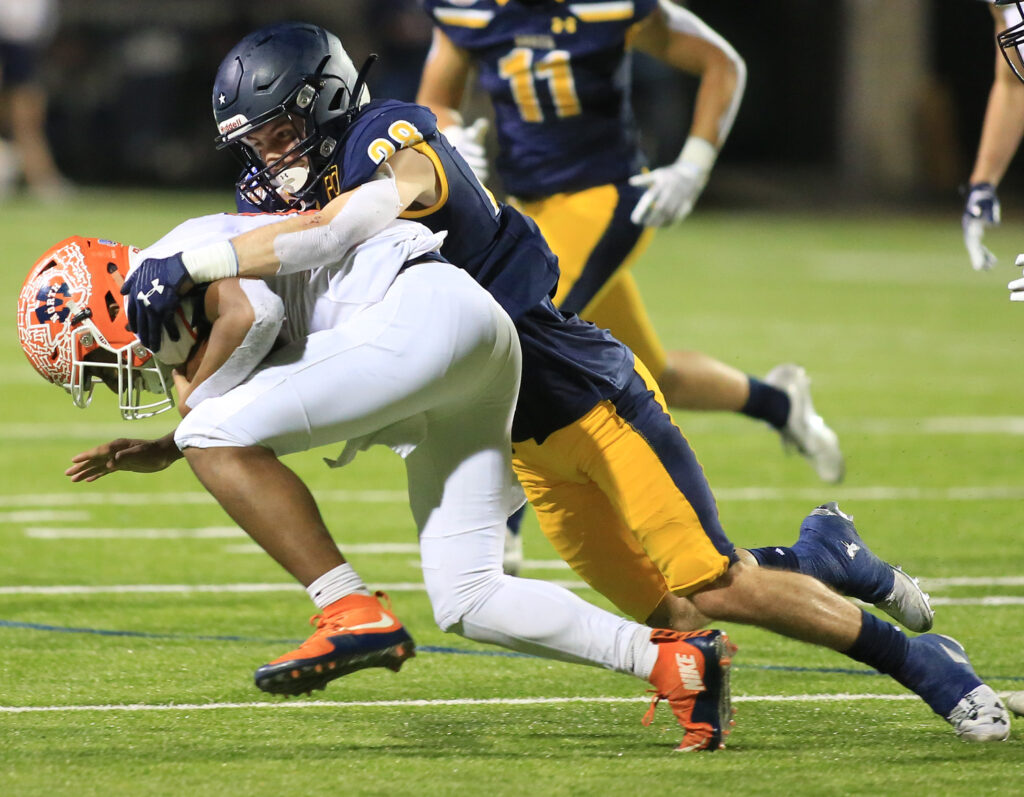 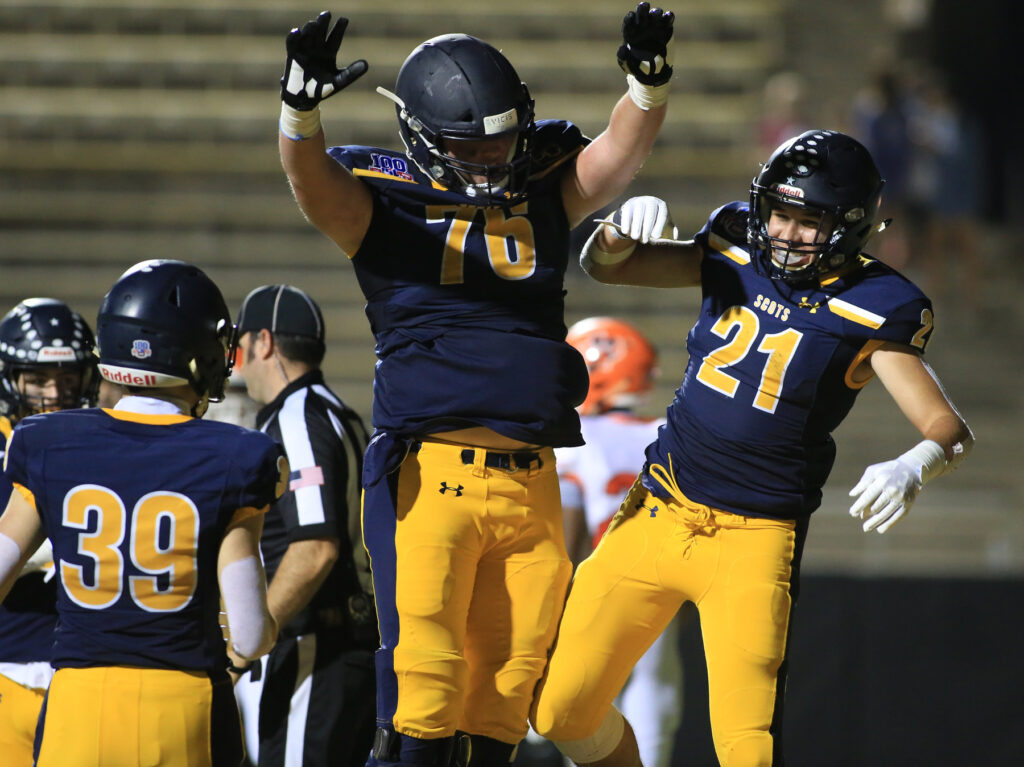 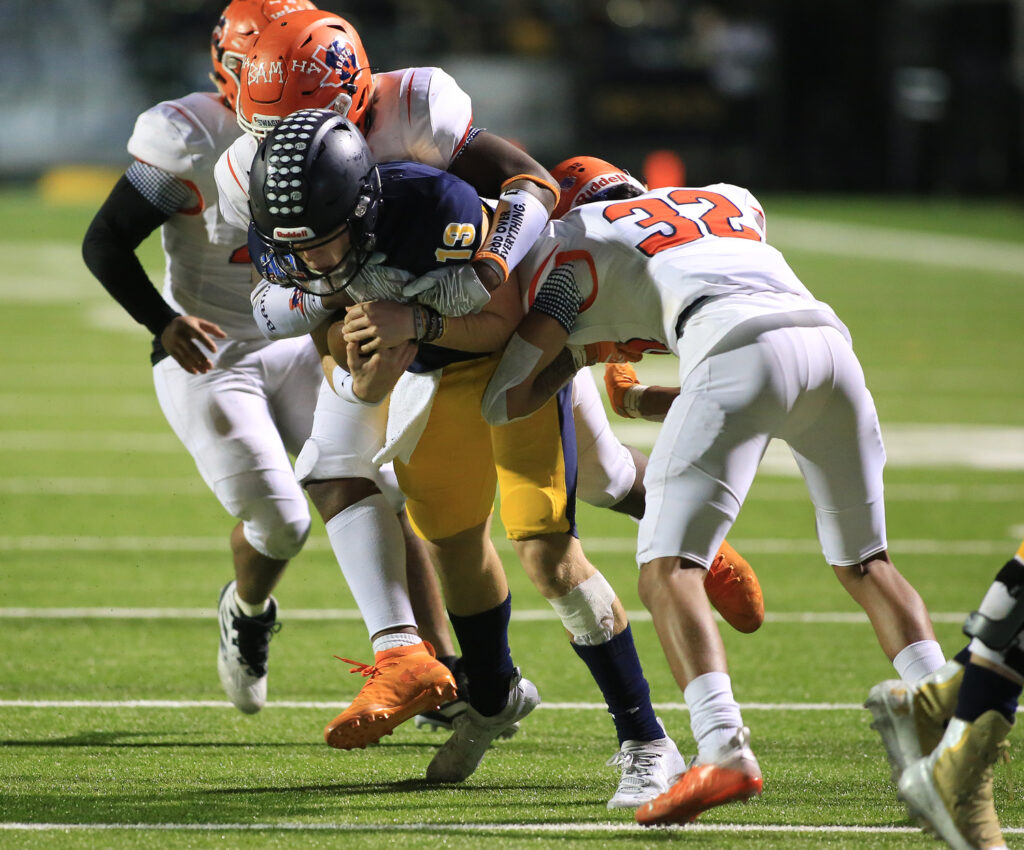 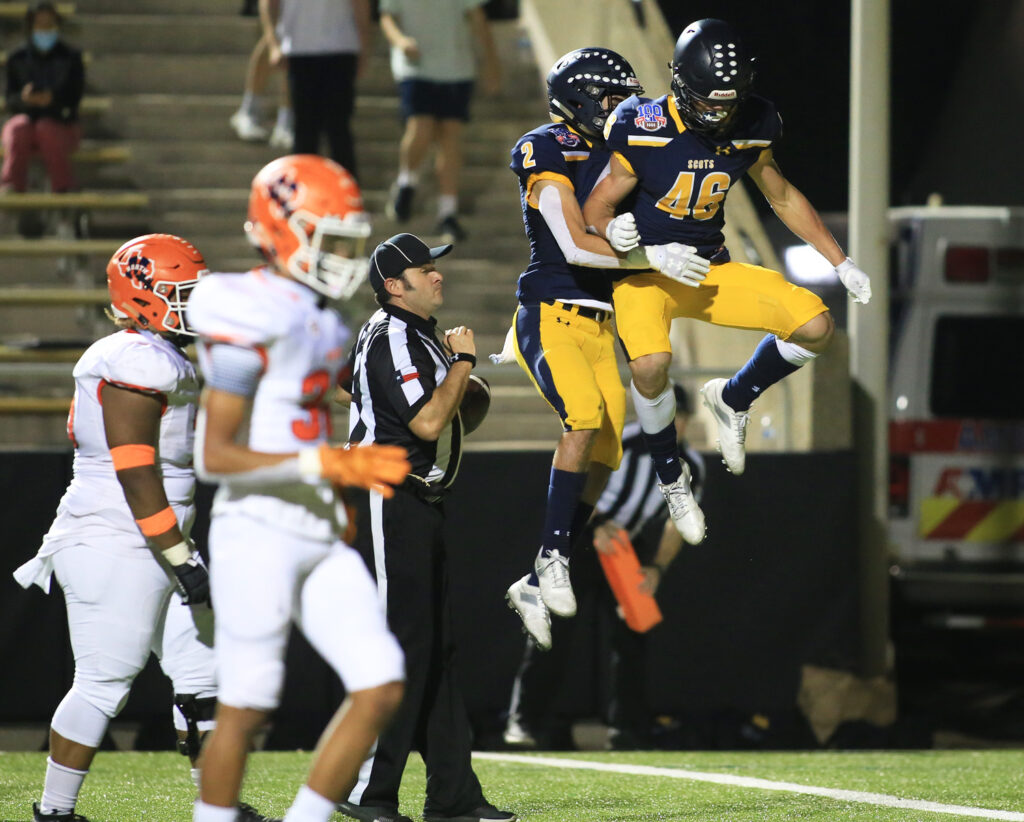 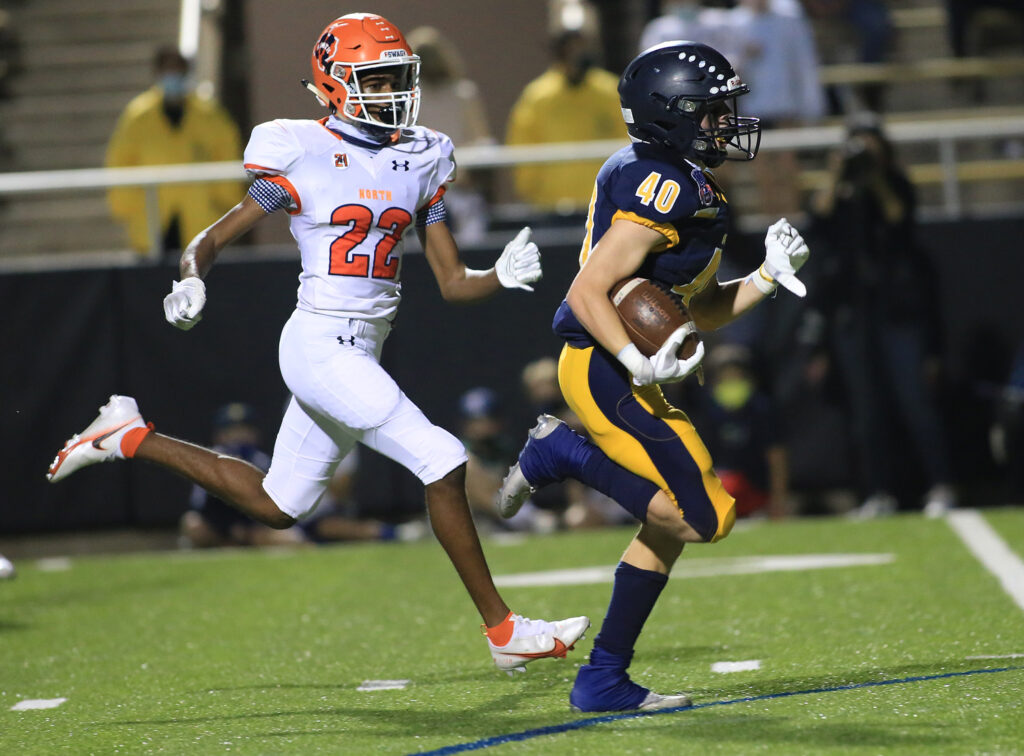 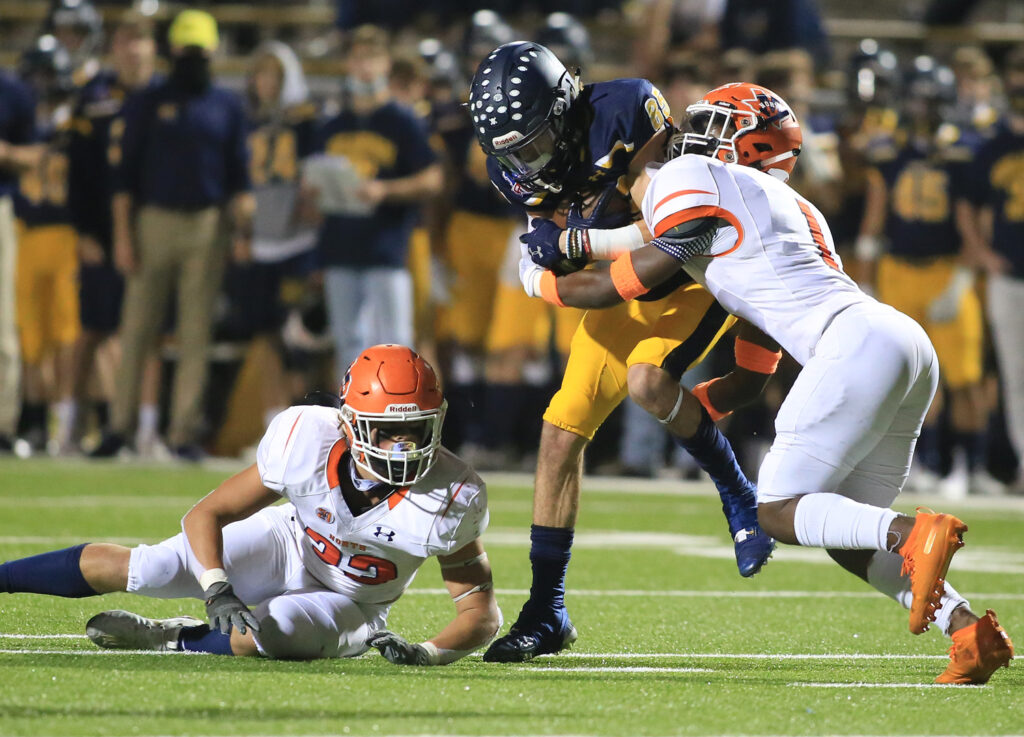 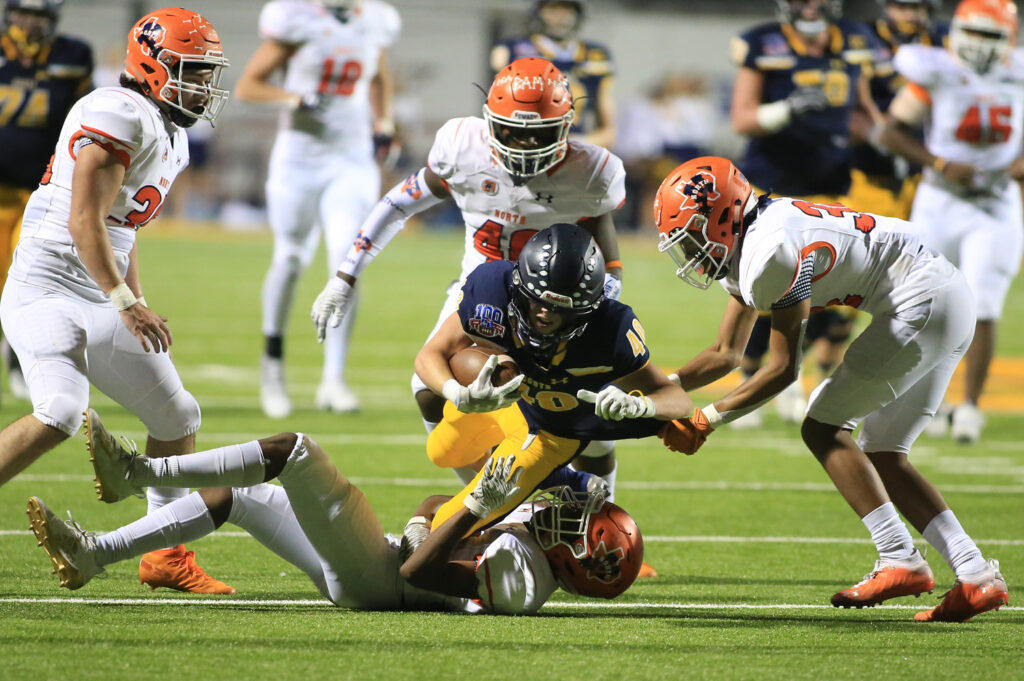 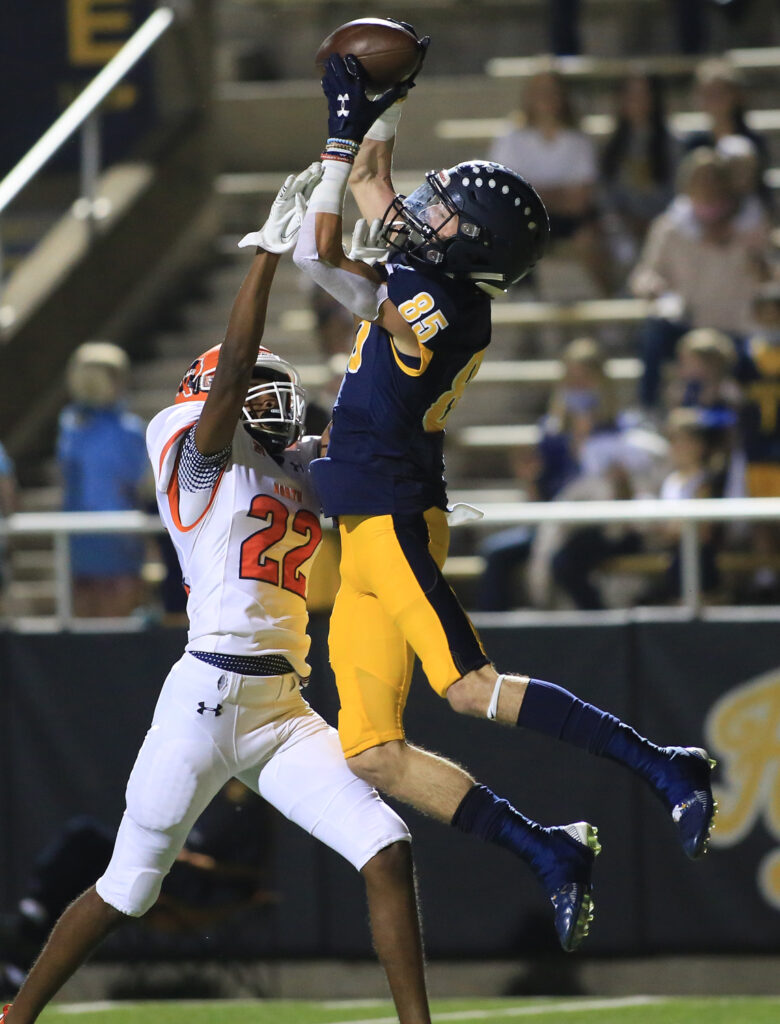 “I thought we’d have a little hangover from last week, but we executed well and got some good play on both sides of the ball,” said HP head coach Randy Allen. “The quick scores took a little air out of their tires.”

During the first-quarter onslaught, the Scots (5-0, 3-0) made big plays on special teams, while the defense stifled McKinney North’s up-tempo attack. Schager and his receivers took care of the rest.

The senior quarterback found John Rutledge for a 33-yard score on the opening possession. Then HP’s Christopher Zogg recovered an onside kick near midfield.

The Scots capitalized on the favorable field position with a short drive that included two key completions to Grayson Schrank followed by a touchdown strike to Jackson Heis.

After the Bulldogs again went three-and-out, Adam Rourke blocked a punt. Just two plays later, Anthony Ghobriel scampered into the end zone for the first of his two touchdowns.

Schager connected with Schrank for a 62-yard score on HP’s next offensive snap. Later in the quarter, he hooked up with Luke Herring on a 30-yarder. Of the four touchdown passes, three went to sophomore receivers.

“We threw the ball very effectively in the first half,” Allen said. “We try to show something different each week, so we went to an empty set with five wide receivers. We were able to move the ball and score some points. If it works, you stay with it.”

McKinney North didn’t score until J.J. Henry’s kickoff return to begin the second half. Taylor Offord, a freshman, added 78 rushing yards and a touchdown in the fourth quarter.

The Scots effectively shut down the McKinney North passing game, which averaged less than 4 yards per attempt. HP’s Walker Cobb intercepted a pass early in the fourth quarter to stop a scoring threat.

Ghobriel finished with a game-high 96 rushing yards for the Scots. Christian Reeves tallied 95 yards on 13 attempts. Schager and Jack Jackson each added scoring runs in the second half.

Now firmly in the driver’s seat for the district’s top playoff seed with three games remaining, the Scots will travel to face Tyler next week.