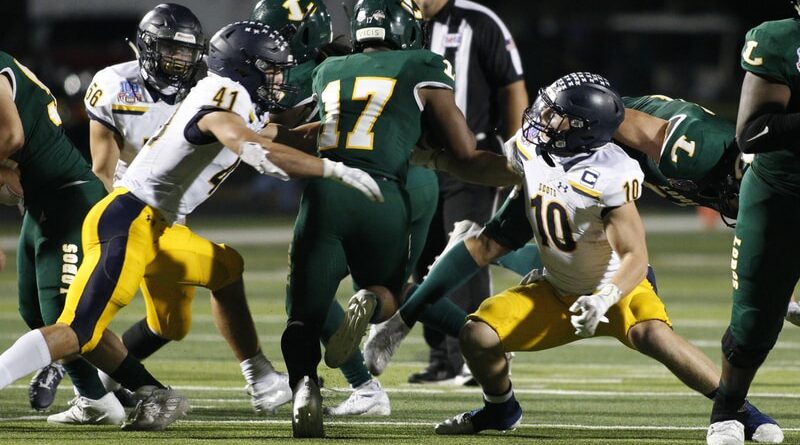 After an emotional, hard-fought road win over perennial power Longview, Highland Park didn’t have much time to celebrate.

The unbeaten Scots quickly needed to refocus and return to the grind to prepare for another critical District 7-5A Div. I matchup against McKinney North on Friday at Highlander Stadium.

A win over the upstart Bulldogs would give HP sole possession of first place in the standings, and put the Scots (4-0, 2-0) in the driver’s seat for a district title as they begin the second half of this abbreviated regular season.

The game also provides another opportunity for the HP defense to flex its muscles against a potent McKinney North offense that has averaged more than 40 points per game in league play, including a season-high 52 last week in a win over Wylie East.

The Scots should be up for the challenge, judging from their ability to stifle both Rockwall and Longview — to the tune of a combined 31 points and just three touchdowns — already this season.

Despite being limited to a season-low 18 points against the Lobos, the HP offense has been both efficient and consistent this season. Brayden Schager passed for 327 yards and two touchdowns last week, while Will Pettijohn caught seven throws for 186 yards and a score.

Schager, who is verbally committed to Hawaii, already has more than 1,200 yards through four games and has distributed his throws to several different targets. He’s also rushed for a handful of scores.

The Bulldogs (3-3, 3-0) are perfect thus far in 7-5A play after a winless nondistrict slate. Dual-threat quarterback Gavin Constantine leads the McKinney North offense, along with big-play receiver J.J. Henry and freshman Taylor Offord.