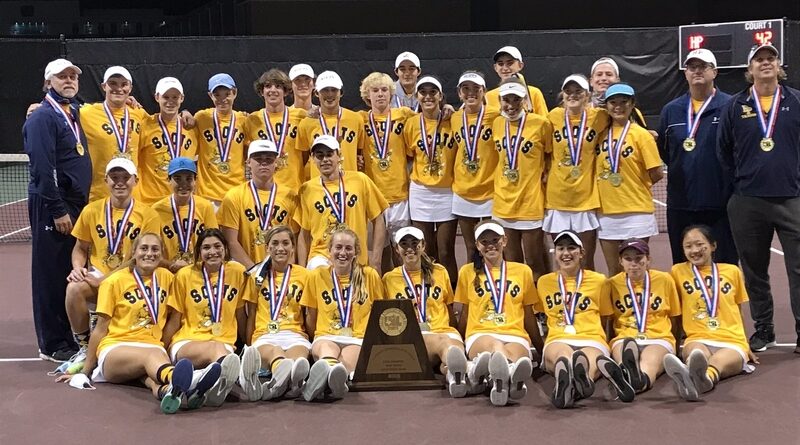 The Scots held off San Antonio Alamo Heights 10-3 in a rematch of last year’s championship match in College Station, enabling HP to extend its state-record total to 21 fall titles in program history.

The HP girls were especially dominant, winning all of their singles and doubles matches to set the tone — including a hard-fought three-set victory at the No. 1 singles and No. 1 doubles positions in the draw.

Among the Scots earning both singles and doubles wins were Cambelle Henderson, Eden Rogozinski, Hayden Bethea, and Mia Rogozinski. Christiane Mandes added a singles win, while Isabella McElfresh and Isabella Rosas each came up big in doubles.

On the boys side, HP bounced back after dropping two of three doubles matches with a 2-1 record in singles behind straight-set triumphs from Skyler Carter and Carl Newell. Carter also teamed up with Lucy Tilden to win in mixed doubles.