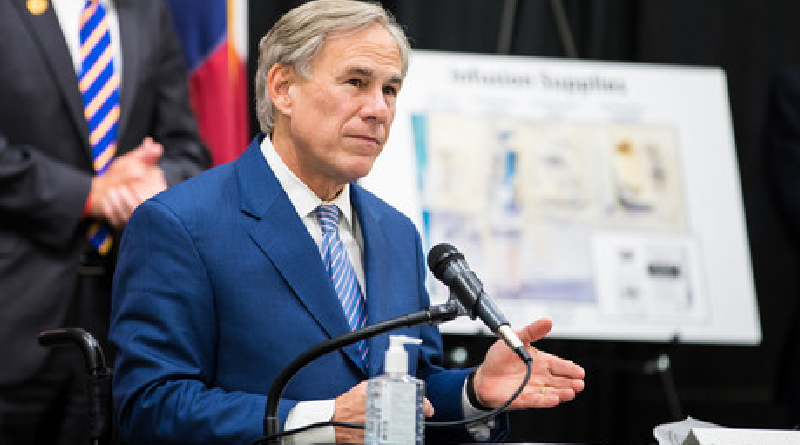 Despite requests from several of the state’s hardest-hit counties, Gov. Greg Abbott said Thursday he has no plans to cede any of the state’s control over to them.

Harris, Dallas, and the leaders of other counties have taken to social media to ask Abbott to give them more control to create tailored responses to what is happening in their particular area. Abbott shot that down at a press conference in Lubbock.

Abbott said that data suggests that the spread is not happening on the occupational level, but instead in casual, avoidable contact such as gatherings at homes, so a shut down won’t help.

“Shutdowns will not lead to the positive results that people think,” Abbott insisted.

He also said that he felt that local authorities aren’t adequately enforcing his existing orders.

“There are plenty of tools and the tool boxes of local authorities to achieve the goals that are needed,” Abbott said.

Earlier this week, Abbott pointed to an executive order he issued in October that allows for further restrictions – a “ratchet back” plan – if some areas experience spikes.

That order mandates that trauma service regions that have COVID-19 patients in more than 15% of their beds for seven consecutive days will trigger rollbacks, such as bar closures; reduction of occupancy for restaurants, stores, movie theaters, and bowling alleys to 50%; and postponement of elective procedures.

“Everyone knows we have an increase in COVID-19 cases in Texas right now,” he said, adding that he felt Texans had learned best practices like mask wearing and maintaining social distancing from the summer surge. “We’ve been there before. We can do it again.”

Abbott was in Lubbock to announce that shipments of bamlanivimab, a new monoclonal antibody therapy from Eli Lilly & Co., will arrive in the state soon. It was approved by the U.S. Food and Drug Administration on Nov. 9 for adults and children ages 12 and older.

The Texas Department of State Health Services has allocated the first shipment of bamlanivimab to acute care hospitals across Texas, with additional doses expected to be shipped each week. The agency said it will prioritize communities with high COVID-19 counts, as well as increased hospitalizations.

But not everyone who falls ill with COVID-19 will be eligible for it. It works best, research indicates, on patients with mild to moderate symptoms. It can’t be taken prophylactically, and isn’t for people in the late stages of infection.

“Typically it’s those who are 65 years or older and with some other, health care-based issue and early-stage COVID,” Abbott said.

About 80,000 doses of the therapy, which is administered over an hour by IV, will be shipped across the country, at no cost to the states. The company said it should have up to a million doses by the end of the year.

“This therapy drug will help prevent hospitalizations and reduce the strain on our healthcare system and workers,” Abbott said. “However, as encouraging as these advancements are, there is still no substitute for personal responsibility. The State urges all Texans to continue to wear a mask, social distance, and wash your hands, especially as we head into the holiday season.”

Last week, Abbott announced that the DSHS has developed a vaccine distribution plan and is encouraging health care providers to enroll in the state immunization program so they can administer the COVID-19 vaccine as soon as it’s available.

“Swift distribution of vaccines and medical treatments will begin to heal those suffering from COVID-19, slow the spread of the virus, and aid in reducing hospitalizations of Texans,” he said. “As we anticipate the arrival of COVID-19 vaccines and treatments, the State of Texas is prepared to quickly distribute those medicines to Texans who voluntarily choose to use them.”