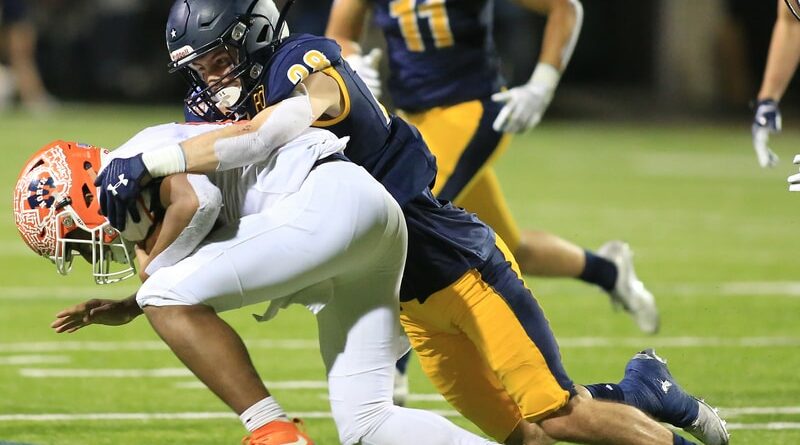 The last time Highland Park visited Rose Stadium in Tyler, the Scots came away with a Class 4A Division I state championship — defeating Marshall 59-0 in 2005.

The stakes will be considerably lower when HP makes a return trip on Friday to face Tyler, looking to continue its unbeaten season and remain atop the District 7-5A standings.

As they enter the home stretch of this abbreviated regular season, the Scots (5-0, 3-0) appear ready for the playoffs on both offense and defense, as evidenced by a dominating 56-14 victory over McKinney North last week.

In that game, HP raced to a 35-0 first-quarter lead behind a typically stingy defense and a potent passing attack led by quarterback Brayden Schager, who has thrown for 1,481 yards in just five games this season.

Besides the balanced offensive attack, the HP defense has surrendered just one touchdown in each of its last two games — both against opponents who have lit up scoreboards this year.

When the Scots last faced Tyler, which shortened the name of its school during the summer to remove prior namesake John Tyler, they needed a frantic fourth-quarter rally to survive in the fourth round of the 2018 playoffs on their way to a third straight championship.

They might not need those types of heroics this time, as the tradition-rich Lions (2-4, 2-1) are in the middle of a rebuilding season. However, Tyler has bounced back after an 0-4 start with back-to-back wins over West Mesquite and Wylie East.

The run-oriented offense for the Lions features a handful of playmakers including Jacques Jones, who keyed last week’s win over Wylie East with two fourth-quarter touchdowns. Jones also plays linebacker.

HP can clinch a postseason berth with a victory on Friday, despite having two games remaining in the regular season.