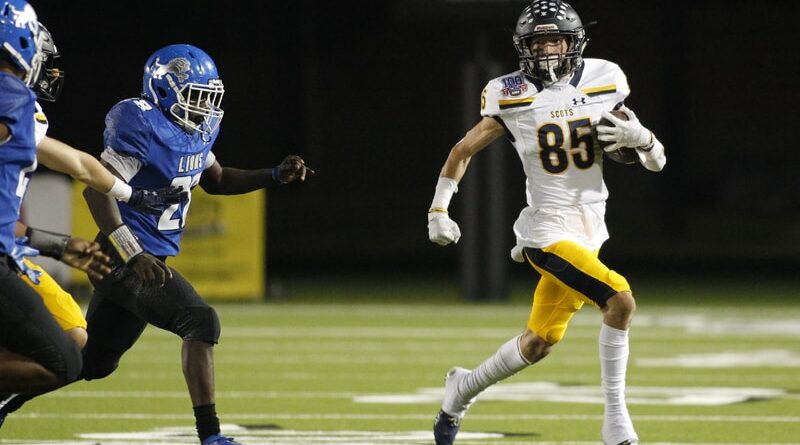 TYLER — Highland Park scored six offensive touchdowns on Friday, but it was the defense that set the tone.

The Scots built another big early lead against an overmatched opponent and cruised to a 49-10 victory over Tyler at Rose Stadium. In the process, undefeated HP clinched a playoff spot and remains atop the District 7-5A Div. I standings with two games left.

The Scots (6-0, 4-0) opened up a 36-0 lead late in the second quarter thanks to timely defensive stops, favorable field position, and an opportunistic offense.

Brayden Schager passed for 288 yards and two touchdowns, and also ran for a score. Anthony Ghobriel gained 99 yards on the ground and scored twice. HP accumulated 523 yards of total offense. 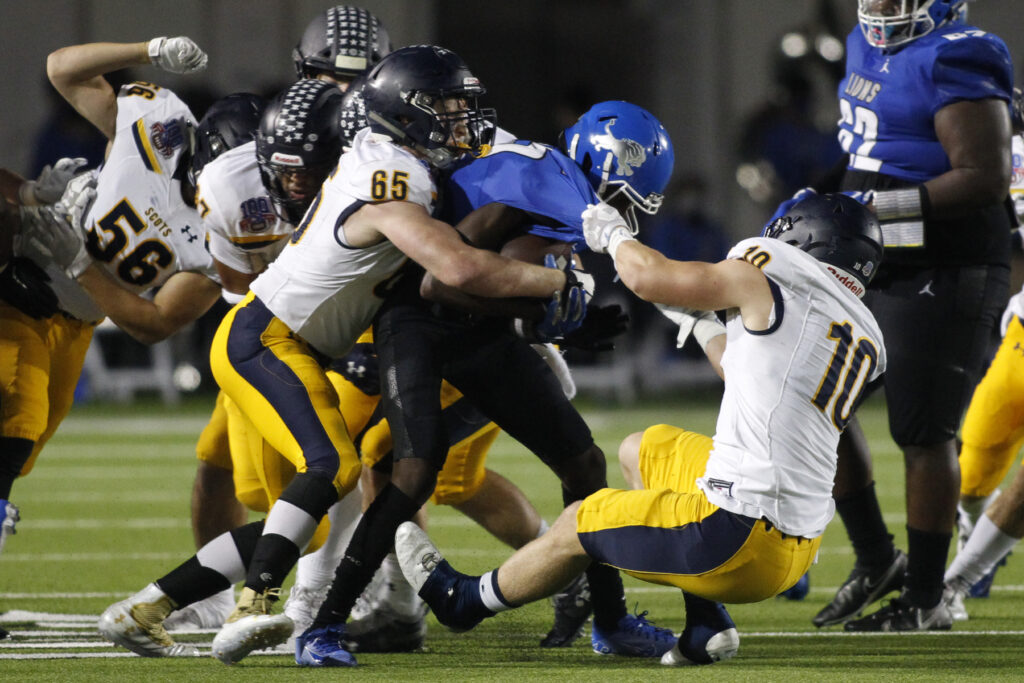 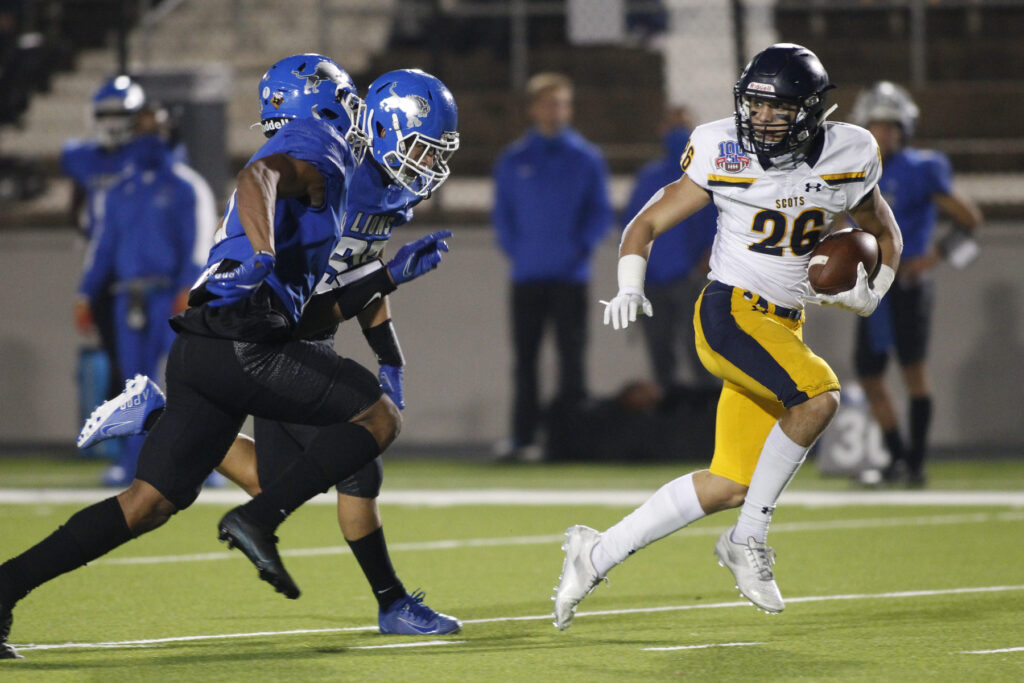 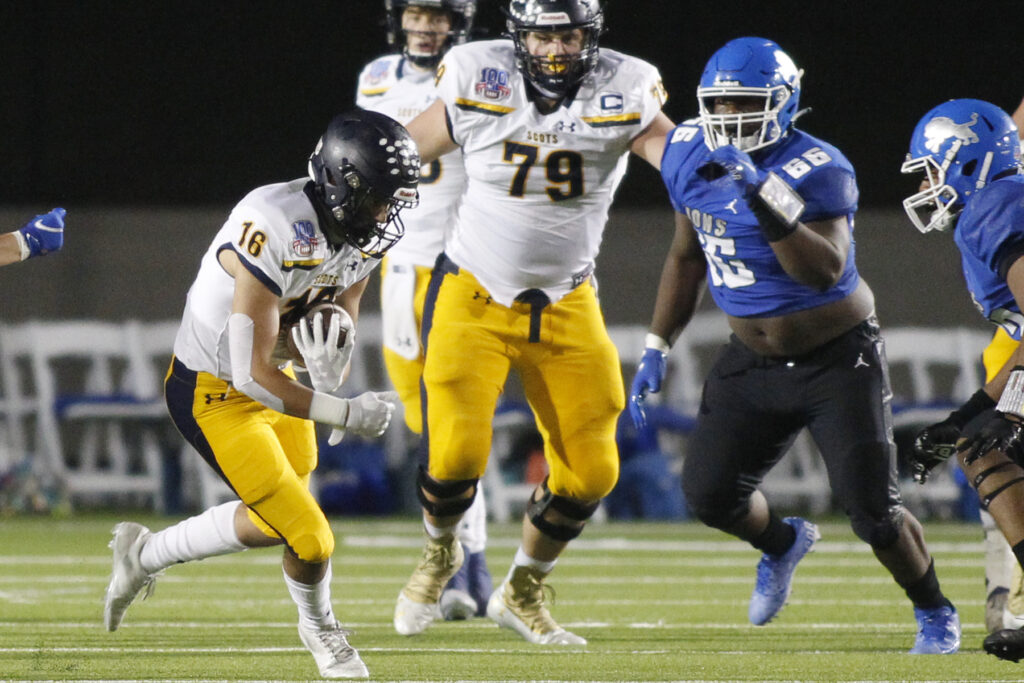 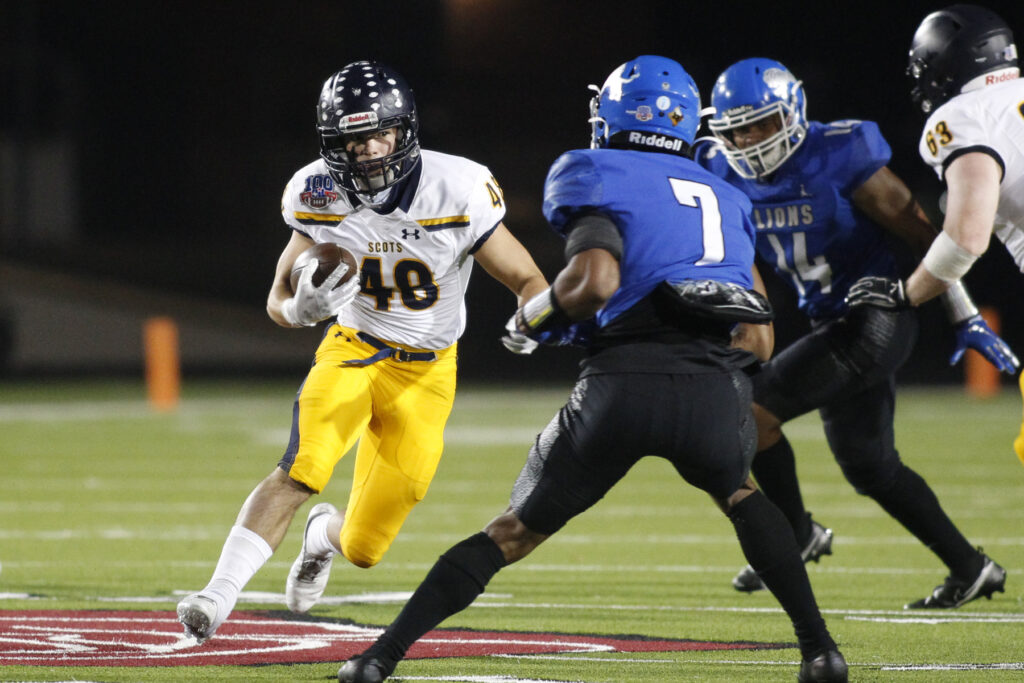 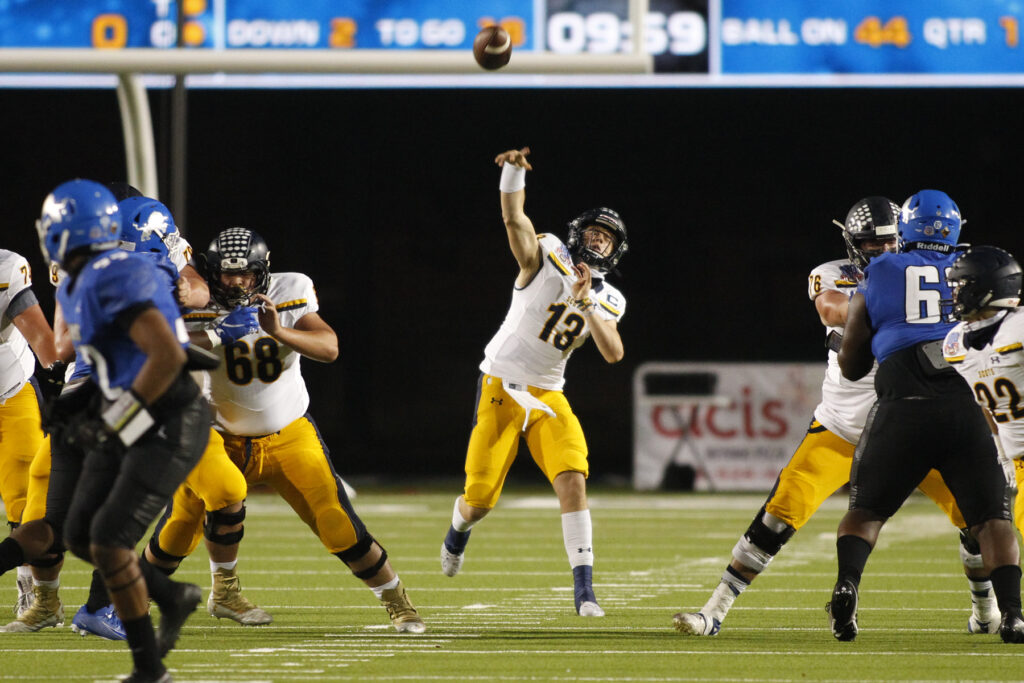 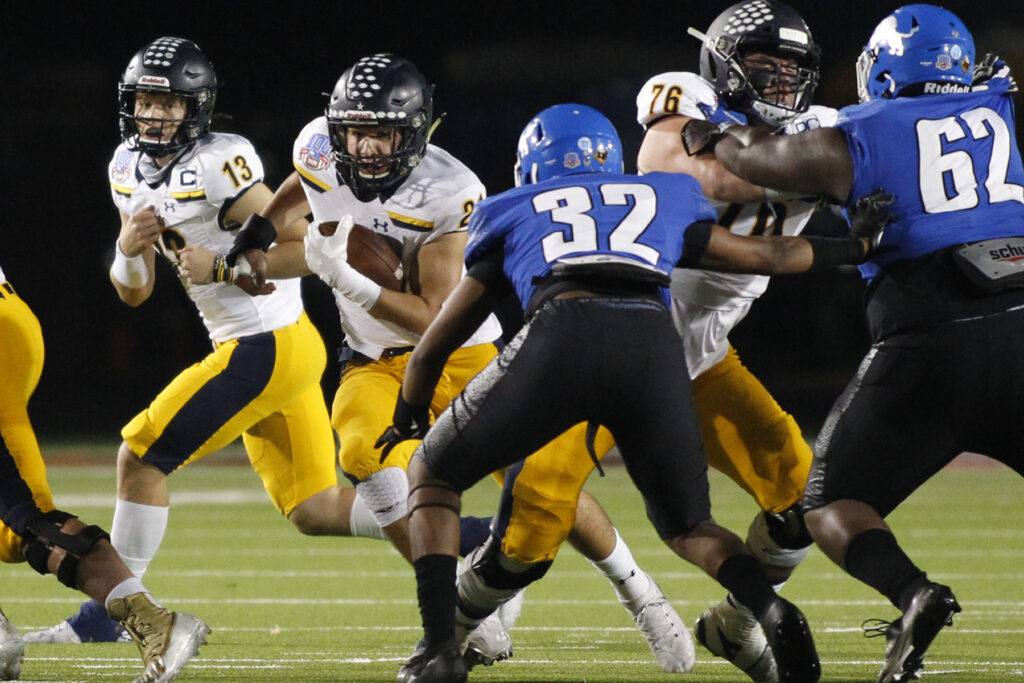 Meanwhile, the Highland Park defense held the Lions (2-5, 2-2) to just 52 total yards before halftime. Tyler gambled on each of its first two possessions by leaving its offense on the field on fourth-and-1 in its own territory.

Both times, the Scots stuffed a running play and gave the offense a short field. HP’s first two touchdowns capped drives of 29 and 27 yards, respectively — a 22-yard pass from Schager to Brooks Bond, and a 1-yard plunge by Schager.

Less than a minute later, HP’s Johnny Herring fell on a blocked punt in the end zone, and the lead ballooned to 19-0.

“They got penetration and made those stops. That just gave us field position and turned the ball over on their end of the field,” said HP head coach Randy Allen. “They wound up punting on fourth down for most of the night because they didn’t have any success early in the game.”

After a 27-yard field goal by Jack Stone and another defensive stand, the Scots drove 79 yards on six consecutive passing plays. Schager connected with John Rutledge on a 30-yard scoring strike.

The defense made yet another big play on the ensuing Tyler possession, when Cameron Laurie pounced on a fumble at the 1-yard line. Ghobriel plowed into the end zone on the next snap.

Montrell Wade tallied a game-high 111 receiving yards and scored the only touchdown for the Lions on a 62-yard screen pass from Eli Sanchez to start the second half.

Tyler’s Travion Ates intercepted a pass near midfield late in the first quarter, but the Lions failed to capitalize. Tyler never was able to generate any momentum from its rushing game, which finished with negative yardage.

To prepare for their second road trip to East Texas this season in the geographically diverse district, the Scots kept the same routine as the dramatic Longview win two weeks ago — including a stop at a roadside park near Van for sandwiches.

“It worked in Longview and it worked in Tyler. Our guys were ready to play,” Allen said. “If they’re focused and thinking about the game on the bus, it doesn’t matter how far you travel.”

HP is scheduled to host West Mesquite in its final regular-season home game next week, with an opportunity to clinch at least a share of the district title.